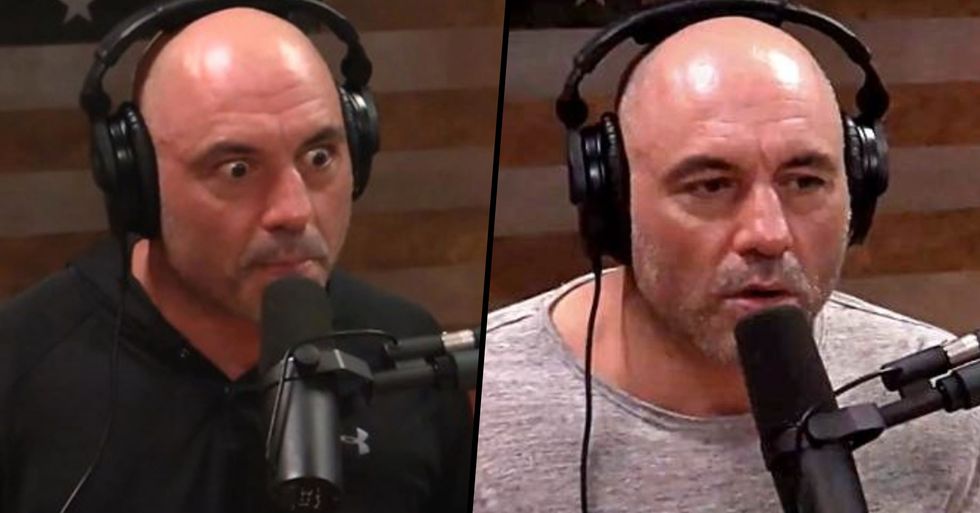 Keep on reading to see what he had to say...

The podcast host has been ruffling a lot of feathers recently and after he made a transphobic joke about Caitlyn Jenner this week, things have gotten even worse.

But now, the CEO of Spotify has defended Joe and the decision to keep his podcasts online.

And he's just gone and dug himself into an even deeper hole.

In his most recent podcast featuring Tim Kennedy, Joe decided to poke some fun at Caitlyn Jenner when discussing his joke-writing process.

A large majority have been defending the podcast host... including the CEO of Spotify.

But earlier this week, on September 16th, Vice obtained questions and notes from a Spotify company meeting in which CEO Daniel Ek defended transphobic episodes remaining on the platform.

Many people have been defending Joe following this breakthrough.

"People shouldn't get so offended."

Just because a small percentage of people are offended, doesn't mean the podcast should be canceled completely.

Do you think that it's time for Joe Rogan to be canceled completely? Keep on reading to see why people were horrified to hear Miley Cyrus on Joe Rogan's podcast...