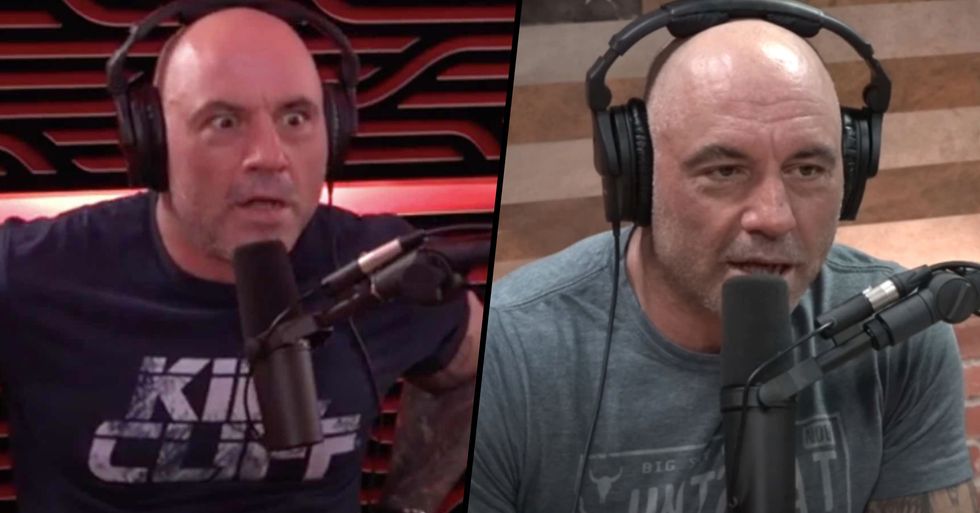 Employees are taking things into their own hands after Spotify refuses to censor the "transphobic" Joe Rogan podcasts, leading many to threaten something pretty serious if they don't listen.

Keep on reading to see what the employees have planned...

The podcast host has been ruffling a lot of feathers recently and after he made a transphobic joke about Caitlyn Jenner this week, things have gotten even worse.

But now, employees have decided to do something pretty extreme if Spotify doesn't censor Joe's podcast.

And he's just gone and dug himself into an even deeper hole.

In his most recent podcast featuring Tim Kennedy, Joe decided to poke some fun at Caitlyn Jenner when discussing his joke-writing process.

The CEO of Spotify has been defending the podcast host.

But earlier this week, on September 16th, Vice obtained questions and notes from a Spotify company meeting in which CEO Daniel Ek defended transphobic episodes remaining on the platform.

And unsurprisingly Spotify employees have taken things into their own hands...

They are now demanding that Joe Rogan's podcast gets censored after feeling “alienated" by his controversial episodes.

However, the company still claims they won't yank the episodes in question.

Leading to some New York-based employees to talk about starting a strike.

And we are all in support of it...

“Some of the group’s demands have already been met by Spotify management, though a refusal to allow further changes is stirring talk of a high-profile walkout or strike. According to preliminary plans shared with Digital Music News, the strike would principally involve New York-based Spotify employees, and would be accompanied by protests outside Spotify’s Manhattan headquarters. Other aspects would involve media appearances and coordination with other activist organizations."

Let's see if Spotify comes to their senses...