This group of teenagers must be feeling that. | 22 Words 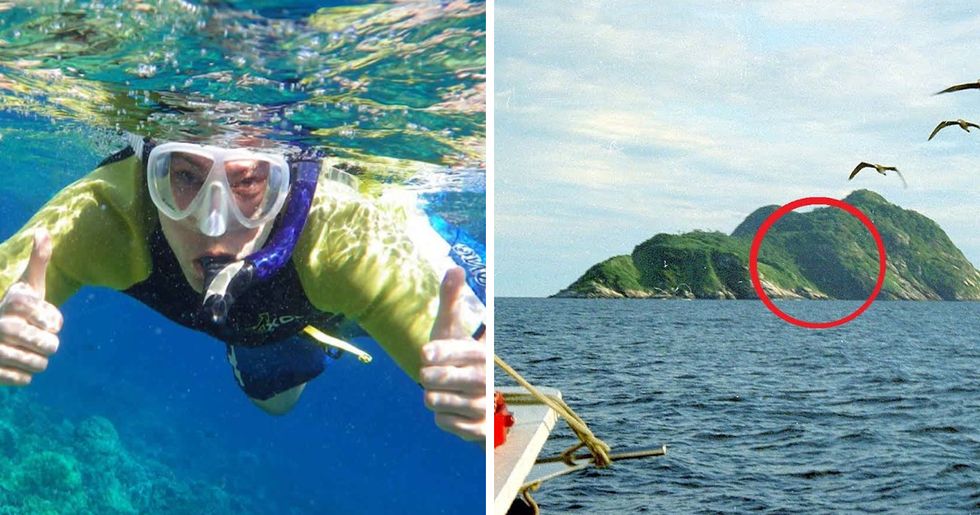 Spring break is traditionally the time to have a little adventure. Just be careful, or you may end up with too much adventure!

That's what happened to Emily Ince and her group of friends while on holiday in Thailand. The group of British teens was looking for a fun island excursion. But instead, they ended up with more of an island nightmare! Now, everybody is okay, but things got pretty intense when the group landed on a small island inhabited by snakes.

It's a good lesson for travelers to learn: know when a business is legit, and when it's probably best to steer clear. So keep reading and find out what happened to this group of overly-adventurous spring breakers!

What happens during Spring Break...

...Doesn't always stay with Spring Break. Especially when it involves the kind of stuff this group of teenagers endured!

You get to swim, you get to experience either a beach, a boat ride, or both, and you get to see all the gorgeous marine life!

Which means plenty of businesses crop up for it.

When you vacation somewhere warm, there are always multiple companies that plan excursions like this. You'll see advertisements for group snorkeling, boating, and other popular pastimes.

But be careful where you put your money.

And your trust. Because when you're traveling abroad, it's important to separate the proper businesses from more unsavory types.

One group of British teenagers claimed they paid for a snorkeling trip in Thailand and were instead left for dead.

Left to the mercy of snakes, no less.

According to Emily Ince, 19, her group was marooned on a remote island infested by poisonous snakes!

This all happened last June.

But it's only coming out now, in March 2019, because a tweet from Ince about all of this recently went viral.

Here's how it happened.

Ince and 17 friends from Britain were on a dream holiday in Thailand. While at the seaside resort of Hua Hin, south of Bangkok, they were approached by three men.

The men told the group of teens that they were selling snorkeling trips, apparently somewhere away from the resort.

The teens were tempted by a "discount."

The snorkeling tour was offered at what looked like a cheap price, and each traveler paid £20 ($26) each.

Turns out...not so good a deal.

"I was in the first group and we were really excited, but as we came close to the island, they stopped the boat about 32 feet away and made us swim from the boat to the island," Ince continued.

Yeah, this is where things get dicey. I wonder if there were any noticeable red flags along the way? You'd hope a reputable excursion company would be distinguishable from a scam.

And what about the equipment?

Because it definitely sounds like there wasn't snorkeling equipment for everyone...so how come the passengers assumed there was?

But apparently, they noticed nothing "off" until the island.

Because according to Ince, off the shore of the remote island is where everything became obviously wrong. “When we eventually got on the island, the three men just chucked us two snorkeling masks, which looked like they were from Poundland (a discount UK chain) or something, and advised we keep away from the snakes," she said.

But they started swimming.

“Understandably we were confused and a bit concerned about that," Ince said, "and then my friend got stung by a jellyfish whilst swimming over because the waters were infested with them."

The teens were more preoccupied with the snakes.

"We were terrified when he mentioned the snakes. I was genuinely concerned we were going to be trafficked or something," Ince said.

Which is a pretty reasonable fear, in this situation.

Still, three dudes with a small boat offering rides? That had to have looked sketchy from the get-go.

Ince said one of the members of their group even said she felt like they were on “I’m a Celebrity, Get Me Out of Here."

So, they're left on this island.

And that's bad (and strange) enough. But how they escaped the island is even stranger!

First, the group was spotted.

A local fisherman saw them and stopped to help the group out. But even this fisherman wasn't the group's ride off of the island.

“We were there for hours; in the end, we saw a fisherman and he helped us contact the people who worked on the beach," she explained.

Instead, the fisherman helped them contact the original three men.

That's right: the guys who dropped them at the island in the first place came and brought them back. What?!

Apparently, it took some smooth talking.

“It took a lot of effort and persuasion but the three men came and got us and the journey back to Thailand was very quiet because everyone was so angry," Ince said.

Can you imagine what that boat ride back was even like? I have no idea how you'd trust the same people who forced you off their boat to come and give you another boat ride!

And this was a difficult position for the teens to be in.

Because that island they were stranded on is so remote and small that it's not even on the map.

Regardless, not much else was said.

Ince added, “The icing on the cake was they refused to refund us — which we half expected."

So, once again: make sure you're careful when traveling abroad. Clearly, the phrase "better safe than sorry" exists for a reason!

This group of teenagers must be feeling that.

But at least everybody was okay! Because out of everything that happened, all of the teenagers came away unscathed. Thank goodness! How strange was this travel nightmare? Share the story with your own friends!