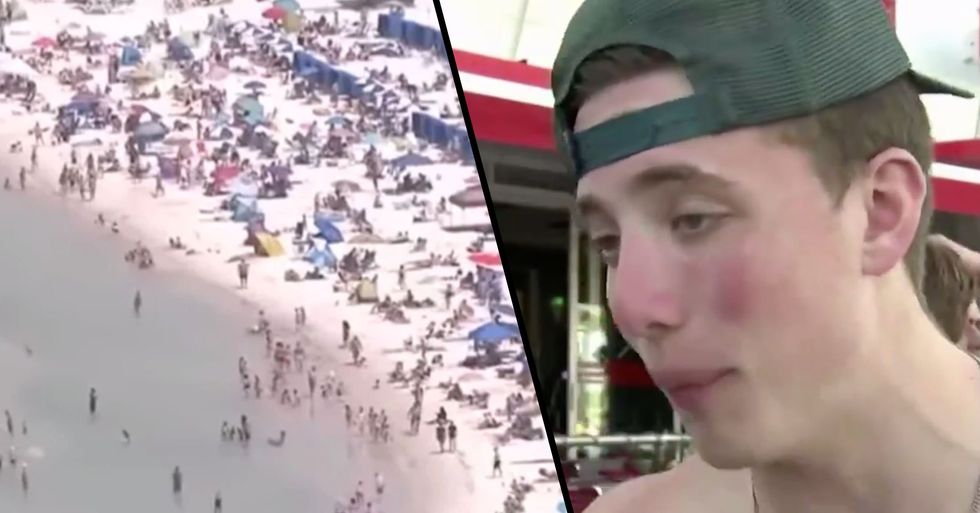 But it seems that not everyone is feeling this panic after recent scenes at a Florida beach during Spring Break.

Keep scrolling to find out more about these reckless Spring Breakers...

223, 104 to be precise. And, devastatingly, a staggering 9,149 more have been reported to have died from the illness.

With 328 positive cases of coronavirus in the state of Florida, many of whom are teens or in their early twenties, the Centers for Disease Control has advised that all events with more than 50 people attending should be canceled - meaning people need to start taking this very seriously.

They then interviewed a young woman...

"It's really messing up with my Spring Break, what is there to do here other than go to the bars and the beach? And they're closing all of it... I think they're blowing it way out of proportion," she (unbelievably) said.

"We're going to enjoy ourselves, we're having parties all-day - It's my birthday, it's St. Patrick's Day... turn up!"

Of course, these comments have angered a lot of people.

@CBSEveningNews Young and stupid. There’s just no polite way to respond to this level of self-absorption.
— JJMahoney (@JJMahoney)1584559075.0

Many have been branding these youngsters as "self-absorbed" and "stupid."

Many are offended by their selfishness...

And it really isn't hard to understand why.