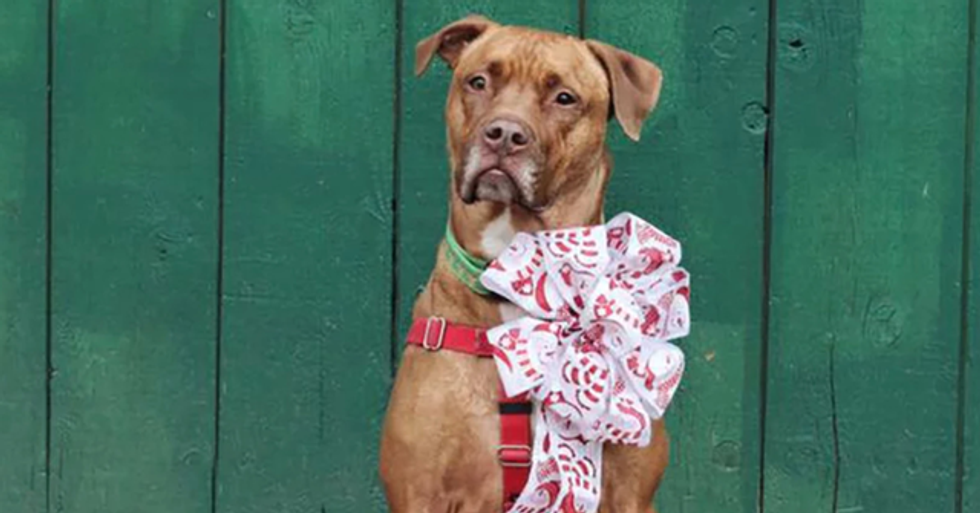 It's about time we had a little bit of good news, isn't it?

After patiently waiting for a staggering 1,250 days, a lonely shelter dog has finally found his forever home.

This is incredible news...

Because, these days, far too many dogs are living out their days in animal shelters.
It's a real issue - according to statistics by the ASPCA, approximately 3.3 million dogs are surrendered into animal shelters nationwide every single year.

But sadly, too many people don't realize this, and they are quick to give up their pooches once they've grown bored and tired of them.

Around 670,000 of these pooches end up being euthanized every year, as a tragic result of never finding a fitting home.
An animal shelter is no home for a dog - the permanently unsettled, and somewhat chaotic and overcrowded environment of a shelter can cause great stress to our poor pooches.

So this is why it is of the utmost importance to adopt rather than shop.

Puppies are cute, I know... But older dogs need love too!

In the last couple of years, adoption has actually been rising in popularity...

And more and more people are opting for animal shelters over pet stores every year.

However, despite this boost in popularity, shelters still need all the help they can get in order to rehome all of their 4-legged residents.

Because some dogs struggle to find homes more than others...

And this brings us to the sorry tale of Bowie.

Bowie, a 6-year-old pit bull, was born while in the care of Gateway Pet Guardians...

And he was initially adopted as a puppy.
However, for reasons unbeknown to us, Bowie was very quickly brought back to the shelter, where he has remained until this very day, 1,250 days later.

It's been a sorry old time for Bowie.

Who wouldn't want to adopt that adorable face?!

But, earlier this month, everything changed for the forlorn pooch.

The rescue center decided to share his story in the hopes of finding someone who would give him a chance at a happy life.
Speaking to KMOV, Brittany Fleming, the rescue's placement manager said: "We need help from the public to help find this guy a home. He’s a great dog who is very well trained and just needs someone to give him a chance. Whoever adopts Bowie is going to inherit a bunch of new friends because he has quite the fan club rooting for him."

And, miraculously, their appeal worked!

Bowie's new owner took him to his forever home on Friday night.
According to WKYC, Bowie's adoption fee was covered by "one of his fans" and he and his new owner get 4 free sessions of in-home private training and a professional photo shoot.

It's the least this pooch deserves.

We wish Bowie and his new owner a lifetime of happiness together.

It has never before been so important to adopt...