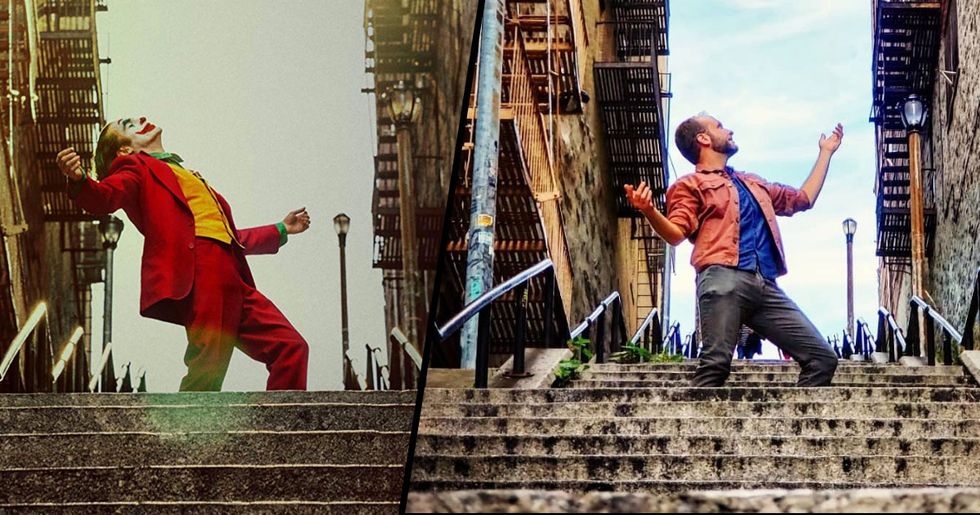 But the movie's success has created a huge and unlikely tourist attraction, with hundreds flocking to the location to get the perfect Instagram snaps. Keep scrolling to find out more...

Joker is slowly pushing its way into the top-tier.

But it's not just the movie ratings and the controversy that is causing Joker go viral...

It's actually the stairs that Phoenix dances down in the movie - which are also the same stairs on the movie's front cover - that have become a huge tourist attraction.

It's time to forget the Statue of Liberty...

The Joker stairs are located in The Bronx in New York City and connect Shakespeare and Anderson avenues at West 167th Street.

Fans have wasted no time in visiting the Joker stairs...

And they have been proudly sharing their Joker-themed photoshoots on social media.

Many are clearly just excited to be there...

And the die-hard fans have traveled many miles to stand on the infamous Joker steps.

But a lot of people have been giving their best Joker impressions...

And some of the results look pretty amazing.

But many seem to not realize that the stairs are in a residential area...

So an area filled with family homes and schools has now been mobbed with enthusiastic Joker fans... not ideal, really...

And despite the fans' enthusiasm...

Not everyone is impressed.

It has probably gotten a little annoying for local residents...

Some locals in the area have voiced their frustrations, such as Twitter-user Desus Nice, who recently wrote: "Legally as a Bronx resident you're allowed and encouraged to tax anyone visiting the joker stairs."

It has to be said, it's a pretty nice effort on the fans' part.

Who knows if the hype will eventually die off, or if the Joker stairs will become a timeless tourist attraction? Only time will tell...