Basically, don't let being alone stop you from doing the things you're passionate about. | 22 Words 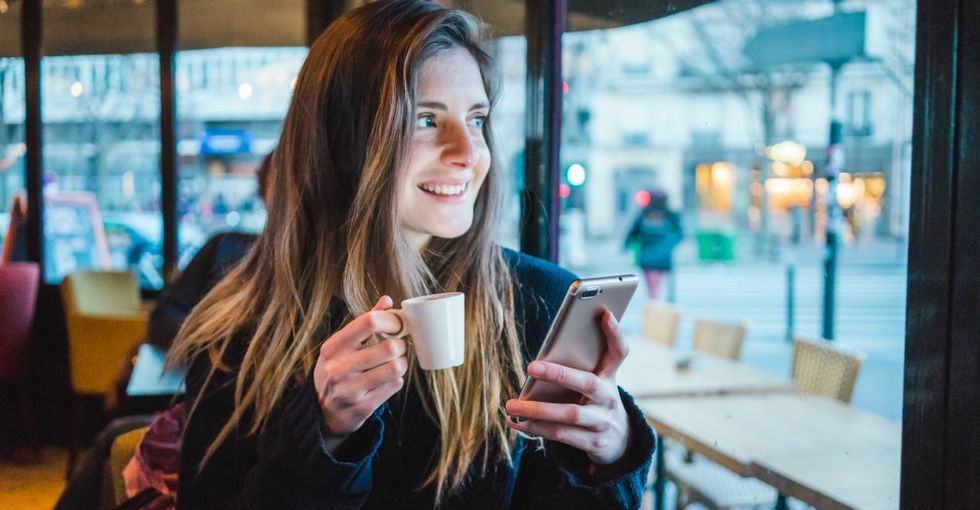 Staying Single Is Better for Your Health, Says New Study

Doesn't it seem like everyone is getting married and having babies these days? Every day, a new engagement announcement or pregnancy post pops up on your Facebook feed, and you always have the same reaction: "Good for them." Although, instead of sincerity, your voice is dripping with sarcasm. Sure, you're happy for them, but you can't help but wonder when your time will come, and the thought of being single forever fills you with a profound sense of dread.

Well, I've got some good news for you: A recent study has shown that choosing to stay single throughout your adult life is actually better for your physical and mental health than being in a relationship. How could that possibly be the case, you may be asking yourself? Keep scrolling to find out why never finding the love of your life might actually be the best thing that's ever happened to you.

Being single can be a mixed bag.

It has its pluses and minuses, depending on how you feel about being alone.

It can definitely feel lonely at times.

Every now and then you'll look around at your happily coupled friends making plans for their futures and wonder to yourself, "Will that ever be me?"

"Or will I be forever forced to wander this cold, unforgiving planet alone?"

There are, however, some definite benefits to remaining single throughout most of your adult life.

Like never having to compromise on what you want for dinner.

If you're a sane person who thinks pineapple on a pizza is gross, you never have to eat it. But what happens when you start dating someone who's into that sort of thing? You'll be forced to choke it down after your significant other convinces you to "just try it. You'll like it."

Never having to go on a horrendously awkward first date! Just think about it: You'd never again be forced to get dressed up and pretend to be a much more interesting, funny, and easy-going person than you actually are.

A recent study showed another benefit to remaining single that might surprise you.

Not being in a relationship has actually been shown to be good for both your physical and mental health.

At 63 years old, Bella DePaulo has been enjoying being single for the majority of her life.

"I never wanted to get married," she said in a 2017 TedX Talk. "Living single was my happily ever after."

A University of California Santa Barbara psychologist, DePaulo has been studying singlehood for the past ten years.

All of her findings have shown that single people are much more physically and emotionally healthy than those in a relationship.

Of course, that's not what our society would lead us to believe.

"The beliefs that single people are miserable, lonely, and loveless, and want nothing more than to become unsingle are just myths," DePaulo wrote in a blog on psychcentral.com.  So what exactly are the benefits of being single?

In a survey of more than 13,000 people between the ages of 18 and 64, it was discovered that the single, never-been-married participants worked out more often each week than those who were currently married or who had gone through a divorce.

A 2015 study showed the same types of results.

It compared the BMIs (body max indexes) for roughly 4,500 people in nine different European countries and discovered that single people had slightly lower BMIs than their married counterparts.

Single people also have a stronger circle of friends.

According to a study done in 2015 by social scientists Natalia Sarkisian and Naomi Gerstel, singles are more likely than married couples to communicate, make plans, and provide support to their friends.

"Being single increases the social connections of both women and men," said Sarkisian and Gerstel.

So if you always figured that married couples were always off hanging out with their married friends and having tons of fun without you, guess again.

A study was done on information collected from the 1998 National Survey of Families and Households in which 1,000 singles were compared to 3,000 married couples.

It found that single people claimed to explore their own personal growth more often than those in relationships.

To gain this information, they were asked the following questions: -For me, life has been a continuous process of learning, changing, and growth. -I think it is important to have new experiences that challenge how you think about yourself and the world.

The single participants more often "agreed" to these questions than the attached participants.

It seems that people in relationships are more likely to fall into a rut than to push themselves to grow as people. A few too many nights of "Netflix and Chill", perhaps?

Another surprising discovery was that single men can often become less generous after getting married.

In the late 1980s, thousands of American men were questioned about their finances and then again five years later.

DePaulo discovered that the men who got married gave $1,875 less on average to friends and family members than they did when they were single.

Weirdly enough, the men who ended up divorcing and then re-marrying returned to their less generous ways, giving $1,050 less than they did during their single years.

DePalo discussed these findings in her book "Singled Out".

"In sum, men who are single give no less to relatives than men who are married, despite drawing from one (rather than two) incomes and getting paid less to boot. And, they give more to friends than married men do."

Amy Morin, a psychotherapist, claims that solitude can have a number of benefits on a person's well-being.

Not only can it make you more creative, but it can also help with productivity.

"Time alone doesn't have to be lonely," said Morin in an interview with Business Insider in 2015. "It could be the key to getting to know yourself better."

"For many people, slowing down seems like a waste of time. But our brains need a chance to process what's going on around us."

So what's the difference between solitude and loneliness?

Morin breaks it down, and it actually sounds more fun than you might expect.

She recommends scheduling some time to be alone that doesn't involve screen time.

This can include things such as making a reservation for one at a restaurant you've been dying to try or going on a solo hike.

Basically, don't let being alone stop you from doing the things you're passionate about.

"Just be sure to silence your phone and treat yourself with the same respect you'd give someone else," she added.

At the end of her Tedx Talk, DePaulo wrapped up her thoughts on the concept of being single perfectly.

"For way too long, we single people have been told that the only way we can be truly happy is to get married," she said.

"And everyone can benefit from that. So, married people, now that you know the secrets of a successful single life, feel free to steal them and add new shades of bliss to your lives."

"And single people, you know what to do."

"Go out and live your single lives fully, joyfully, and unapologetically."

So, if you're currently in a relationship, try not to panic.

This doesn't mean that your body and brain are irreversibly destroyed simply because you've chosen to spend your life with another person. But it might be a good idea to take this information and use it to enrich your boring, non-single life.

Don't hesitate to smugly forward this article to every married person you know. And feel free to treat yourself to a fancy night out to celebrate your healthy life choices. You deserve it.