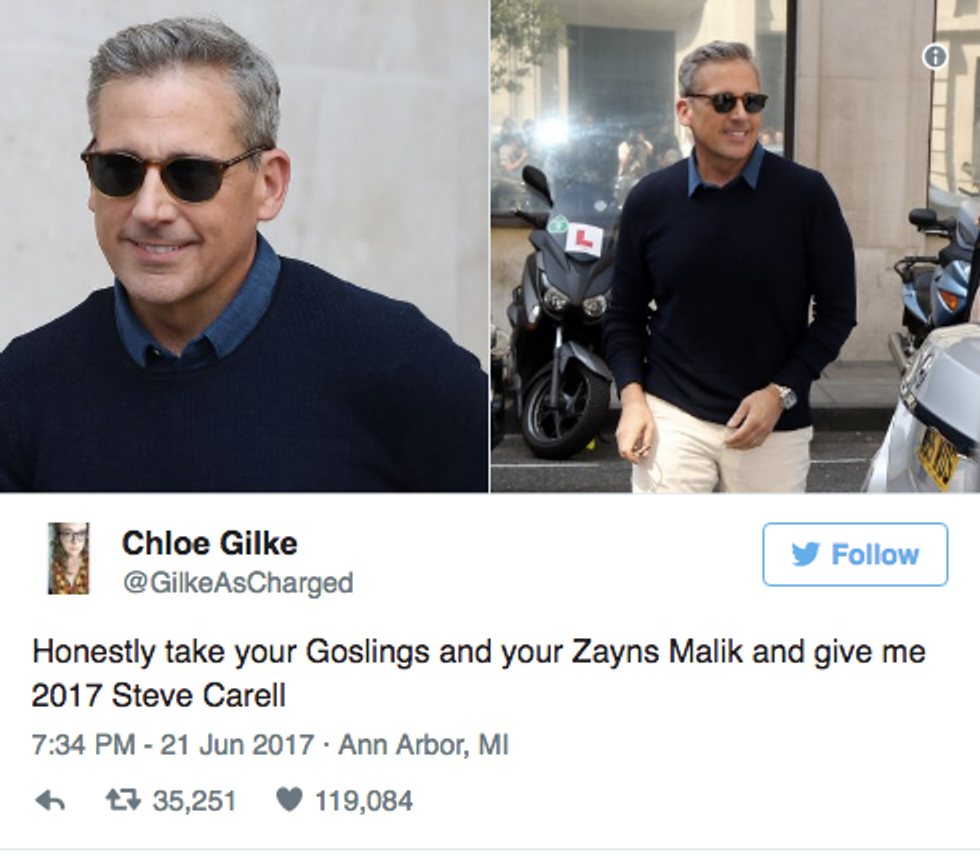 Steve Carell Doesn't Look The Same and People Are Freaking Out

I don't know about you, but I miss The Office. We could all relate to the crap that can go on when forced into a work environment that involves, well, everything that happens in an office.

But one of the best parts of sitcom was Steve Carell, whose portrayal of cringe-worthy boss Michael Scott was so bad it was good. And over the years, he's played some similarly awkward characters like Brick in the Anchorman series, Andy in The 40-Year-Old Virgin and the super creepy wrestling coach in Foxcatcher. Needless to say, Steve Carell hasn't exactly been considered a sex symbol in Hollywood.

That is until now. Time has been kind to the man because he has turned into one sexy silver fox.

While we've been fawning over all the hot Ryans and Chrises of the world, apparently Steve has been hunkering down and getting super hot.

So what does Steve think about all of this new "sexy" adjective being thrown around?

I am so sick of people just looking at me for my physical attributes," he joked to Entertainment Tonight. "It's just genetic. There's nothing I can do." Then he got (not really all that) serious, and added, "I'm bursting with pride. That's very nice." Yes, very nice, indeed.