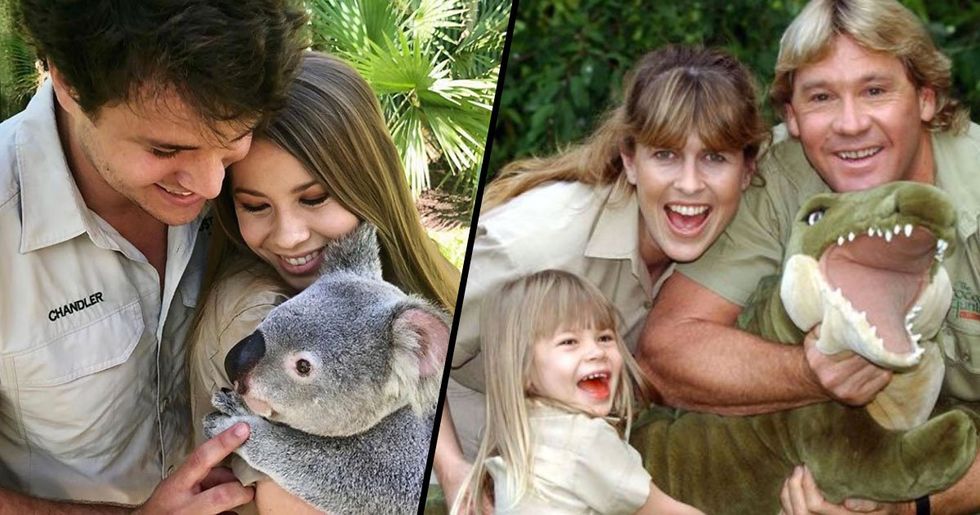 So, of course, the internet was suitably thrilled to see, not only that Bindi announced her surprise engagement on her 21st birthday, but that her now-finance proposed at Australia Zoo!

With wedding plans well and truly underway (keep scrolling for a glimpse of her dress!), news is in that her brother, Robert, will be walking her down the aisle and (and this is the best news of all) she'll walk down the aisle with a koala.

Now, Robert Irwin has revealed that he will be walking his sister down the aisle.

And, actually, Connor wasn't too far off with this one...

That's right! Bindi revealed that she'll be walking down the aisle with a koala.

I mean, it's definitely a lot more sensible than choosing to walk alongside a croc on your big day!

The wedding is sure to be as beautiful as it will be unique.

Bindi joked: "I'm not sure how many people have walked down the aisle with a koala, but we may be setting some new trends for weddings from here on out."

We wish the couple all the best!

Each time that the family is in the headlines, it's a reminder of all the work that they do to ensure that Steve's groundbreaking work isn't forgotten, and his mini-me son, just like Bindi, is a massive part of that. Earlier this year, Robert posted a picture of himself feeding Murray the crocodile at the exact same place as is father, fifteen years on. Keep scrolling to see the picture that's keeping Steve's legacy well and truly alive...