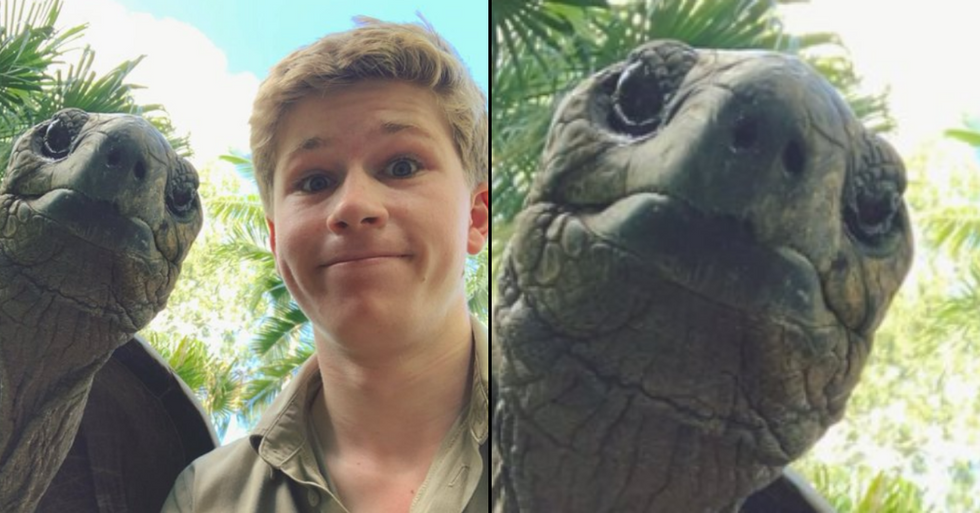 But nearly fourteen years on, the Irwins are working to fulfill Steve's legacy and he is still very much loved and remembered.

His son, Robert, is rapidly reaching adulthood and he now looks the spitting image of his father. And now he's warming the internet's heart with his social media posts from self-isolation...

And he has made many appearances on American TV to promote Australia zoo and the work that he and his family do for wildlife.

He is a very busy sixteen-year-old...

And rather than spending his spare time going to parties and playing video games, Robert enjoys campaigning for conservation and animal rights, particularly for animals in Australia... just like his dad did.

But his personality traits aren't the only similarities to the late Steve...

"You have never looked more like your father than you do in this picture," one user wrote, “And your smile radiates that."

Straight from self-isolation - and proving once and for all, he's truly his father's son. So cute! Want more celebrities in self-isolation? Keep on scrolling!
40%