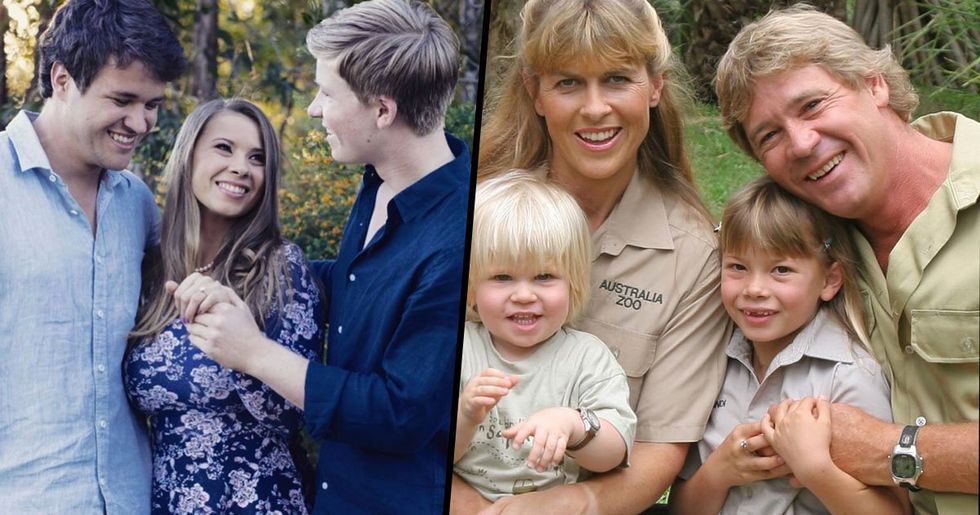 So, of course, the internet was suitably thrilled to see, not only that Bindi announced her surprise engagement on her 21st birthday, but that her brother, Robert, would be walking her down the aisle in Steve's place.

It seems only right that Bindi would ask her little brother to walk in her late father's place, and now Robert has spoken out about how he felt to be asked... Keep scrolling to hear what he had to say.

And now, Robert Irwin has revealed that he will be walking his sister down the aisle.

Bindi has opened up about her wish for Robert to walk her down the aisle in the past...

Speaking to Entertainment Weekly last year, Bindi explained, “I’m always so grateful that Robert is there, and he has been such a big part of my life and he’s always stepped up and been the one to give me a hug when I need it and encourage me forward in life."

And she's always wanted Robert to walk in her father's place.

“So he will definitely be the one to walk me down the aisle when the time comes," she continued, "and I think that will make it really special."

We have to admit, we wouldn't be entirely surprised at the sight of a crocodile ring-bearer...

And now, Robert has spoken out about the momentous occasion.

And he has revealed that he is completely "stoked" to be walking his sister down the aisle.

Robert is honored to walk in Steve's place.

Speaking to PEOPLE,  "Oh, I was just so so stoked. I was so excited and really honored for her to ask me to walk her down the aisle."

But does Chandler get Robert's approval?

Of course he does! Chandler and Robert have struck up quite the friendship, with Robert saying: "Chandler is absolutely perfect. I can't fault him, he's awesome." For more on Robert Irwin, keep scrolling...