A photographer has shared photos of inside of Steve Jobs' abandoned mansion that he spent years trying to demolish...

Now, we all know of Steve Jobs for thing in particular...

The CEO of Apple, right?

Jobs was an incredibly smart man who is widely recognized as a pioneer of the personal computer revolution.

Following battle against pancreatic cancer that lasted many years.

But prior to Jobs' death, he had another battle of a different kind...

Jobs spent over a decade trying to demolish his Woodside mansion in California. 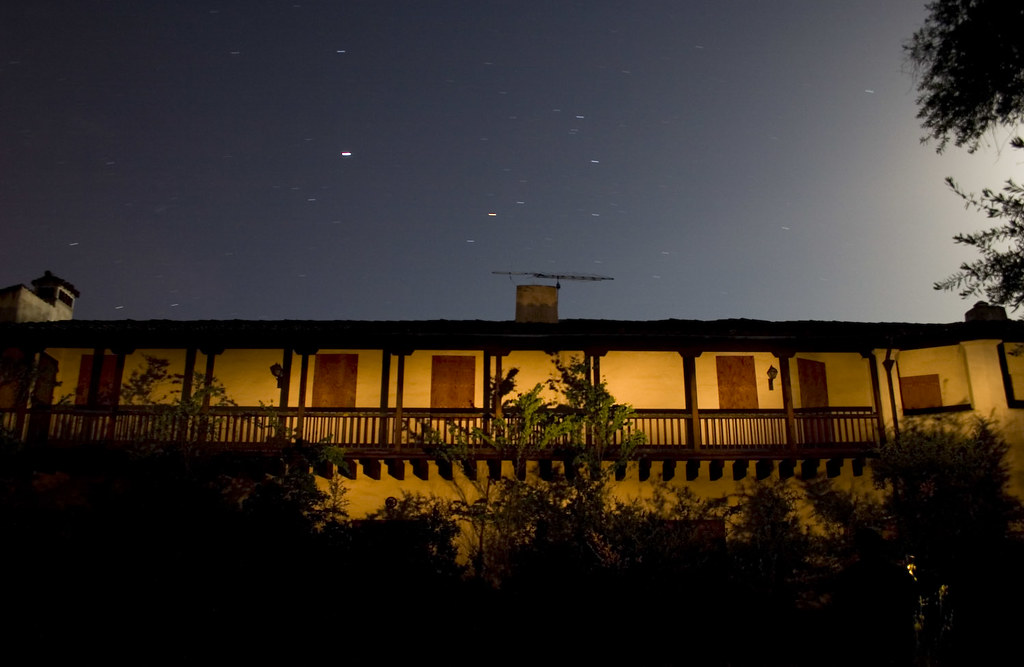 Also known as Jackling House, the mansion was first built in 1925.

Jobs eventually succeeded in demolishing the mansion just before he died. 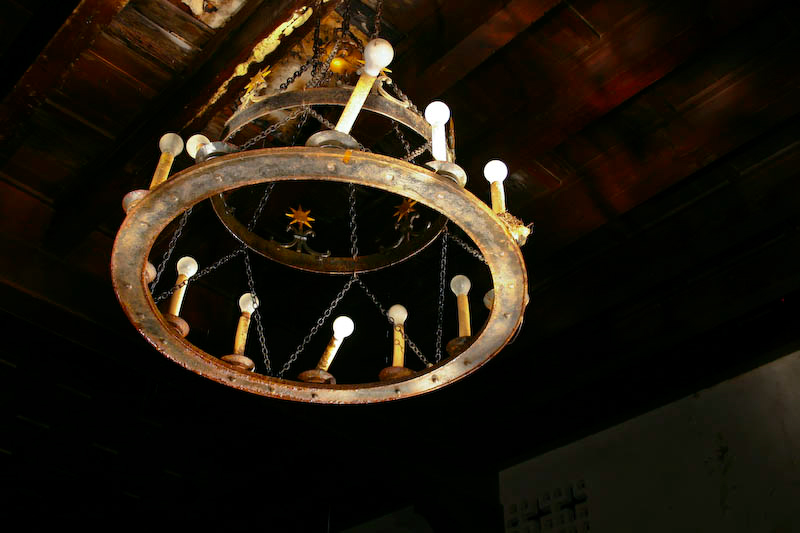 But, before it was destroyed, a photographer was able to access the property and capture it on camera.

Jonathan Haeber crossed over the gates of Jacking House to capture pictures of the estate. 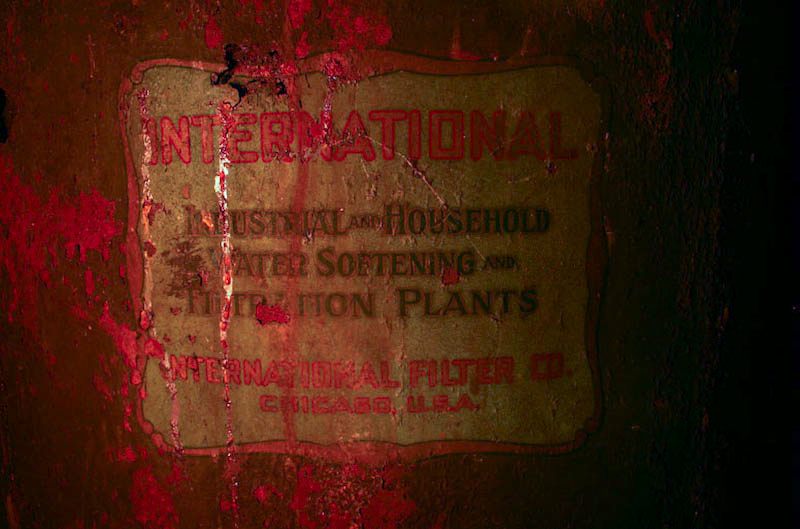 ​Unveiling to the world, the abandoned house. 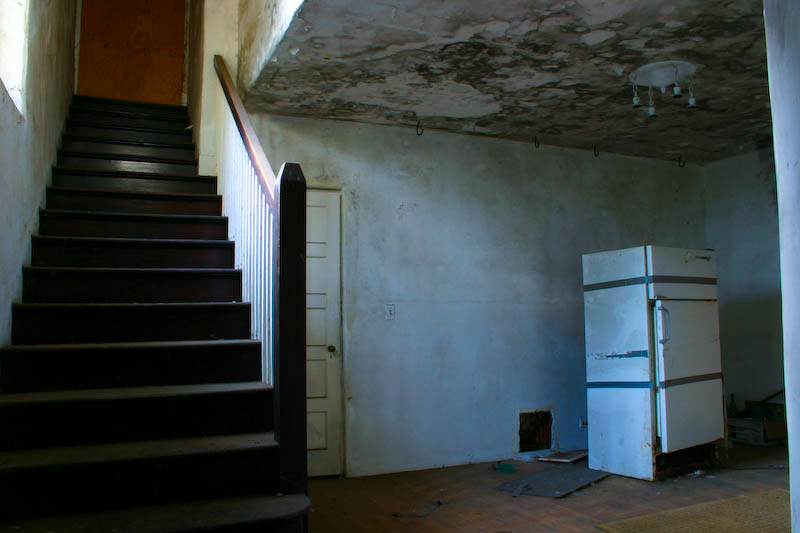 Smith was considered the foremost creator of the Spanish Colonial Revival architectural style that became popular in the United States.

As per the New York Post, it was first built for copper mining magnate Daniel Jackling. 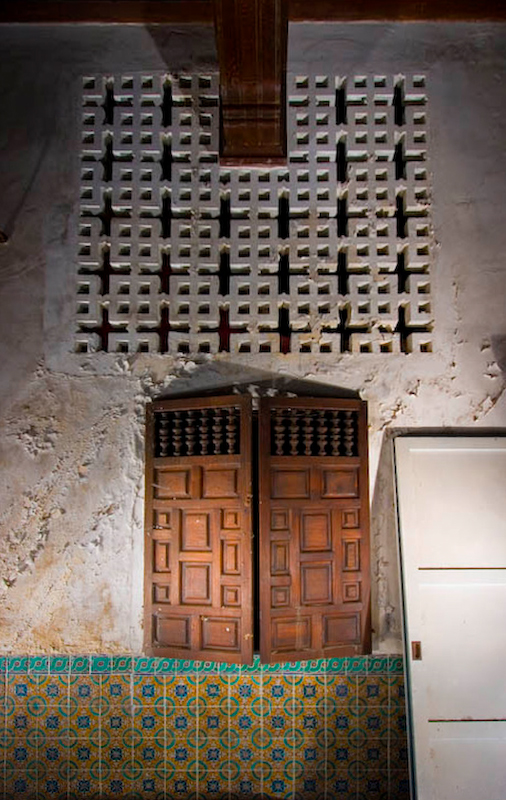 With the estate representing his aesthetic values and wealth.

Property records show that Jobs purchased the home for $3.5 million, back in 1984. 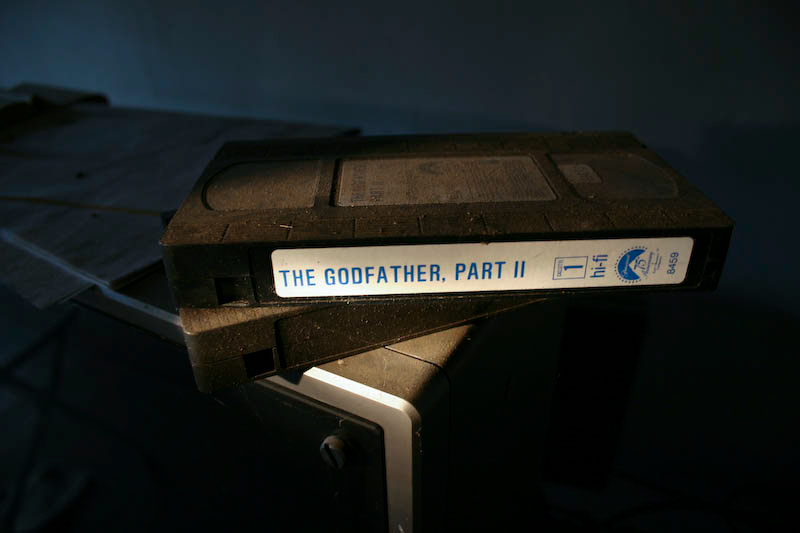 But, by the early '00's Jobs wanted to demolish it.

He saw the 17,250 square feet and thirty rooms as complicated. 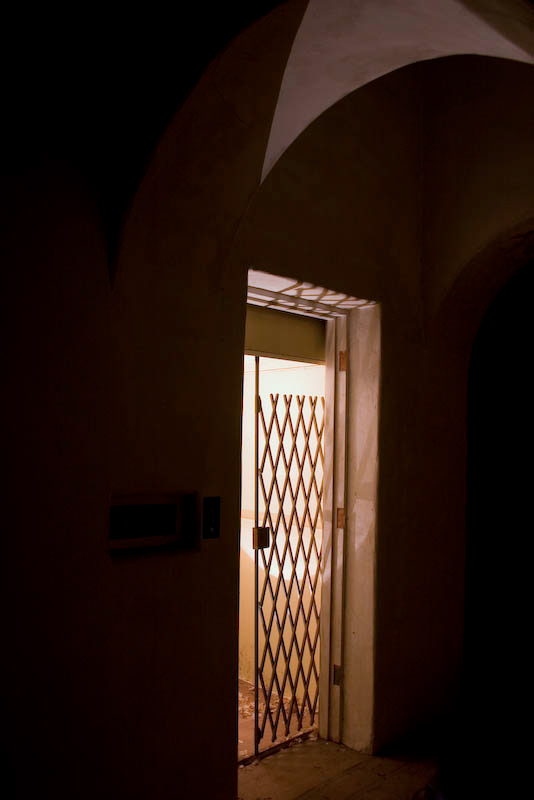 And wanted to replace it with something more minimal.

And so, his battle to have it demolished began. 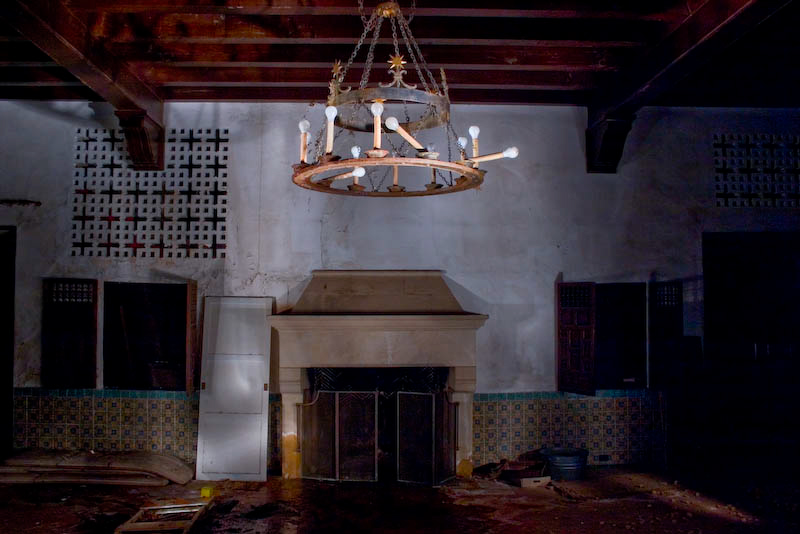 Jobs stopped maintaining the house in hope that it would force the city to knock it down.

The house sits on 6 acres with a built-in pipe organ as the centerpiece of the inside. 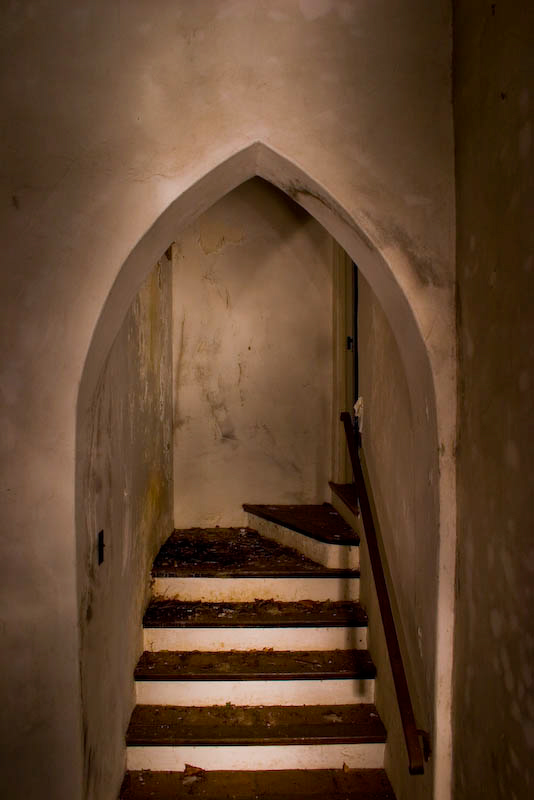 The gardens were previously landscaped gardens and a large traditional courtyard.

Open-air balconies looked out over the land. 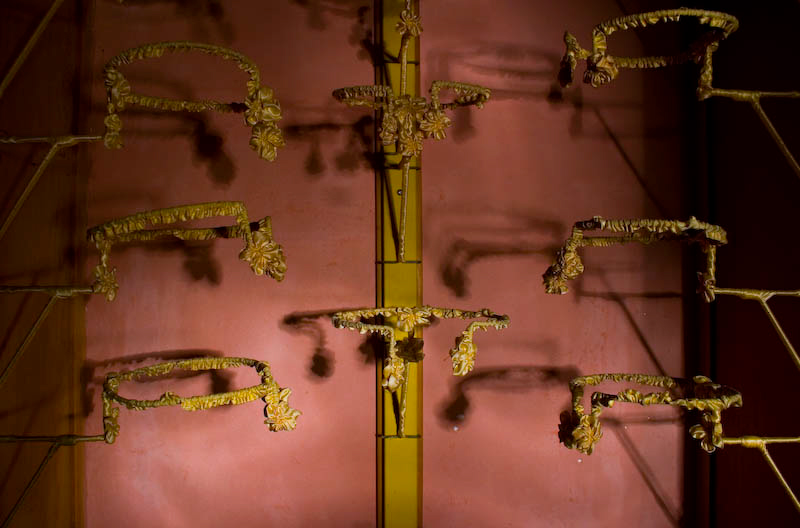 While many indoor-outdoor access connections were key in Smiths design.

Over the decade that Jobs hoped to have Jackling house demolished, he fought with many people. 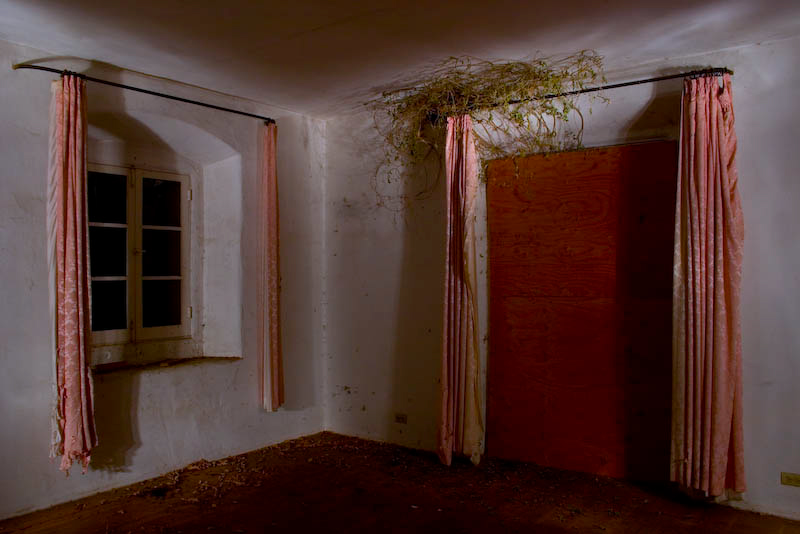 From local preservationists to the State Historical Resources Commission, he was determined to have the house demolished.

Eventually he had permission granted... 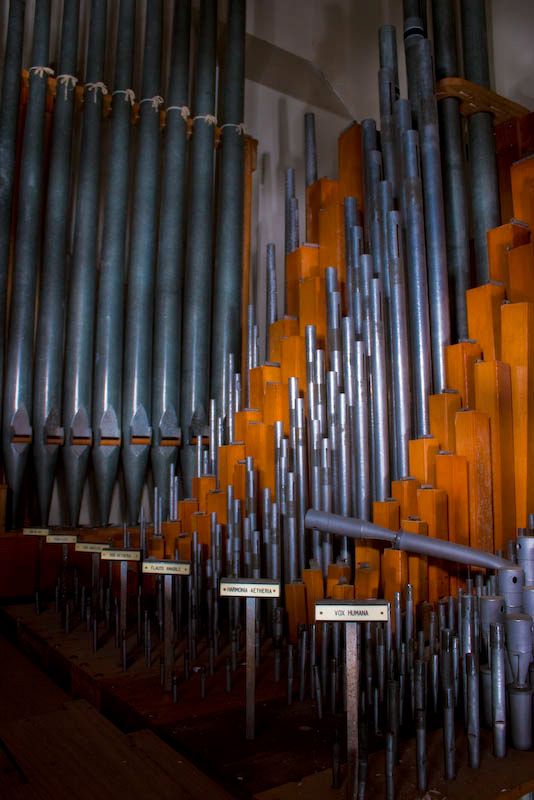 In May 2009, the Woodside Town Council granted the permit to demolish the home, but it came with 1 condition...

That Jobs must allow the house to be disassembled and moved elsewhere. 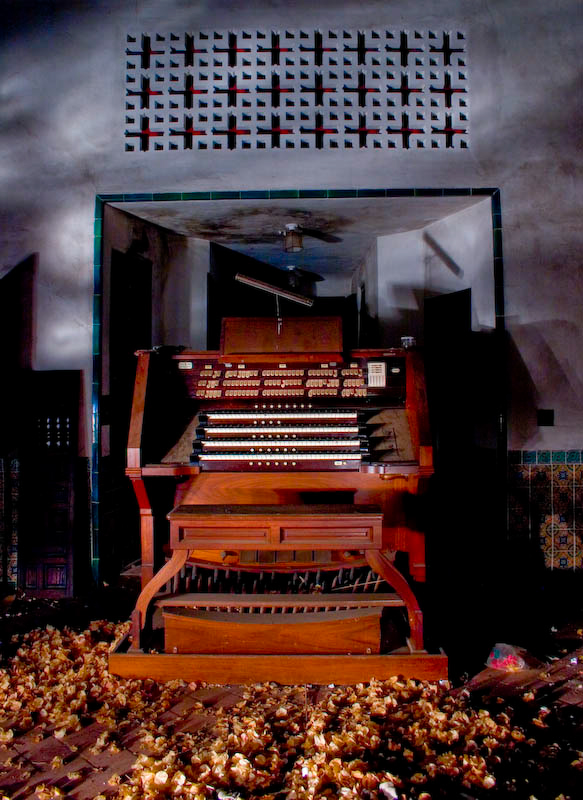 It was eventually demolished in February 2011.

An exhibit of the home, which includes furniture and photographs, can now be found at the Woodside Community Museum. 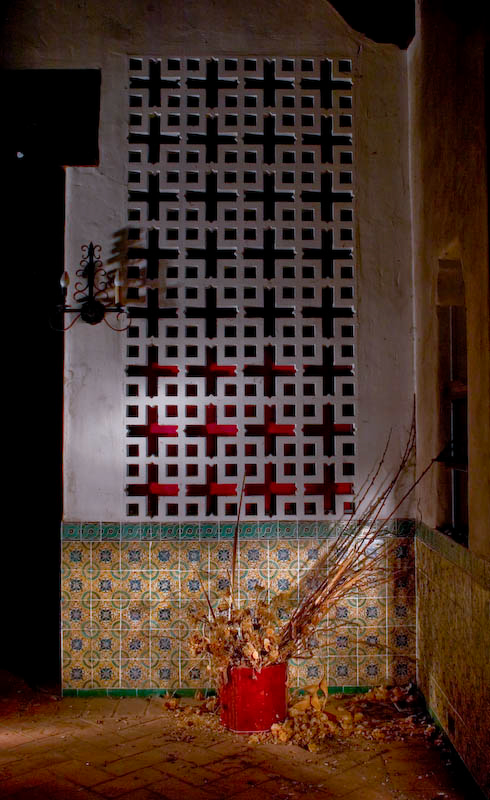 Photographer, Haeber spoke with the NYP revealing more about his time photographing the house.

"I had a lot of great memories at that place," he said. 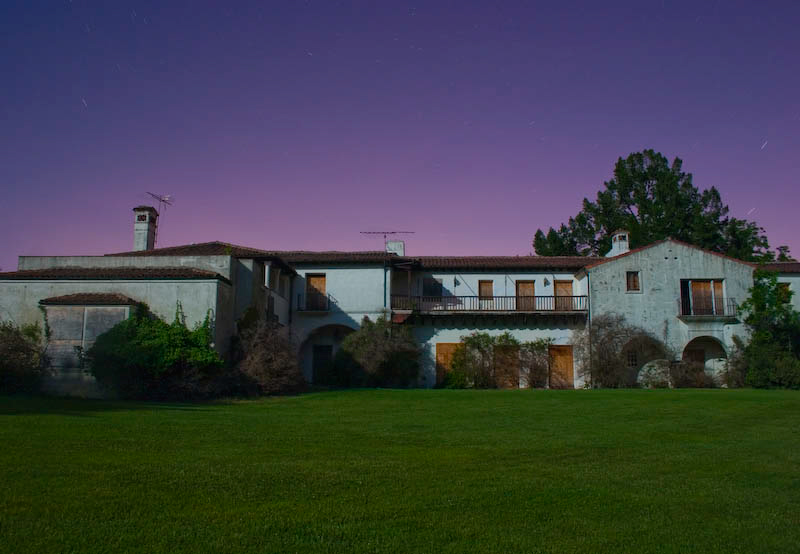 "It's the same feeling I have in any abandoned house I go to."

"It's a discovery of my own. I was the first unauthorized photographer there." 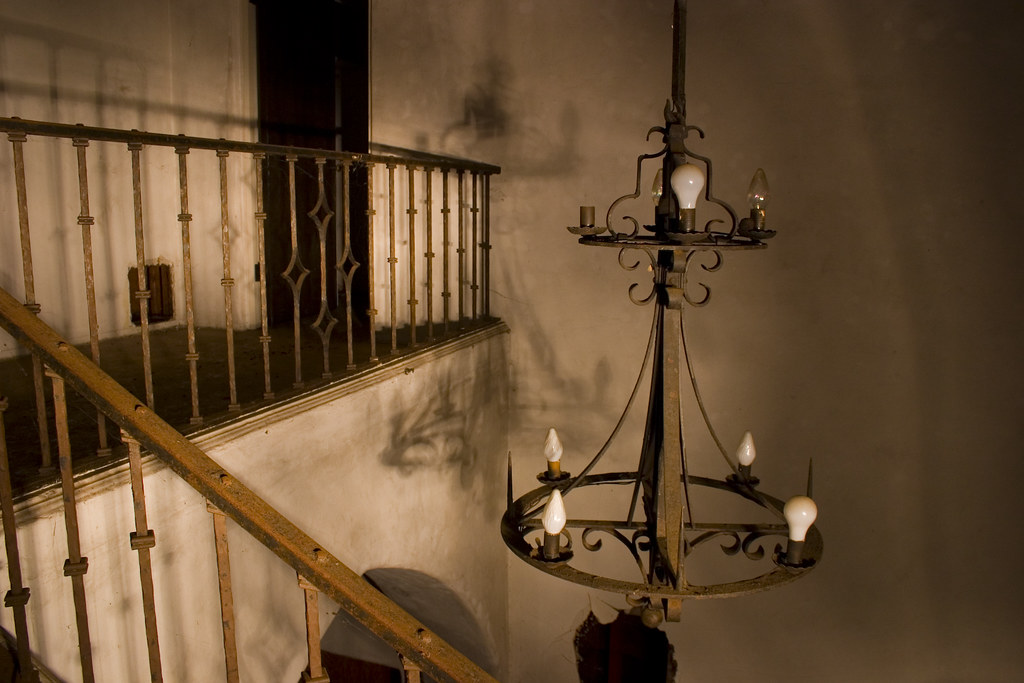 "The feeling changes completely when you acknowledge that."

Haeber revealed that it took him 6 months to capture the entire house. 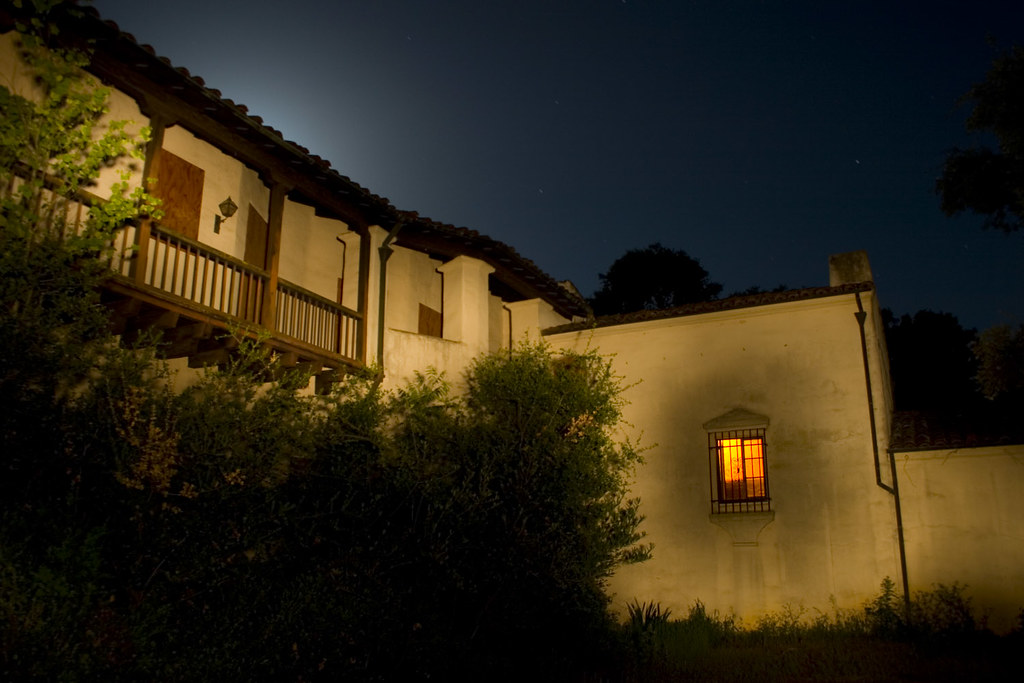 "It was about urgency and excitement: This is the last chance that I will have to capture something and no one else could do it."

He also revealed that many items from the home were seen being thrown away and he felt compelled to capture them. 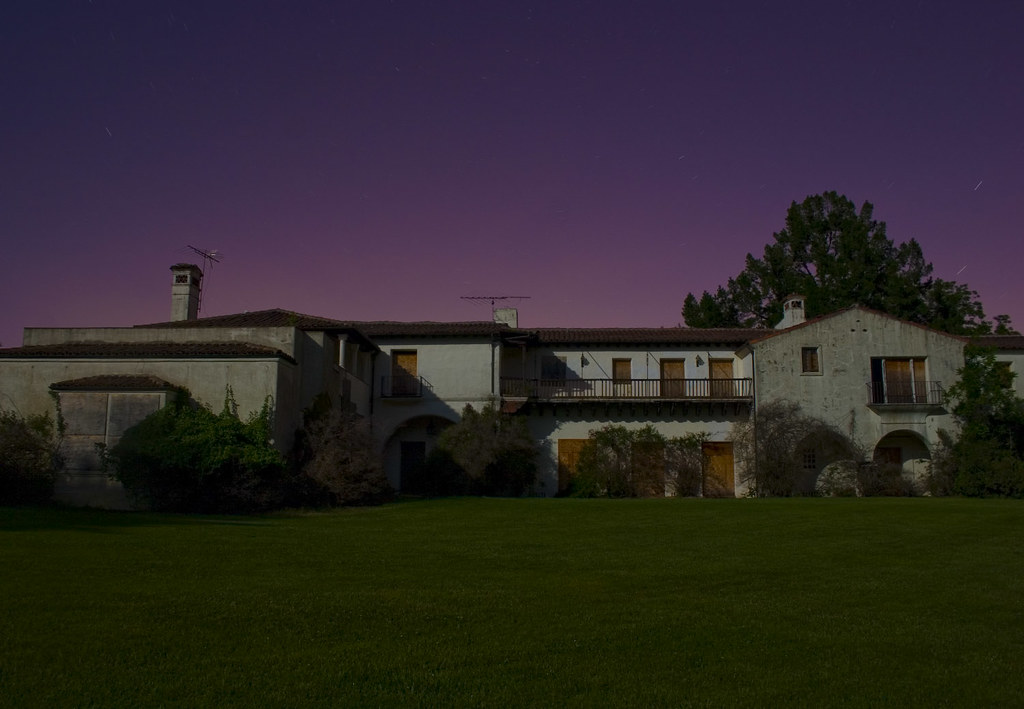 "It was an important historical record of Steve Jobs because there were personal items," he said.

Among the items found, Haeber recalled finding on the kitchen counter an old will and testament that Jobs had first written. 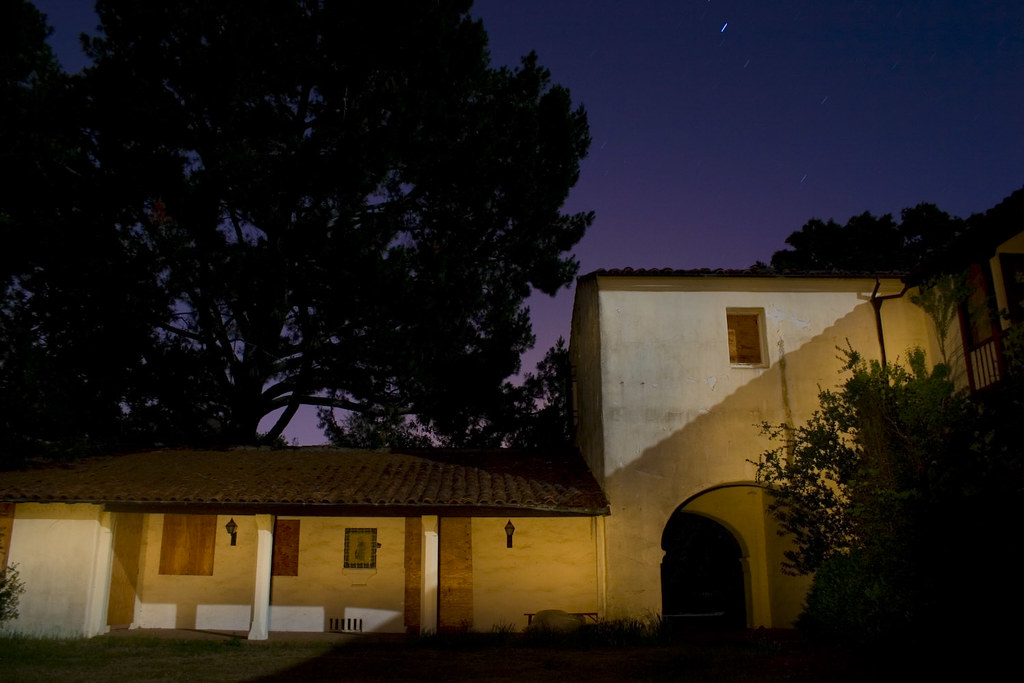 He also revealed that the will included a sole family member at the time.

Haeber admitted to the NYP feeling guilty about invading Jobs' privacy by releasing some pictures. 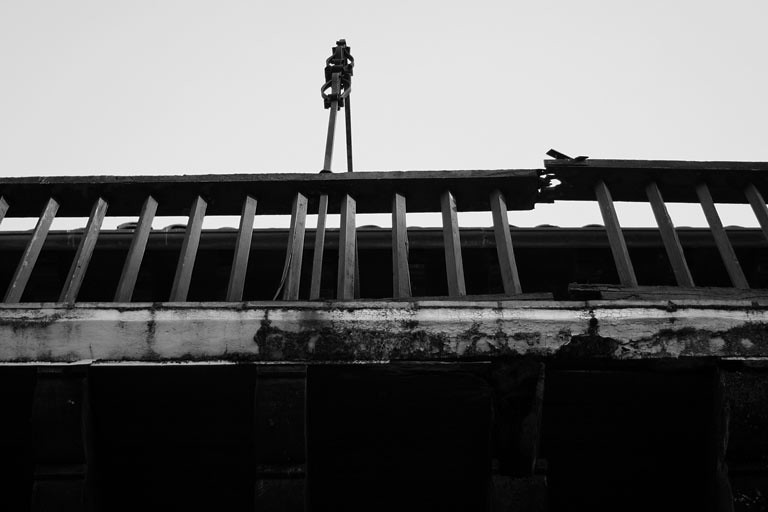 But eventually, he realized that it was a part of history that should be on record. 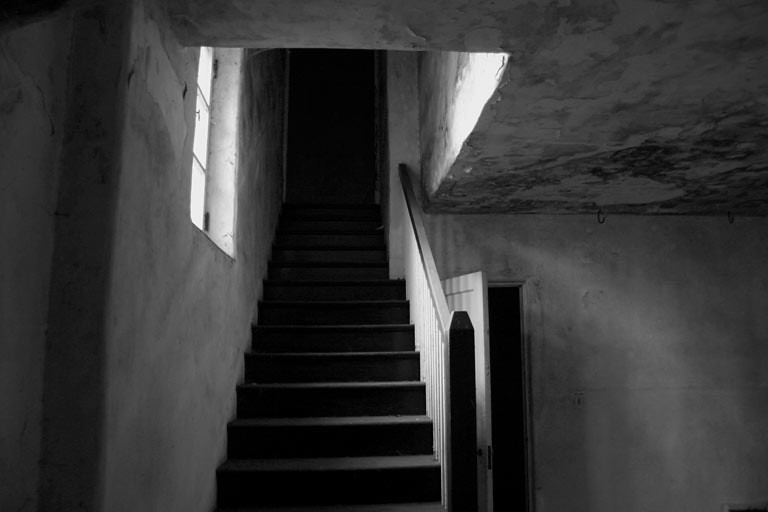 "I sort of discovered I could walk through the front door. It was eerie, almost like Steve Jobs was inciting people there," he said.

"When they don't have permission to demolish a house, then they want people trespassing because it would lead to vandalism." 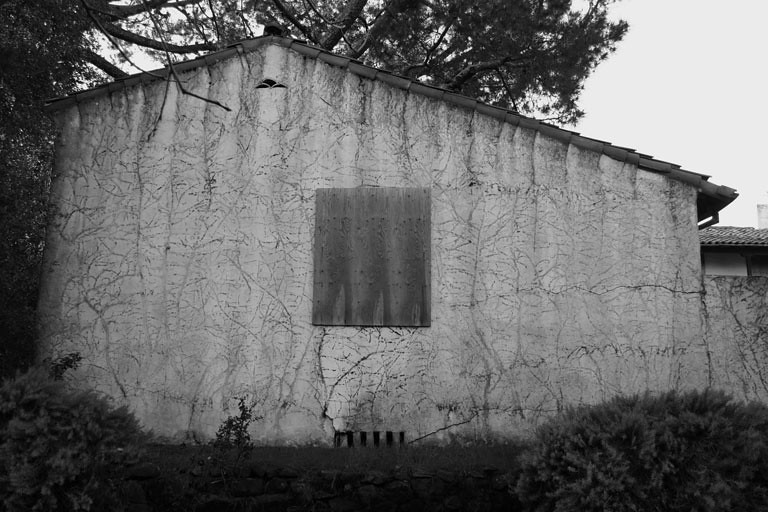 While also recalling that "when you first walked into the house, the outside gate had a smiley face- a hand-drawn smiley face."

At the time of Haeber's visit, much of the house was in decay, but there was still one element of the ground that looked maintained. 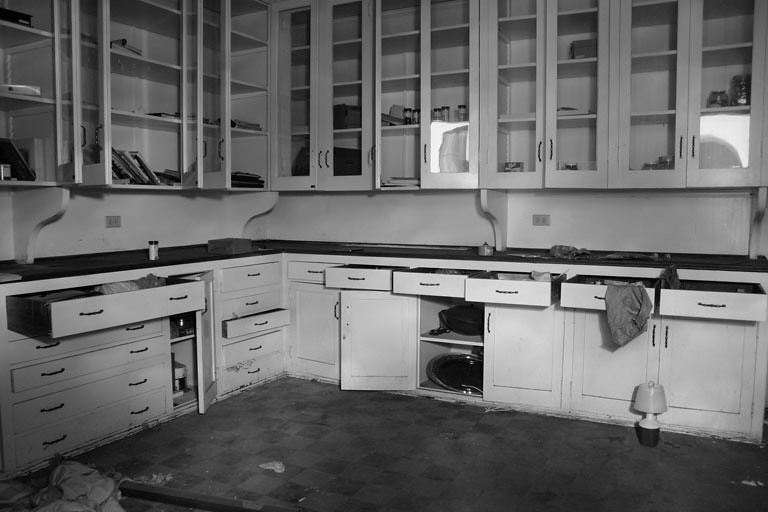 And so much so, that Haeber even took a swim during one visit. 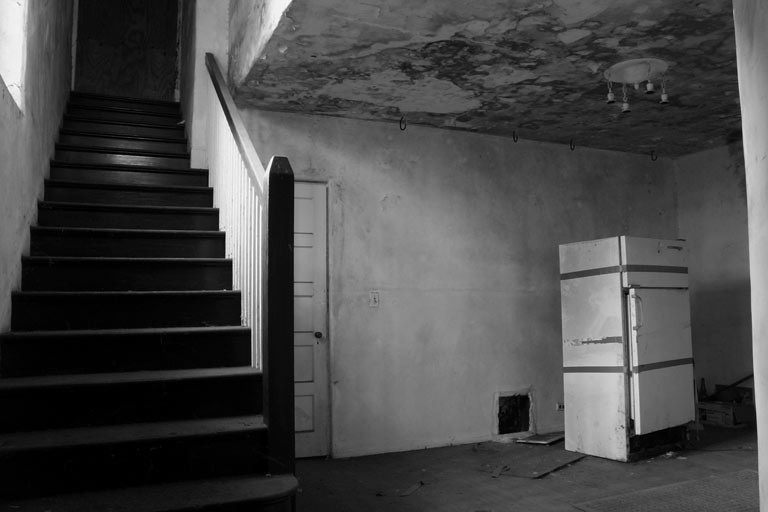 "Jobs had full intention of keeping the landscape and the land," he said.

"His idea to demolish the home was so he could put in a smaller house, more to his liking." 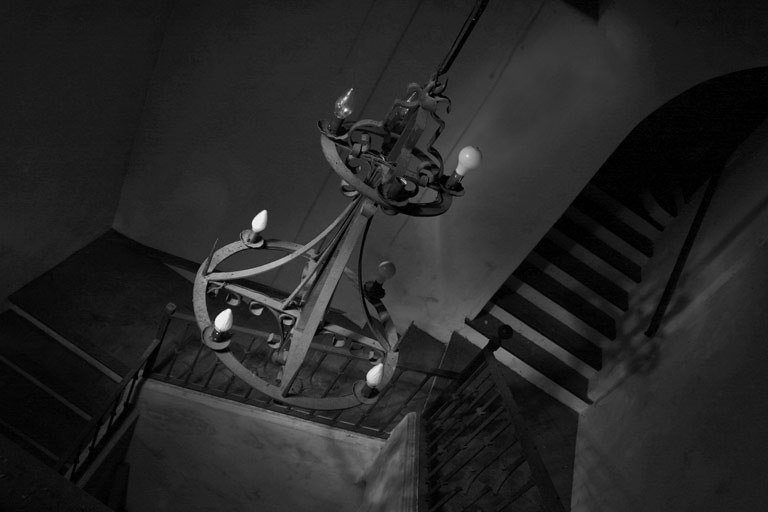 "So it's normal for abandoned homes to have someone maintain the pool."

Haeber also noted that he felt a connection to Jobs. 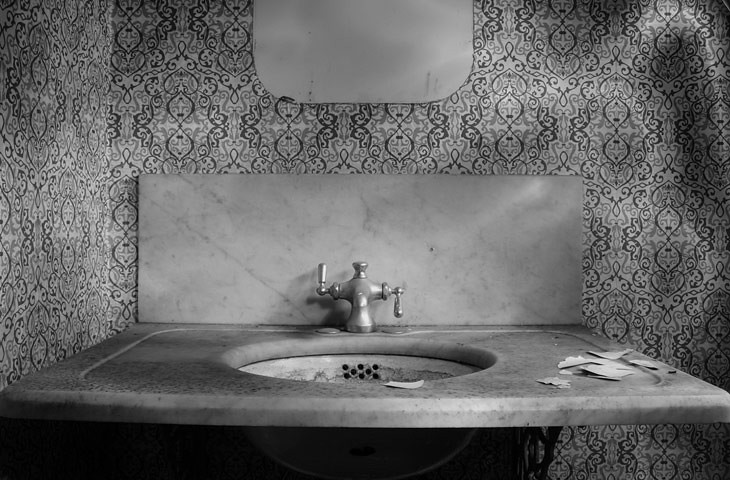 "I started feeling sort of connected to him. Even though we had completely different lives, there was this artifact that reminded me of myself, and it kind of humanized him."

"He is just like the rest of us in many ways." 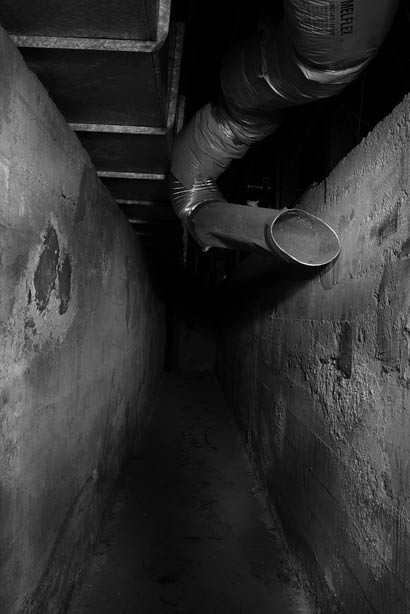 "I look back at photographing that place very fondly."