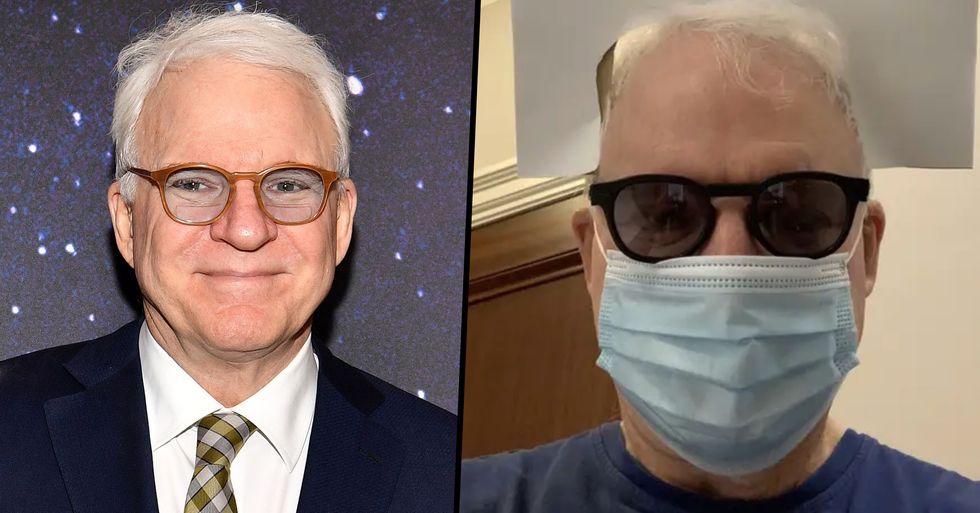 Steve Martin's latest Tweet has got the whole internet cracking up...

And although some complain about face masks...

Steve Martin has offered a rather unique complaint.

Although some claim masks make it uncomfortable to breathe...

Martin has a different issue with his mask.

But luckily, he's come up with a unique solution.

And the internet is loving it.

But Steve Martin has one issue with his mask-wearing. Luckily, the internet is loving his unique solution.

@SteveMartinToGo Weird, I do the same thing. People are disappointed when they find out I’m not actually Steve Martin.
— Matt Rentschler (@Matt Rentschler)1599923747.0

I always wear a mask when I go outside. But something about it was leaving me anxious and unsettled. I thought abou… https://t.co/o3nzDbij9L
— Steve Martin (@Steve Martin)1599923658.0

And the big reveal!

Want more celebrity mask news? Scroll on for the savage response to those who refuse to wear them from none other than Tom Hanks...