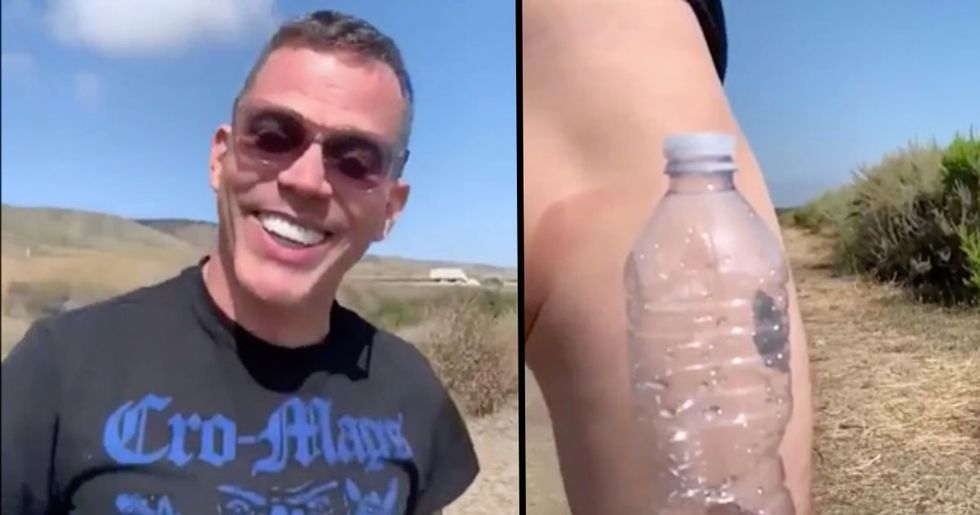 Some of the most well-trained fighters on the internet have been sharing one very peculiar skill on social media - and a lot of famous faces have gotten involved. But the latest of the challenges circulating on social media is perhaps the most shocking of all.

Actor, Jason Statham, pulled off a beautiful performance, proving that he's every inch the skilled fighter that he usually plays on screen.

And now, other celebrities are getting involved.

Not content with simply completing the challenge, though, many are putting their own spin on it. And none is more original than Jackass star, Steve-O's.

If you know anything about the prankster, you may be able to guess where his brain went.

Because, rather than using his foot, Steve-O decided that the best way to remove the bottle cap was to use a rather more private part of his anatomy.

Many were impressed by the skill.

Well, if Mariah Carey uses her "voice" to get the bottle cap flying, it makes sense that Steve-O would use the feature that he's best known for the do the same.

Although others were less impressed.

One user commented, "I would’ve blocked if this wasn’t Steve-O." Another agreed, replying: "Lmaooo my exact thought process."

Here's the video in all its glory.

Whether you agree with the premise or not, you have to agree that this video does depict a certain level of skill. Useless skill, for sure - but skill nonetheless. We just can't wait to see who's next!