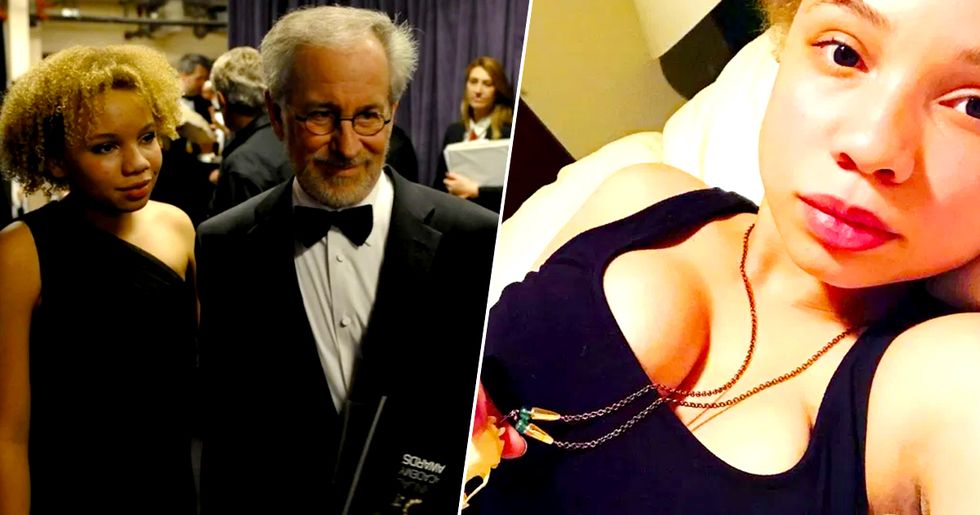 Steven Spielberg may be worth a staggering $3.7 billion but that hasn't stopped his kids going off on their own ventures. After all, not everyone wants to rely solely on their family's fortune. But it seems one of his children has chosen a rather unconventional career path...

After his daughter announced her decision to embark on a career in adult entertainment, she claimed her parents were completely behind her, but now it appears things are a little less clear cut.

Keep scrolling to learn more about what the Spielberg's had to say.

... in the adult entertainment industry. Keep scrolling to see how her parents reacted to the news.

Initially, she explained to The Sun her parents were "intrigued" but "not upset" when she broke the news to them.

But now it appears there's more to it...

According to the New York Post, they're a little bit embarrassed about the whole thing.

They're definitely supportive about her.

But they're also a touch embarrassed after her big decision to join the adult world of entertainment...

A source explained all.

One source close to the family said:

Outwardly, Steven and Kate — who are the most evolved parents in the world and love their kids beyond all measure — have always been supportive of Mikaela and try to understand her.

The source went on to say:

Obviously, though, they’re embarrassed by her sudden public admission of entry into the sex worker world.

For now, she's waiting for her sex worker license is approved by the State of Tennessee.

Good on her! As long as she's happy, that's the main thing.

Keep scrolling to learn about another happy pair, a mom and daughter who have an OnlyFans account together.