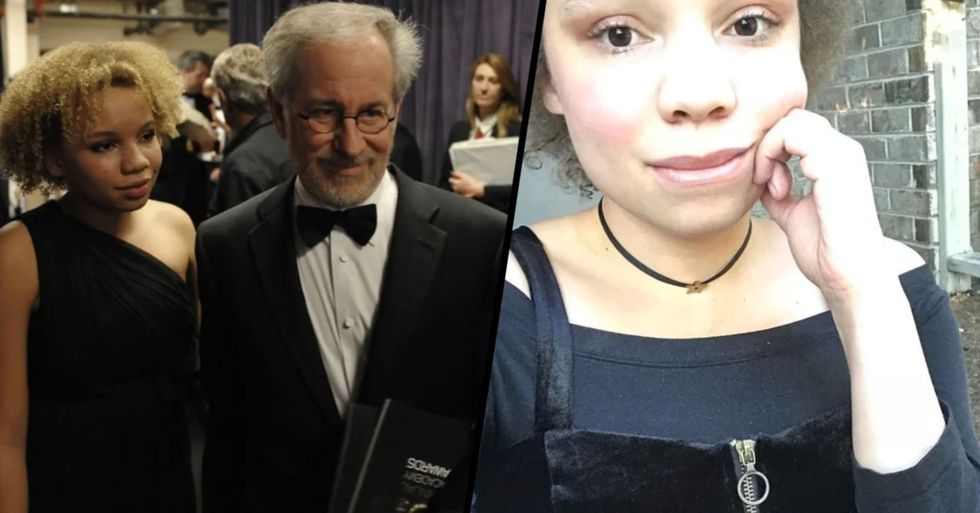 Steven Spielberg's daughter, who recently made headlines for opening up about her career in the adult entertainment industry, was arrested this weekend.

Keep scrolling for the full story, and to find out the reason behind her shock arrest...

But, just because your dad is a multi-billionaire...

... in the adult entertainment industry.

And she explained to The Sun her parents were "intrigued" but "not upset" when she broke the news to them.

For now, she's waiting for her sex worker license to be approved by the State of Tennessee.

As long as she's happy, that's the main thing.

However, things may not be as happy as they seem...

Because Mikaela got herself into a lot of trouble this weekend.

The twenty-three-year-old got into an altercation with her boyfriend...

According to WTVC-TV, the couple had returned home in the early hours of Saturday morning after drinking in a bar.

An argument reportedly broke out...

And, after her boyfriend apparently made a "rude comment" towards Mikaela, she started throwing various objects at him in her rage.

Her boyfriend reportedly injured his hand and wrist in the attack...

And, when the police arrived at the scene, officers determined Spielberg was the aggressor based on the victim's statements, the observable injuries, and her conflicting statements.

Mikaela was taken into custody at Nashville jail...

But was released later on Saturday. A March 9th court hearing on the charge has since been scheduled.