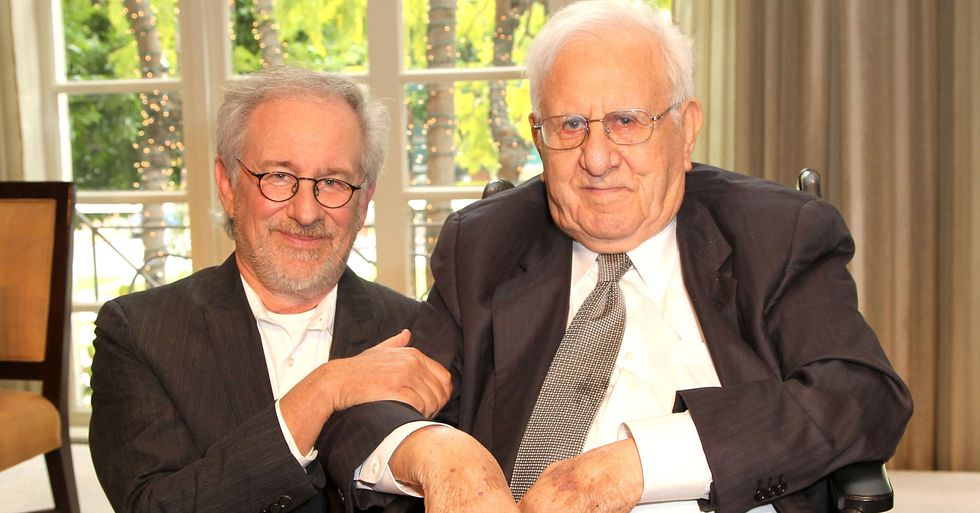 Heartbreaking news has reached us that Steven Spielberg's father has passed away.

As tributes flood in, his cause of death has now been revealed.

Arnold Spielberg has sadly passed away.

His son, Steven, was with him at the time according to a statement.

Arnold, who was an engineer at General Electric, was a big family man - in addition to Steven, he had 3 daughters, Anne, Nancy, and Sue, who have also spoken out following his death.

He soon developed a passion for learning and innovation - at just 6, he turned his family’s attic into a makeshift lab and crafted inventions.

Arnold's love of storytelling was also passed on to his children.

And we all know which child, more specifically, caught onto this gene.

Sadly, on Tuesday, he lost his father, Arnold.

Steven was with his father on the night of his death, according to a statement, telling him: “You are our hearth. You are our home."

Steven spoke lovingly about his father.

“When I see a PlayStation, when I look at a cell phone — from the smallest calculator to an iPad — I look at my dad and I say, ‘My dad and a team of geniuses started that.’"

They said their father “loved to research, expand their mind, keep their feet on the ground, but reach for the stars [and] look up."

Since the news emerged...

Tributes have been pouring in from fans.

“Dad, you’re the greatest. Thank you for showing me that there is honor in looking back and respecting the past. I… https://t.co/X1cm3PLNRv
— adamzanzie (@adamzanzie)1598422754.0

Rest In Peace, Arnold Spielberg - a truly beautiful man. Blessed to have been in his company over the years. My heart is hurting.
— Victor Kong (@Victor Kong)1598429567.0

Rest In Peace, Arnold Spielberg - a truly beautiful man. Blessed to have been in his company over the years. My heart is hurting.
— Victor Kong (@Victor Kong)1598429567.0

Arnold's cause of death has now been revealed.

Although details are vague, it has been reported that he died of natural causes.

Our thoughts are with his family and friends at this difficult time. For more on stars we've sadly lost this year, scroll on.