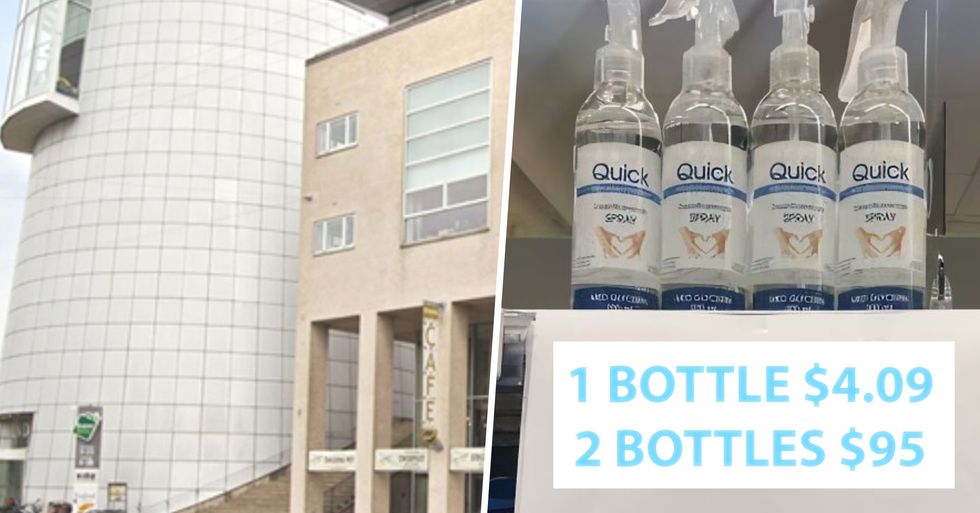 It's no lie that medical supplies have been in short supply since the outbreak, hospitals have been inundated with patients, and doctors and nurses are doing all they can to ensure people are safe and recover as quickly as possible.

But amidst the coronavirus pandemic, there have come some truly ingenious stories. Keep scrolling for the clever way one store took a stand ...

Hospitals have been running out of supplies.

This is due to the unprecedented amount of people using their services. Unless you're Jared Leto, you'll be more than aware of the COVID-19 pandemic that is sweeping our planet.

We have been bombarded left right and center with information on the virus.

We all know it's believed to have come from the consumption of wild animals in China. But regardless of where it came from, this isn't the issue anymore, what are we doing to tackle the outbreak?

And lockdowns have been set in place globally, including the likes of Italy and the United Kingdom - which was announced earlier this week by Prime Minister Boris Johnson.

But one store in Denmark had an ingenious idea.

They came up with a unique method to prevent sanitizer hoarding.

Which we're hoping will catch on!

These shortages don't just hurt those who can't get sanitizer, after all.

It's not only selfish - it's illogical, too.

To those who are hoarding sanitizers: Remember everyone needs to have clean hands, not just you. If other people do… https://t.co/1SAj4FGoB8
— Pune City Life (@Pune City Life)1583642041.0

For you to stay safe, everyone needs access to clean hands. Got it?

Many out there are still trying to boost their own supplies of hand sanitizer without thinking of others.

So leading Danish supermarket, Rotunden, came up with a plan.

"Dear Customers, We have a great responsibility to keep the business running, and we can only do that with everyone’s help and understanding."

They came up with a clever pricing plan for their sanitizer.

People are impressed with this one simple move.

And we have to hope other shops will follow suit. Hoarding now comes with a hefty pricetag! If you currently have a lot of time on your hands over this quarantine period, scroll on to see everything coming to Netflix in April...