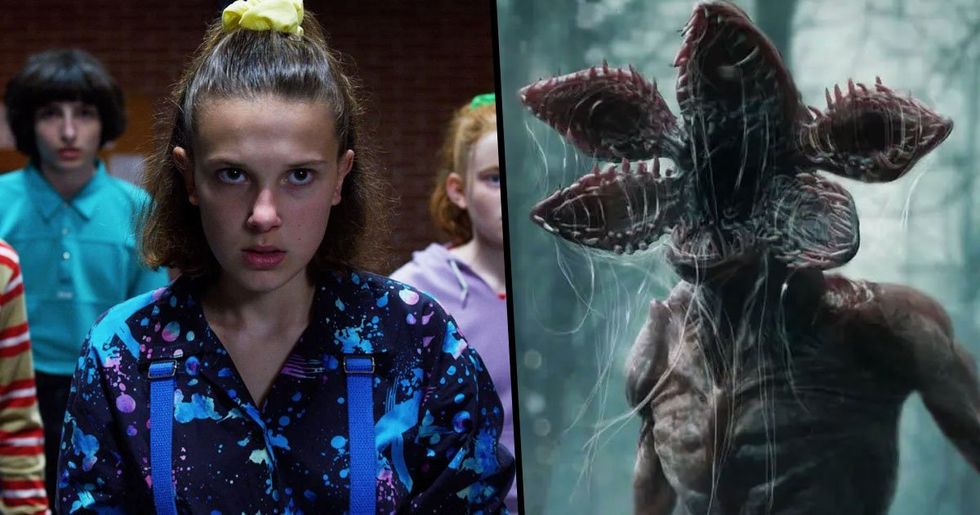 'Stranger Things' Is Actually Based on Some Creepy True Stories

As Stranger Things season three drops on Netflix, fans of the retro horror show are rejoicing. And one of the things that fans of the show love most? Well, it's the sheer fantasy of the whole thing - the idea that the government is involved in supernatural projects using children is absolutely preposterous, after all.

Or so we thought. Fans of the series began doing some real-world investigations and discovered some disquieting links. The internet has started piecing together some creepy theories about connections between the Stranger Things universe and our own - and what's been discovered is perhaps even scarier than the show itself.

First released in 2016, Stranger Things is a veritable Netflix smash.

It's a supernatural sci-fi horror show, with heavy influence from some of the classic movies of the 1980s.

These events are sparked by the disappearance of a young boy, and the emergence of a strange little girl who appears to have psychokinetic abilities.

The first and second series were hugely well-received.

And, this week, the much-anticipated third season dropped on Netflix, to the internet's excitement.

It promises to be another incredible season - although it doesn't seem as though any of the lingering questions seem set to be answered.

In fact, it's left some feeling even more confused.

We guess the only way to get any answers is to actually watch the full series. But there's one thing about the release of season three which has really got people talking.

Fans are realizing something scary.

There's a growing fan theory that some of the events of Stranger Things aren't quite as fictional as we may have liked to believe.

It seems that the story is at least based on some real events.

In fact, Stranger Things was originally supposed to be called Montauk. The reason? It was inspired by a long-held conspiracy theory.

The Montauk Project is detailed in one cult classic book.

Written by a purported abductee, Preston B. Nichols, The Montauk Project: Experiments in Time details Nichols' experience as a part of a human experiment.

Dustin has spoken out on the connection.

"It’s based on a place in Montauk, New York, called Camp Hero," he told Wired. "There was, like, rumors of secret government spies doing human experiments to fight in the Cold War. It’s based on that one government lab."

The theory even involves young children.

Followers believe that the government kidnapped children and conducted mind control experiments on them in order to test out weapons of psychological warfare. Sound familiar?

The idea of the military conducting experiments on children is pretty horrific.

But there are those out there who impassionately believe that the government knew about these experiments - and even attempted to cover them up.

There's another connection, too.

Some believe that the Montauk Project had another aim alongside mind control - to be able to achieve time travel. This also connects the project to the plot of Stranger Things.

The very existence of the Montauk Project is still debated. But there's another CIA endorsed project that undeniably did happen; it was called MKUltra.

This was a project designed to develop drugs to allow for mind control.

The U.S. Army Biological Warfare Laboratories collaborated with the CIA to achieve these incredibly creepy aims. And many think that Eleven's mom was involved with MKUltra.

But there's another theory that has got the internet talking.

It involves the actual setting of Stranger Things - which many audience members think is not as simple as it seems.

But there's a huge internet conspiracy theory that this Indiana setting is actually a red herring, and a cover story for where the events of the show really took place.

And there's a strange amount of proof for their argument.

The theory goes that the real setting of Stranger Things is actually East Tennessee. Here's all the proof for the theory.

Many of the place names mentioned in the show seem to add up.

Roane County, seen on the school bus in the first episode ever, is not a place in Indiana - but does exist in East Tennessee.

Hawkins is not a county in Indiana - but (you guessed it) it exists in Tennessee. So do other place names mentioned, like Cartersville and Etowah.

But it gets weirder.

Because East Tennessee isn't just plucked out of nowhere. It's a place well known for hosting some of the same styles of creepy human experiments as seen on Stranger Things.

East Tennessee is home to the notorious Oak Ridge Laboratory.

According to a Reddit thread, "This lab played a major role during the Manhattan Project and the Cold War and it's on Roane County's border."

What's known about these experiments seems alarmingly similar to what happened to Eleven on Stranger Things.

The links between Oak Ridge and Hawkins are pretty frightening.

There's one ex-human subject who went on to speak out against these experiments. His name was Ebb Cade.

Cade arrived at the lab with a broken leg but was experimentally injected with radioactive plutonium. Even scarier? His name was taken from him and he was renamed "Human Product 12."

Some on the internet are officially convinced.

We have to admit, some of these connections seem a little too close for comfort. Would you dismiss them as pure coincidence?

Some have taken things a step further.

Stranger Things is actually based off of real like events in Scott and Mitch's life, that's why they were able to recreate it so well.
— PTX Conspiracies (@PTX Conspiracies)1472762926.0

One (potentially overenthusiastic) Twitter user claimed that, not only was the show based on real events, but that the show's creators had actually experienced them.

It's clear that a little bit of sketchiness inspired the show.

The government has undeniably been caught up in secretive experiments that they'd probably rather we didn't know about.

But history shows that they at least used to be a valuable method of researching drugs and therapies - likely for pretty malevolent means.

Some of these coincidences do seem a little strange.

While we could write off some, the sheer number of links that fans have found between Stranger Things and real-life events makes them hard to ignore.

Are you convinced by these fan theories? Or would you rather continue to see Stranger Things as pure fiction?