'Stranger Things' Creators and Netflix Sued Over the Show | 22 Words 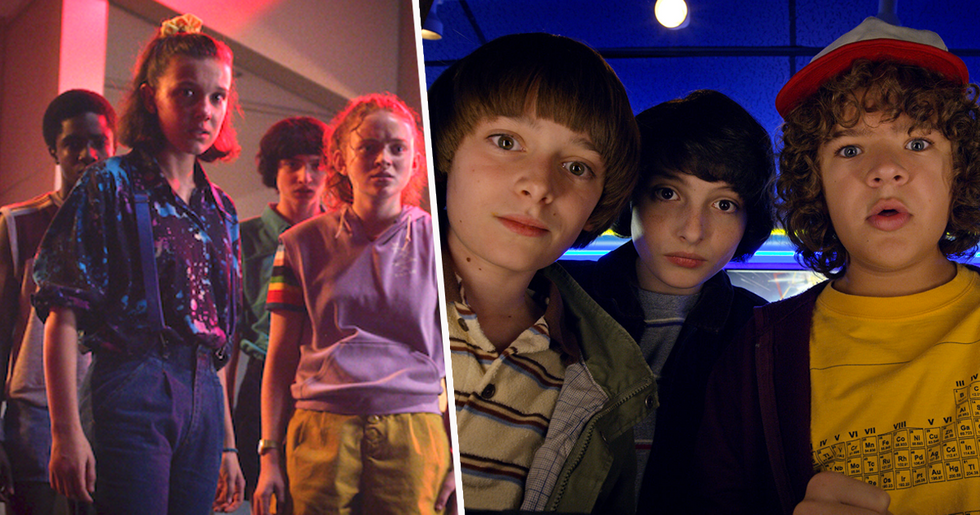 'Stranger Things' Creators and Netflix Sued Over the Show

The internet pieced together some creepy theories about connections between the Stranger Things universe and our own, but that's not the only connection to the real world that it might have...

News has come in that the creators of the show and Netflix are being sued for an allegedly stolen idea.

First released in 2016, Stranger Things is a veritable Netflix smash.

It's a supernatural sci-fi horror show, with heavy influence from some of the classic movies of the 1980s.

These events are sparked by the disappearance of a young boy, and the emergence of a strange little girl who appears to have psychokinetic abilities.

The first, second, and third series were hugely well-received.

With filming for the forth underway.

It promises to be another incredible season.

Although it said to be the 'scariest of them all'.

Although there is one thing that left fans very scared by the third series.

It really got people talking.

There's a growing fan theory that some of the events of Stranger Things aren't quite as fictional as we may have liked to believe.

It seems that the story is at least based on some real events.

In fact, Stranger Things was originally supposed to be called Montauk.

The reason? It was inspired by a long-held conspiracy theory.

The Montauk Project is detailed in one cult classic book.

Written by a purported abductee, Preston B. Nichols, The Montauk Project: Experiments in Time details Nichols' experience as a part of a human experiment.

Dustin has spoken out on the connection.

"It’s based on a place in Montauk, New York, called Camp Hero," he told Wired. "There was, like, rumors of secret government spies doing human experiments to fight in the Cold War. It’s based on that one government lab."

The theory even involves young children.

Followers believe that the government kidnapped children and conducted mind control experiments on them in order to test out weapons of psychological warfare. Sound familiar?

The idea of the military conducting experiments on children is pretty horrific.

But there are those out there who impassionately believe that the government knew about these experiments - and even attempted to cover them up.

There's another connection, too.

Some believe that the Montauk Project had another aim alongside mind control - to be able to achieve time travel. This also connects the project to the plot of Stranger Things.

The very existence of the Montauk Project is still debated. But there's another CIA endorsed project that undeniably did happen; it was called MKUltra.

This was a project designed to develop drugs to allow for mind control.

The U.S. Army Biological Warfare Laboratories collaborated with the CIA to achieve these incredibly creepy aims. And many think that Eleven's mom was involved with MKUltra.

These connections to real-life ideas aren't the only ones that the show has.

In fact, it has one even closer...

The ideas for the show are allegedly based upon an unpublished screenplay...

Which is why the creators of the show and Netflix are being sued.

Production company Irish Rover Entertainment has claimed that the concept of the show is copied from Totem, a TV series of theirs.

According to Digital Spy, the lawsuit draws numerous comparisons between the two shows.

And it is he who is responsible for the series' "plot, sequence, characters, theme, dialogue, mood, and setting, as well as copyrighted concept art".

According to Kennedy, Totem was inspired by the death of childhood friend Clint Osthimer, who suffered from epilepsy.

The lawsuit states: "During their childhood together in rural Indiana, Osthimer and Kennedy dealt with the constant threat of Osthimer's 'personal demon', epilepsy, which created 'lightning showers' in his brain. These lightning showers or seizures would send him to an alternate supernatural plane where the demon resided."

Other similarities include one of the characters.

In Totem, there is a young girl named Kimimela (Kimi for short) who possesses supernatural powers.

With the help of her friends, Kimimela finds a portal gate to an alternate, supernatural dimension where they battle a dark spirit named Azrael and his army of Blackwolf.

Well, the lawsuit states that it is the exact premise of Stranger Things.

The differences are that the girl instead of Kimimela is named Eleven (El for short) and the dark spirit replaced with a shadow monster and his army of Demogorgon.

Now you may be wondering how they could even possibly steal the idea of an unpublished screenplay.

Well, the lawsuit states that both shows are linked by Aaron Sims who helped Kennedy develop Totem. And later went on to provide the concept art for Stranger Things.

Netflix producers have responded to the lawsuit.

Speaking to The Wrap they said, "Mr Kennedy has been peddling these far-fetched conspiracy theories for years, even though Netflix has repeatedly explained to him that The Duffer Brothers had never heard of him or his unpublished script until he began threatening to sue them."

"After we refused to give in to his demands for a payoff, he filed this baseless lawsuit. There is no shortage of people who would like to claim credit for creating Stranger Things. But the truth is the show was independently conceived by The Duffer Brothers, and is the result of their creativity and hard work."