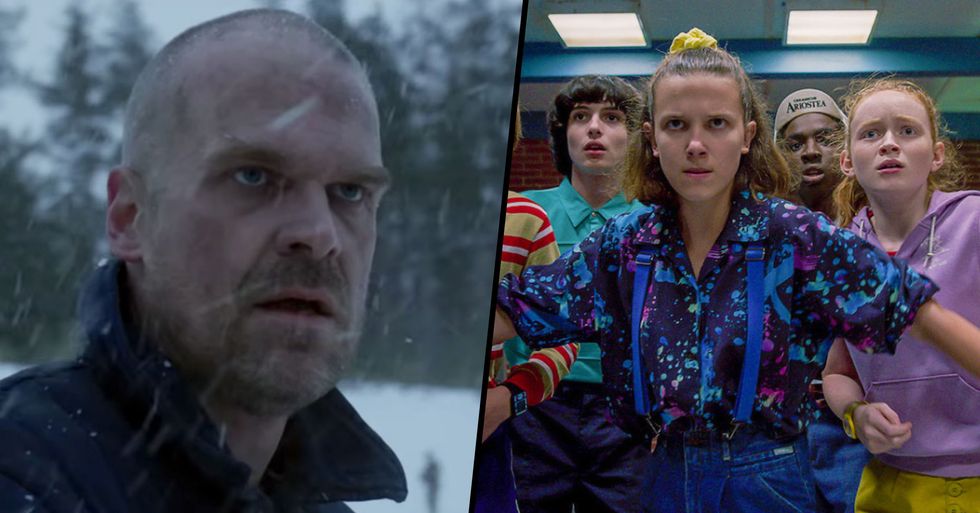 ‘Stranger Things’ Season 4 Will be the ‘Best Season Yet’

We are all so excited for the fourth season of Stranger Things, and it is so far looking incredible.

Keep scrolling to read about why it is apparently going to be "best season" we've ever seen...

Calling all Stranger Things fans out there!

First off, what happened to Eleven's powers? Why did they disappear? Also, how on Earth did the Russians get hold of the Demogorgon? And who is the "American" that the guards refer to in one of the locked cells? So many unanswered questions. We needed Season 4, right now.

A popular one is that Eleven will never get her powers back...

During the latest season, we were introduced to Russian spies who were operating in a secret facility under the mall, who appear to be attempting to open up the gate to the "Upside Down" which Eleven closed in the finale of season 2. In fact, co-creator, Ross Duffer, recently hinted that season 4 may go for "plotlines into areas outside of Hawkins," which could well mean Russia.

And it seems that the internet didn't taken the fan's prediction very well either.

But putting aside all of the crazy fan theories...

Strangers Things' official Twitter account dropped this teaser a few months ago and it's safe to say that season 4 is looking promising.

And "leaked" photographs began doing the rounds on the internet.

Confirming the news about the deal, Ted Sarandos, the chief content officer at Netflix, said: "The Duffer Brothers have captivated viewers around the world with Stranger Things and we're thrilled to expand our relationship with them to bring their vivid imaginations to other film and series projects our members will love."

We're counting down the days.

And when the official trailer dropped back in February...

Us fans were left completely speechless.

So it turns out that Hopper is alive.

This is everything that we could have wished for.

Since the trailer was released, fans have been more and more intrigued.

But of course, thanks to the pandemic, the release date is more likely to be pushed even further back - so we probably won't be getting the fourth season until next year now.

However, we certainly have something to look forward to...

Natalie Dyer spoke to The Hollywood Reporter about why she thinks the fourth season will be well worth the wait.

"Normally, we get the first few scripts, and then they have to keep writing due to the schedule of it, and it takes a while to craft a script."

"So, normally, there's a kind of 'writing as we're going,' but it seems they've had enough time."

"I think it's maybe been a blessing for the writers, in some way, because they had the time to just sit down, think, and create. So, yeah, it appears to be that they've got it all down."

"So, yeah, it's kind of wild to think about because it's something that you look forward to so much, and there's so much preparation and excitement around it, and then, we start and stop. And now, it's been quite a while."

"But I'm very, very excited for when we do go back."

"I'm excited by the scripts. I'm excited for everything that this season is going to be." Want more from the show? Keep scrolling to read about why Stranger Things 3 viewers were confused over the red room...