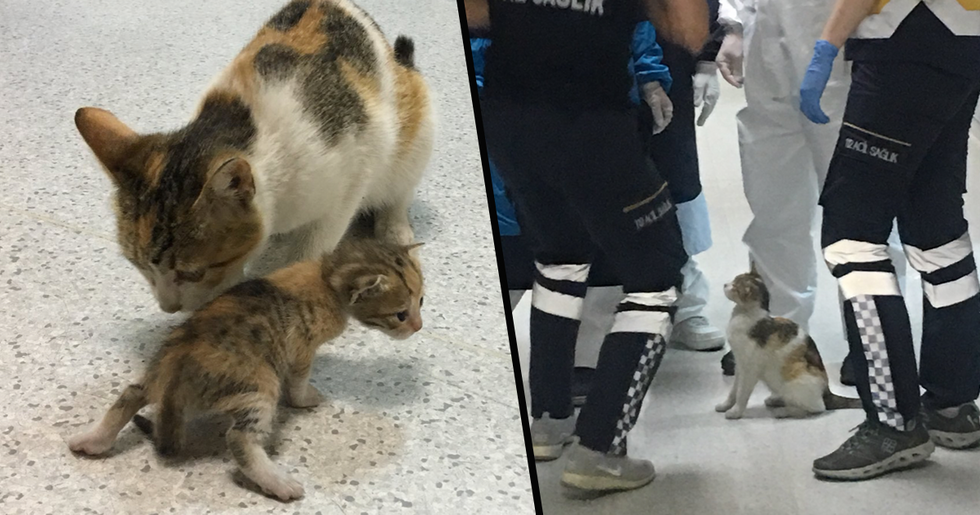 The most heartwarming story has just emerged, and it involves a stray mama cat and her kitten in a hospital.

They are the ideal companion.

Not only are they clean and independent animals, but cats are also very affectionate and loving creatures who make great family pets.

And not only are cats clean and healthy...

This especially applies to stray cats.

The first video has come from Mexico and it shows a white tailless cat wandering the streets. The cat is believed to have been living rough for many years now.

Photos have emerged from an emergency room in Istanbul, Turkey...

Shared by Merve Özcan on Twitter, the photos show a mother cat bringing her sick kitten into the human hospital.

And Turkish media reported that the medics intervened immediately and checked the kitten for obvious health issues.

Thankfully, people in Turkey are huge cat lovers and medics were happy to help the kitten.

The concerned mother was reportedly given some milk and food while her baby was being looked after, helping her feel a bit calmer at what was no doubt a worrying time for her.

Thankfully, both cats are in good health...

And they just needed some TLC to get them back on their feet... or paws!

And even though the whereabouts of these cats is currently unknown, we're sure that they're doing just fine!