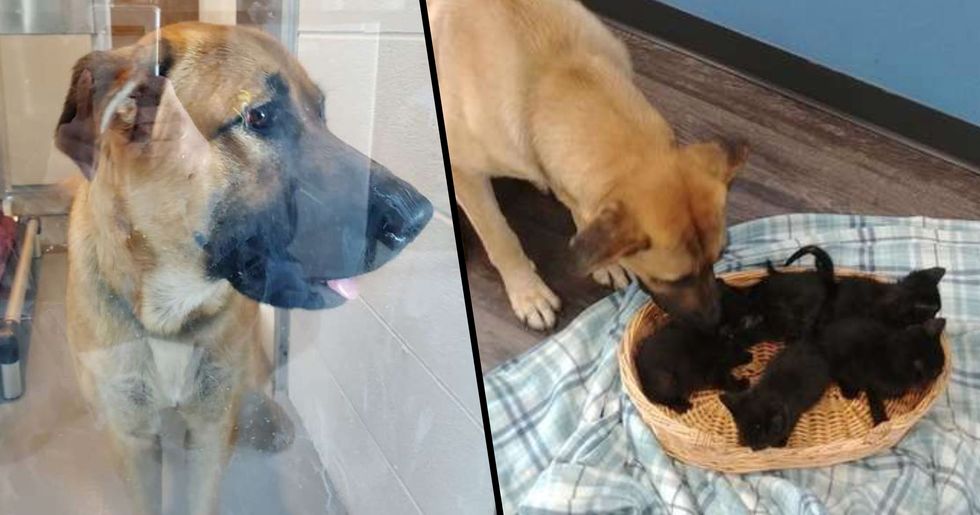 It's no secret that cats and dogs have a love-hate relationship, with their natural instincts making for rather turbulent interactions. Their hilarious little fights often make for some great internet content so when it comes to viral-worthy animal antics - they truly reign supreme.

But, they can actually get along. In some cases form an unlikely yet unbreakable bond, and this was certainly the case with this story.

Keep scrolling to find out what happened when a shivering stray dog was found curled up in the snow with some furry pals.

Dogs and cats have a complicated relationship.

Their natural instincts often mean interactions are quite antagonistic.

Their turbulent relationship has even inspired the phrase "fight like cats and dogs."

Either-way, their interactions tend to make for great content for the internet.

Whether it's a viral video or hilarious gif, these 2 furry foes really do rule the internet.

But they can get along...

Despite the stereotypes, some cats and dogs have defied the odds and forged unlikely bonds with each other.

They never fail to tug on the internet's heartstrings...

And that was certainly the case with this story. Over the weekend, while driving on a freezing cold night in Ontario, Canada, a woman spotted something on the side of the road that instantly made her pause her journey.

Curled up on the roadside was a shivering stray dog...

So many dogs are roaming the streets in bitterly cold conditions at risk of freezing to death.

As the woman approached the shivering pooch, a closer look revealed the pup had wrapped herself around 5 orphaned kittens, whom she was cuddling to keep warm in the sub-zero temperatures.

Concerned, the dog, along with her newly adopted kitten pals were taken to The Pet and Wildlife Rescue shelter.

It became instantly clear that the caring pooch had saved the kittens' lives. "It's truly heartwarming!" a shelter spokesperson explained to The Dodo. "It had been a very cold night so these kittens would have had a very hard time surviving."

But an unbreakable bond had already been formed between the pooch and the orphaned kitties.

The kittens are now safe, but require treatment for flea and worm infestations, while the stray dog who saved them accompanies them to many appointments - kind of like a proud mother.

Pet and Wildlife Rescue is hoping an owner will come forward to claim them...

If not they'll be put up for adoption to find their new forever home. While many animals come into shelters in groups, some can form close bonds with fellow stray animals who are already in the shelter. Keep scrolling to learn more about an adorable trio of dogs who won't leave each other's side as well as the bitter-sweet ending to their heartwarming friendship.