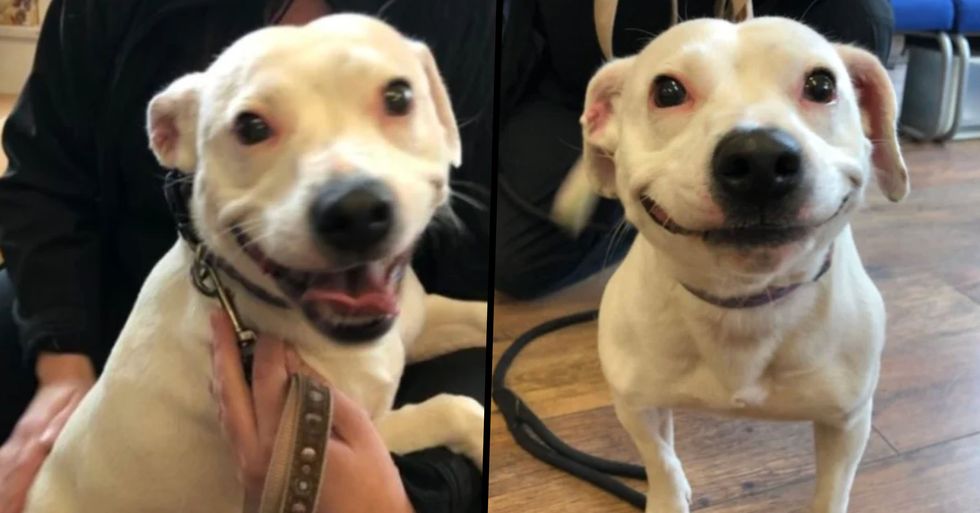 Stray Staffie With an Adorable Smile Finds Her Forever Home

But there's one stray dog who has been stealing the spotlight this week, thanks in no small part to her glorious smile.

And there's one breed that tends to fill up these shelters...

There's a stereotype that Staffies are dangerous and aggressive.

But often, these misconceptions are completely untrue.

And that couldn't be more the case for this adorable stray staffie.

Sybil, who was previously called Lily, was taken to a shelter in north London last week.

Within days of arriving at the shelter...

Sybil found her forever home - thanks in no small part to her glorious smile. Keep scrolling to see for yourself...

Her smile really struck a chord with people...

And the shelter was inundated with messages expressing their love for the pooch.

And she soon found a new home with eighteen-year-old Frankie Murphy.

"We saw her lovely little smile and couldn’t resist," he said. "Even though we knew she had a lot of interest from the Twitter post, we got in contact with the charity in hopes that she was still available. "When we went to visit her, we fell in love with her straight away."

Her smile lights up the room.

Apparently, she's settled into her new home quickly and is smiling more than ever. Interested in more adorable dog content? Keep scrolling to see the woman who came back form vacation with a stray dog...
40%