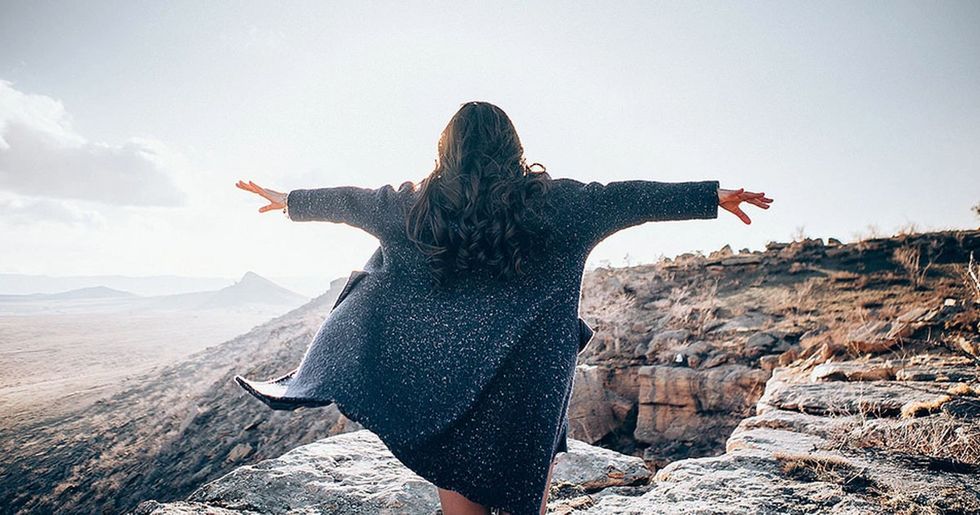 In the wake of the Time's Up and MeToo movements, the social and economic empowerment of women has been one of the hotly debated topics of 2018. The internet has become a battle ground for these kinds of issues, with civil discourse becoming more uncivil every day. But nowhere is the conversation more brutal than in the depths of the Facebook, YouTube comment section.

A recent article posted to APost entitled Strong Women Would Prefer Being Alone Than Spend Their Lives With A Jerk, has gained hundreds of comments on Facebook from both sides of the debate, as society questions the model of the traditional monogamous, heterosexual relationship.

The term 'year of the woman', is mostly attributed to 1992, when 4 different women where elected to the senate in the same year.  But many have claimed that the title is shared with 2018 - a truly transformative year for feminist politics.

There was the Kavanaugh's hearing.

True, this was not a victory for those trying to improve the way we treat victims of sexual harassment and abuse. But it did serve to galvanise a wave of feminist activists in the US in time for...

The Midterm Elections of November 2018, saw over a hundred female representatives appointed to The House of Representatives.

Even you Saudi Arabia?

Even Saudi Arabia, an intensely conservative country, passed legislation that allowed women to drive in 2018.

But the debate still rages.

With loud voices on both sides, the feminist debate is at the front-lines of partisan issues like abortion rights, and the gender pay gap.

Particularly on the internet.

With echo chambers drifting further apart, the internet has become the no-man's-land on which the uncivil discourse rages.  Anonymity on Twitter and YouTube allows for a separation of empathy and opinion. While alt-right and anti-feminist thinkers like Jordan Petterson and Milo Yiannopoulos have gained a huge online following.

So what about this article then?

The article, written for APost outlines the idea of a Strong Woman as...

Someone who knows nothing in life is simple and isn't afraid to work for what she wants.

The Strong Women depicted in the article have often suffered though toxic relationships and aren't afraid to push back against a 'misogynistic world'.

And, most importantly, not defined by men.

The article describes a Strong Woman who'd rather be alone than defined by a heterosexual partner.

With women all over the western world, attaining more positions of power historically reserved for men, this article taps into a cultural vein - promoting the idea of the Strong Woman as a new type of woman.

The gender pay gap, the gap between men and women in median, hourly earnings, stands at over 17% in the UK and the US.

In the UK, over 10,000 companies have been forced to reveal their differential in gender pay.

In an FactTank article, the gender pay gap in the US was shown to have narrowed since the 80s. But remained stable over the last 15 years.

Thought leaders on the right of the debate contend that the gender pay gap doesn't exist, and is the result of poor data analysis. This has sparked widespread anti-feminist sentiment online (often in the form of trolling) against articles like the one featured on APost.

The post, featured on Facebook has received almost 400 comments.  The comments seem indicative of mainstream gender activist debate.  Here are some examples...

Many commenters were inclined to agree wholeheartedly with the article.

The sympathetic point of information,

Some, still clearly sympathetic and supportive to the idea of a Strong Woman, disagreed with the article.

Some male commenters, took up verbal arms against the article.

And the plainly offensive.

I don't have much to say about this...

The problem with social media.

One of the problems with the discourse on social media is anonymity, allowing anyone to say anything without fear of consequence.

The echo chamber means that no one is exposed to their opposing political argument.

And our attention span... Wait... What's that over there?

As the online reader's attention span decreases (as shown in a recent study by Microsoft) so does our depth of argument.  People get bored long before a meaningful conclusion is reached.

So who are these Strong Women?

The first female chief of the NASA astronaut office - floating high above the glass ceiling.

Ex-Israeli-special-forces and star of the first female-directed superhero movie (shown above as a toy).

The far-loved Duchess of Sussex and 6th in line to the British throne.

The only female, black billionaire and definitely not running for President in 2020.

As the uncivil discourse wriggles through the bowls of the internet, we need to improve our standard of argument and depth of attention. Empowerment a fragile thing. The world needs Strong Women and Strong People alike.