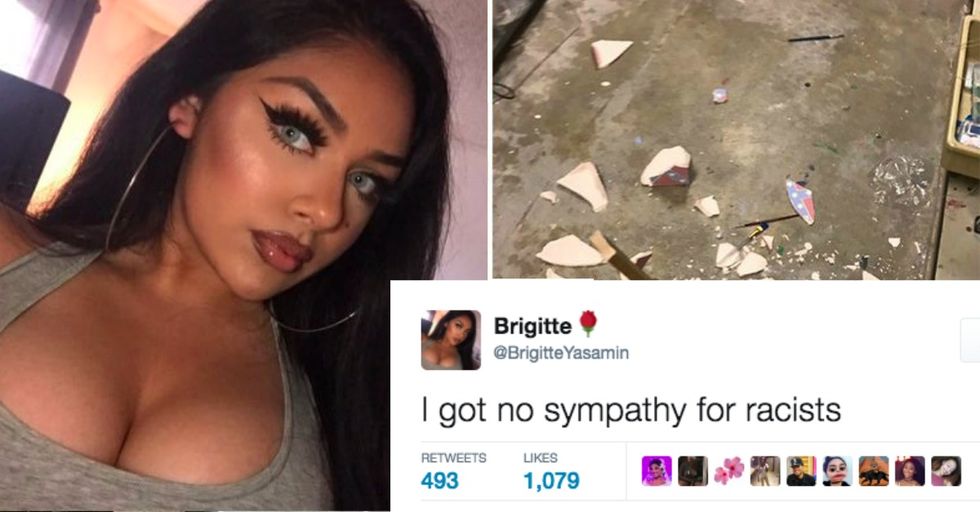 DRAMA! A teen named Brigitte Yasamin was in her high school art class when she noticed the student next to her painting a confederate flag on a ceramic box.

She took to Twitter to express her outrage and unintentionally became a hero while also sparking a debate.

Instead of ignoring it, Brigitte decided to do something about it.

She knocked it off the table, smashing it to pieces, tweeting, "Oooopsss" in what surely was not an accident.

Brigitte had no fear of what would result from her "accident."

And her fans came out to cheer her on.

Some insisted the flag is not racist symbol, and some were upset that she destroyed another person's property.

But those who celebrated her action continued to show their support.

But at the end of the day, Brigitte felt good about her deed. Not sure where you stand on this one? To learn more about the history of the Confederate flag, click here.