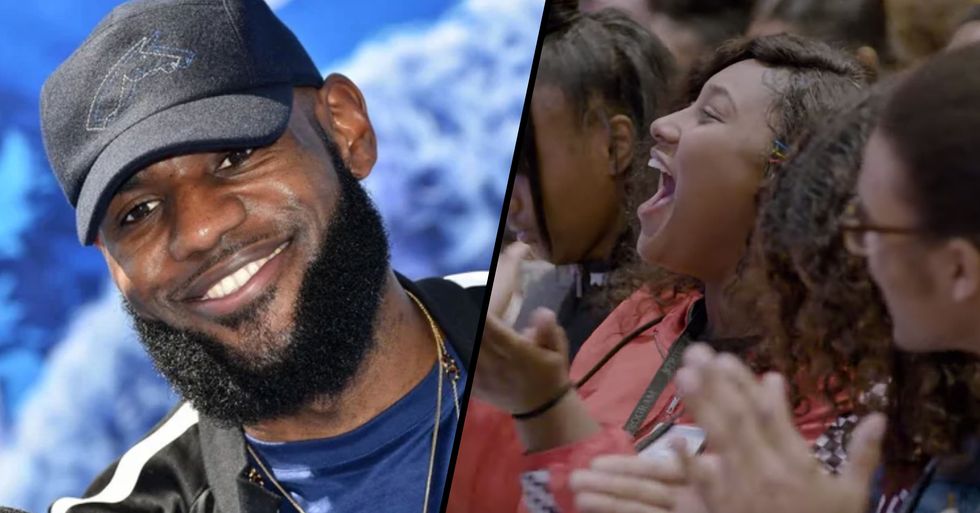 Many of us know LeBron James for his sensational basketball career with the Lakers, but behind-the-scenes - he's a huge voice for underprivileged kids in the education system. So much so, that he has been involved in a number of schemes and programs, including launching his own school.

Now, the star has taken his generosity even further by offering free tuition to pupils at the school.

Keep scrolling for all the details, including the heartwarming clip of the students' reactions.

The public school, supported by the LeBron James Family Foundation, opened its doors in 2018, after the star teamed up with Akron Public Schools to make the project a reality.

At the time of the school's launch in 2018, James' spoke out about the motivation behind the life-changing project.

"School didn't mean anything to me," he said. "There were just a lot of empty days, empty nights and just kind of a no-future thought process. "It was mentally challenging. No kid at eight, nine should have that stress... so I know exactly what a lot of these kids are going through."

And he's truly gone above and beyond to be an inspirational figure in so many kids lives.

His generosity knows no bounds.

And this week, nearly 200 students at the school had the suprise of their life when they found out they were getting free tuition. Keep scrolling to watch the heartwarming moment they found out.

Tuition for in-state students is around $11K a year.

The junior class from James' school were told they were going on a college visit to Kent State University in Northeast Ohio.

But when they arrived on the campus, they were in for something even better... Keep scrolling for the clip.

School officials revealed that all 193 kids would have all 4 years of their schooling paid for...

And that's not all... The pupils were also told they would receive 1 free year of room and board.

Safe to say, reactions were strong...

As you'd expect, the kids well and truly freaked out after the announcement. After all, this is a big deal - the cost of educating 193 students for 4 years totals up to over $8 million.

This is not just a handout, however...

In order to reap the benefits, students must maintain a good reputation with the school by attending class, getting good grades, and volunteering in the community.

Watch the emotional clip below:

What a truly incredible gesture. James recently lost one of his closest friends, Kobe Bryant, in a tragic helicopter crash. Keep scrolling to read his heart-wrenching tribute.