19 Things Every Child Believed, Even Though They Made No Sense at All | 22 Words 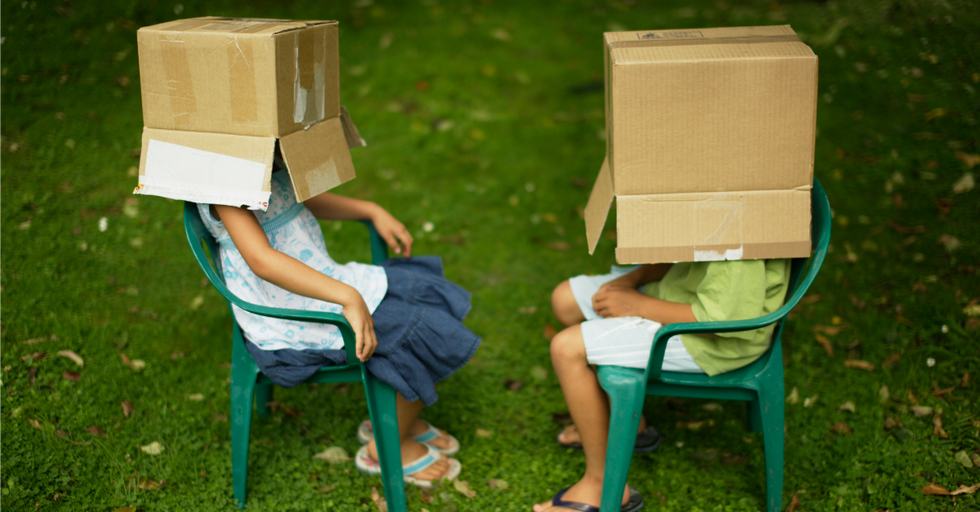 19 Things Every Child Believed, Even Though They Made No Sense at All

When I was young, I thought that there was a building near every single traffic light with three people sitting at a desk who pulled red, yellow, and green strings to change the lights.

It was the only thing that made sense to me.

Obviously, that was a ridiculous thing to think.

But I'm not alone! You probably believed some pretty dumb things when you were little, too. In fact, here are 19 ridiculous thoughts I'm guessing you had as a child:

It was illegal to turn lights on in a car at night.

I seriously believed this until I was in driver's training classes. I guess the light just annoyed my parents, but it was so annoying trying to read a book using the intermittent street lights!

Never mind that you'd never seen a person with a watermelon vine growing out of their mouth. This was simply how it worked.

Quicksand was supposed to be way more of a problem.

Quicksand played a role in so many different TV shows and movies of your youth. Naturally, you assumed you'd have to dodge it on the reg once you grew up. Turns out? Not so much. Next up is something you probably believed about your teachers.

Your teachers lived at school.

It's the only thing that made sense. And if you ever ran into your teachers outside of school, it was a mindblowing experience.

When you're young, being sent to lay quietly in your room is basically torture. When you grow up, it might be the only thing you look forward to all day.

Swallowed your gum? It's gonna be in your guts for seven years.

What a specific length of time. Seven years! This is probably the myth that has persisted the longest. (In case you're wondering, gum is digested at the same rate as everything else you eat. But you probably still shouldn't swallow it.)

You could dig a hole to China.

Sure, you never quite got there, but you knew that you totally would have if you had kept up with the digging. What a fool you were.

The floor WAS lava.

Sure, you knew deep down that the floor wasn't actually lava, but that didn't stop you from panicking when you accidentally touched it. And speaking of things you didn't want to touch with your feet...

Stepping on cracks would do devastating damage to your mother's back.

Admit it: There were a few times you considered stepping on a crack on purpose. Just to see if it really worked.

ATMs were filled with money.

Need some money? Just drive to the bank and get some! It seemed like parents always forgot this one.

Believe it or not, a lot of kids actually believed that cats were females and dogs were males — of the same species. Some kids. Not me. But some kids.

Monsters appeared at the bottom of the stairs as soon as you turned off the lights.

And it was, therefore, necessary to scramble up the stairs on all fours in order to escape from their clutches. By the time you got to the top of the stairs, you were terrified and out of breath.

The only thing that kept you safe from the monsters under your bed was your blanket.

Accidentally let your foot slip out from under the covers, and you were toast. Blankets have magical powers, didn't you know? If you watched a lot of TV as a kid, you might have believed this next one.

People lived inside your TV set.

And they performed every show you watched live. All the laughter and clapping? It was other people watching the show with you in their own living rooms, obvs.

These erasers worked on pens:

But only the blue part. And, really, you never saw them actually work.

Every pool was filled with sharks.

So was your bathtub. And probably every single puddle, too.

You got detention once? I hope you enjoy talking about it with your future employer.

And finally, you actually wanted to grow up.

Even though now you realize growing up is a bit of a trap. Share this list of beliefs with someone you grew up with!