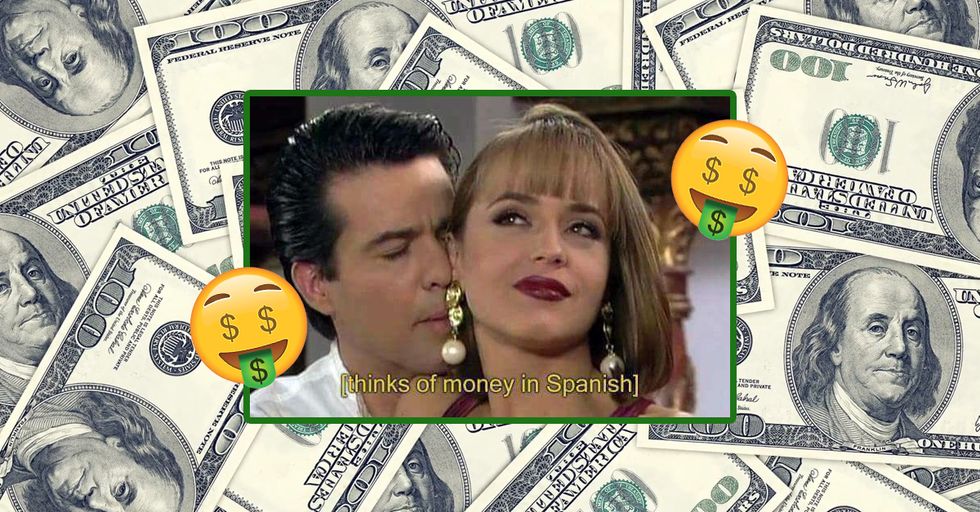 Times Subtitles Were So Bad They Actually Became Good Again

If you're not watching every TV show and movie with the subtitles on, you're missing out on some hilarious content. You could be watching the most serious, intense drama ever, and the subtitles can tell a completely different story.

Sometimes, it's due to a translation error (or someone simply deciding not to properly translate the audio). Other times, it's an honest mistake that transcribers simply weren't able to catch. Still, they're hilarious because of the ridiculous phrases or scene descriptions that are taken completely out of context.

Whatever the reason, people on the Internet have started to notice just how funny subtitles can be, by sharing them with one another.

Here are a collection of subtitles that are way more hilarious than they have any business being. They might inspire you to turn subtitles on next time you watch something!

Either way, they're pretty amazing. So let's get to them!

Fully and Easily. from sadlygokarts

I never thought I could feel as proud of Tom Hanks' bathroom habits as I do right now. Go, Tom!

There's no coming back from that one. Unless she also revives you in Spanish.

Are your toes tapping yet? Let's sing along!

When you finger slip just a bit from sadlygokarts

I mean, I guess that makes sense. How much of it could there possibly be?

Well, this editor should probably be fired, since those subtitles are offensive. I hope whatever this guy is saying isn't too important to the plot.

How do you imply cannibalism? More importantly, how do you do so loudly?

If I thought it would end up making me rich, I'd start thinking of money in every language of the world! I hope this lady has better luck.

This is so intense!

Is this intense enough for you? No? That's it! [INTENSITY INTENSIFIES EVEN MORE INTENSELY]

i dont know from sadlygokarts

To be fair, you and I both know exactly what this sounds like. No complaints here.

Sometimes, life feels super overwhelming and you start to wonder whether we're all just living in a giant Dumpster fire. And then you remember that Air Bud was once brought on to commentate an NBA game and realize we're all gonna be OK.

[cries in vegan] from sadlygokarts

That take sounded a little dry. Get the guy some Ranch dressing!

how it feels to lurk on reddit from sadlygokarts

I don't know what a hidden laugh sounds like, but if I ever hear one in my house, I am going to move away immediately, and never come back.

This show is not what I expected.

I didn't watch a lot of Chowder as a kid, but I'm pretty sure this is some kind of typo.

I love it when captions provide translations from howyoudoin

We all know what this type of laughter sounds like. This is a good caption.

Twin Peaks in a nutshell from sadlygokarts

This could basically be every subtitle from every episode of Twin Peaks ever. That's certainly how it feels, anyway.

And here you thought go-karts were fun! Well, they are. But they can be sad, too.

this is a little different than I remember it.. from sadlygokarts

Wow, the later seasons of Teletubbies were pretty gritty, huh? This isn't how I remember it.

You know the transcriber was laughing to themselves as they created this subtitle. Just like I'm laughing with myself while reading it.

Attack of the clones from sadlygokarts

Look at him go!

They sure are from sadlygokarts

Those moves are totally sick, man! Teach me your ways!

I wish this would happen to me.

When you want to watch Young Frankenstein but Netflix for some reason gives you the subtitles from Lilo & Stitch. https://t.co/LwsvV6kGdI
— Denizcan James (@Denizcan James)1507763770.0

If I ever experienced this error, I would absolutely watch the entire thing. I wouldn't even complain!

If I had to describe Formula 1 racing in only three words, then this would be a pretty solid start.

I'm trying to imagine what sound he could possibly be making that could lead the transcriber to write this caption. So far, I'm coming up blank.

never fails to impress from sadlygokarts

It's a yodeling pickle. What did you expect it to do? Recite poetry?

Netflix, you messed up.

Somehow, the captions for Game of Thrones got attached to Top Gear. It made for a very different show.

That's what they do?!

He actually said, "drunk in public." Which is slightly different than this caption.

incredible subtitles on the most incredible of movies, titanic 2 from sadlygokarts

First of all, what a great onomatopoeia for the sound of a bell and a ship? Secondly: Titanic 2?!

Sobbing is completely illogical unless you can do so mathematically. Share this with someone who could use a laugh today!