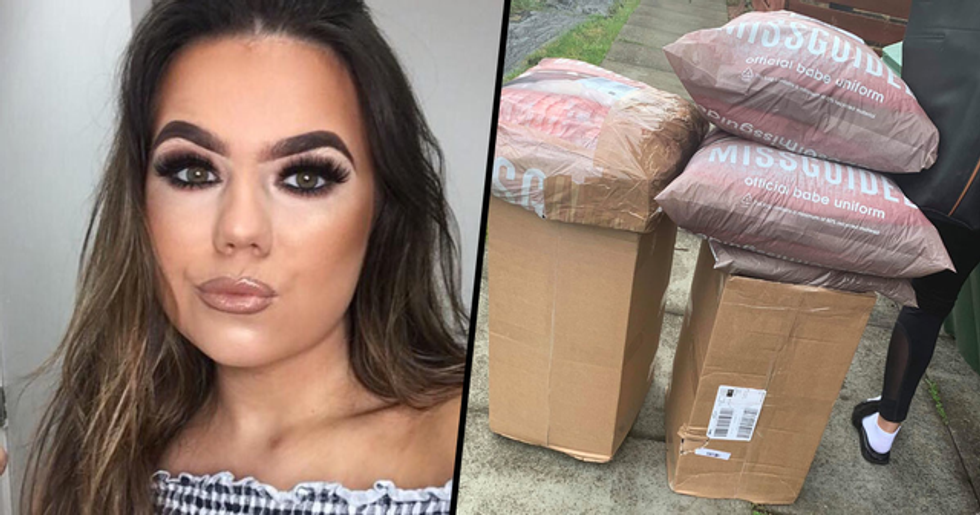 Broke college students always have to come up with ways to earn a little extra cash. Typical side hustles tend to include things like babysitting or taking a job in a bar or coffee shop. But one student from Glasgow, UK, came up with an innovative way to boost her income - selling images of her feet.

Twenty-one year old Amy Williams has a generous customer who allows her to go on online shopping sprees in exchange for some of the candid snaps. And it seems Amy is just as generous - as her friends shared screenshots of the enormous online clothing orders paid for by the sugar daddy in question.

Life as a college student is tough.

Alongside the early mornings, stressful tests, and sketchy roommates, there's another thing that needs to be dealt with.

Many college students find their first taste of independence to be a little pricier than they expected.

Many college students take on some part-time work to boost their meager budgets. These jobs tend to be pretty dull, but certainly necessary.

More and more, young female students are coming up with a rather out-there method of earning some extra cash while studying.

And one student from Glasgow, UK, seems to have it made.

Her means of boosting her budget? Well, it involves a rather obscure body part - her feet.

This is Amy Williams.

The twenty-one-year-old student from Glasgow, UK, has been making a mint in a surprisingly clever way.

"I've had the arrangement since May."

"I tweeted saying I was skint and needed a sugar daddy and [one] direct messaged me straight away offering money in return for feet pictures."

Amy was skeptical at first.

"I thought he was talking rubbish, as there's loads of fake people like that on twitter, so I said money first," she cannily decided.

So she put the proposition to the test.

"He sent me one of his credit cards and told me to buy myself something so I did and it worked."

Amy thinks she has a pretty sweet deal.

"As time went on, he started sending me money literally just for pictures of my feet, which I'm sure anyone would do."

"He also sends me money for the feet pics quite regularly."

"[It] is just really strange but definitely not complaining. It's only feet."

She regularly allows her pals to get in on the action, creating huge online orders courtesy of the sugar daddy.

And that's how this story went viral.

Here's the order in the flesh.

"There was so much stuff, I had to label it all up in my room with everyone's name on it so I didn't get confused," Amy laughed.

Many on the internet have had the same reaction.

"Okay how can I get in on the girls chat?" replied one Twitter user.

Others are reconsidering their life choices.

"Where did she find the sugar daddy?? Help I need one," wrote another Twitter user.

Amy pointed out she was a generous recipient.

The online retailer in question, Missguided, have got in on the action - offering customers an opportunity to get the sugar daddy treatment on them!

The story has got a lot of people thinking.

Exchanging feet pictures for shopping sprees doesn't seem a bad deal, after all! Curious about another sugar baby story? Keep scrolling for one who makes an incredible living off of her daddies.