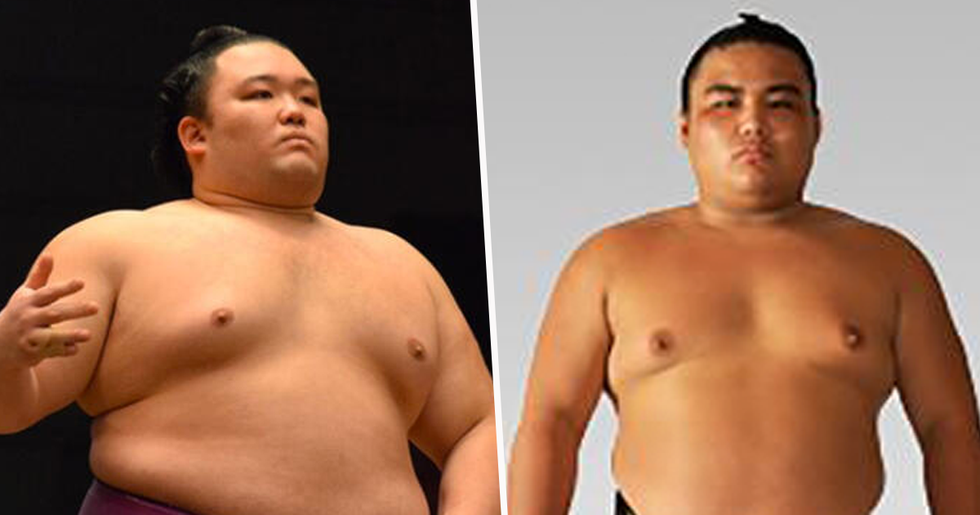 Heartbreaking news is just in that sumo wrestler, Shobushi, has passed away. He was just twenty-eight years old.

The cause of his tragic death has now been revealed.

Shobushi, whose real name was Kiyotaka Suetake, was a Japanese sumo wrestling star.

The twenty-eight-year-old belonged to the Takadagawa stable and competed in sumo's seventh division.

Shobushi made his professional debut in 2007.

And he reached the No. 11 rank in the sandanme division.

But this week, some heartbreaking news has surfaced.

The twenty-eight-year-old has sadly passed away.

The wrestler first developed a fever on April 4

But he struggled to get treatment at hospital due to the overwhelming number of patients complaining of the same symptoms.

After being turned away...

Shobushi was finally admitted to hospital on April 8.

He then became the first sumo wrestler to test positive for the virus on April 10.

According to the JSA, his condition worsened on April 19 and he was treated at an intensive care unit at a hospital in Tokyo.

He had been in intensive care since April 19.

However, devastatingly, his condition deteriorated.

And he eventually succumbed to the illness...

According to the JSA, he died due to multiple organ failure caused by the deadly virus.

He is now thought to be the first person in their twenties to die from the virus in Japan.

Awful to hear young sumo wrestler Shobushi (28) has passed away from coronavirus. Dreadful to hear the battle he an… https://t.co/xM6Mx5vSBo
— Melanie Brock (@Melanie Brock)1589356946.0

The news of his death is utterly tragic and such a loss to the sumo wrestling community.

The JSA spoke out about his death today.

"I can only imagine how hard it must have been, battling illness for over a month, but like a wrestler he endured it bravely and fought the disease until the end," JSA Chairman Hakkaku said. "I just want him to rest peacefully now."

"We are very grateful to everyone in the medical institutes who treated him with utmost care."

This is utterly tragic news.

R.I.P Kiyotaka Suetake. To read about the other stars who have sadly passed away this year, scroll on.