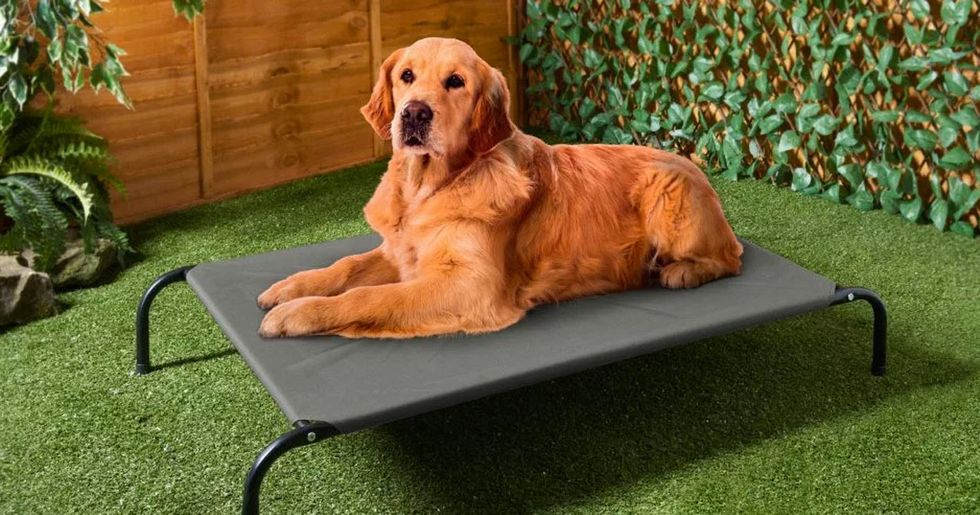 Sun Loungers for Dogs Are Now a Thing That Actually Exists

As the rate of technological expansion has increased and we've began to transcend barriers previously thought to be impassable, a great many achievements have been made.

We’ve mapped the solar system and the deepest oceans, we discovered our own humble origins and cloned successfully. We built the hadron collider. We’ve found the Higgs Boson and defeated smallpox.

And now, at long last, we’ve done it, We’ve created a sun lounger for dogs.

Dogs are people too.

Or it’s starting to feel that way. Over the years, we’ve endeavoured to tilt the behavior of our four-legged counterparts invariably towards ourselves.

This cool refresher for man's best friend comes in a range of flavors.

Marketed as "Pawsecco" in many countries, this is the perfect product for the alcoholic dog person who hates to drink alone.

So they can sit at the table.

And dog rafts are a thing.

For the dog who loves to hate water.

How about a dog ches-longue?

For the dog who needs therapy.

Or the dog rain coat?

For the sci-fi lover and the dog owner.

Which dogs get really embarrassed about when their buddies pick them up on it.

And even dog phones!

So you can chat with your pet while you’re at work.

Dog trailers are a thing.

For the alleviation of canine wanderlust.

And these dog goggles are too cute!

For when they sick their heads out the window.

The dog sweep boots are a great idea.

So they can clean where they walk. We need this!

For formal occasions: dog-based gala dinners, premieres and such.

We love this doggy costal house.

For dogs to brag about when they feel insecure at dinner parties in the city.

Neon leashes are a need.

And we think we need this dog bottle opener too.

Strange how many products are geared towards alcoholic owners…

We're not exactly sure what this is…

But we love the dog sleeping bag!

Dogs can even have their own personal tent!

Okay, that’s too much.

How about the dog drinking fountain?

You can use this toy to torture your pet as it tries to eat.

There’s a whole new dog product on the market and it’s for lazy days in the sun.

The dog sun lounger has come to the market!

Is marketed by B&M and it's perfect for those long summer days.

It cost $14.99, which is fairly reasonable for something that your dog will inevitably urinate on...

“Are actually suitable for both indoor and outdoor use, and will help your pets maintain their body temperature."

On the lounger, the dog will be less likely to pick up burrs or parasites such as ticks, which they can unwittingly leave around the house.

For a dog product, the sun lounger has had a lot of online attention, racking up over 1000 comments.

One satisfied customer from the UK wrote, "£15 from B&M. Friends have paid £69 for beds just like these.. and so far they seem fab."

Do we pamper our dogs too much?

They are dogs after all. It’s hard to know whether dogs are capable of appreciating stuff like ice cream and rain-coats...

"Deffo a bargain to keep their bones off the hard floors."

We don’t think dogs mind hard floors. They’re probably indifferent to them... But the doggy sunbeds are too cute to resist!