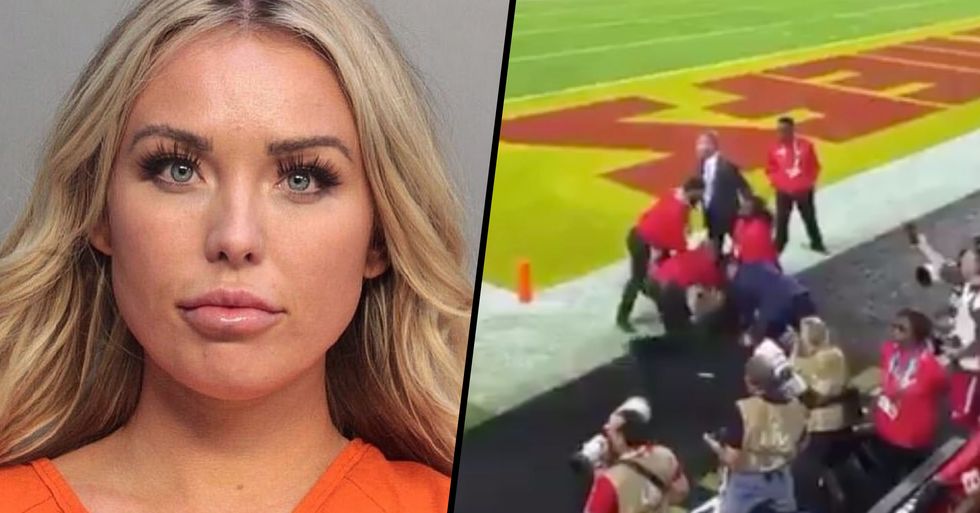 The biggest night in the sporting calendar was here once again. On Sunday night, The Kansas City Chiefs took on the Francisco 49ers in the 54th annual Super Bowl at Hard Rock Stadium in Miami Gardens, Fla.

The Kansas City Chiefs came out on top with a 31-20 victory.

Scroll to the end to watch the video of the Instagram model caught on the pitch before the game started.

And the game was broadcast on FOX.

The day is even more special for Shakira, however.

Sunday was the star's birthday! "I'm so honored to be taking on one of the world's biggest stages in the company of a fellow female artist to represent Latinos and Latinas from the U.S. and all over the world -- and to top it off, on my birthday!" the singer explained. "This is a true American dream and we are going to bring the show of a lifetime!"

It became the center of yet another meme craze online. However, the BBC along with many others called their show a "return to form."

The Super Bowl couldn't be complete without a streaker.

A model with a large Instagram following was arrested during the Super Bowl LIV. Scroll to the end to see the video.

She attempted to run onto the field when the game started.

The 27-year-old, Kelly Kay Green attempted to streak on the pitch, before being caught and held down by security guarding the perimeter.

Lots of people recorded the incident.

The footage recorded by someone nearby, shows Green being pinned down followed by her being escorted away. Green pulled up her dress to flash her knickers while being dragged away.

Green was charged with misdemeanor and trespassing.

The Miami-Dade Corrections and Rehabilitation Department released records showing Green was held on a $1,000 bond. She was released shortly after, posting to Instagram: ‘Young jail bait out of jail. Fresh out the pen. Fresh out Dade County.’

When asked about why she streaked, she replied, "I was just living my best life."

In reality, the stunt was for the site Vitaly Uncensored, an X-rated site run by the YouTuber Vitaly Zdorovetskiy, best known for getting models to streak to promote his brand. This has happened before, when model Kinsey Wolanski ran onto the field during the Champions League final in 2019, wearing a black swimsuit bearing its logo.

Clearly she has come out on top.

Green's Instagram following has rapidly increased since Sunday. Her 265,000 followers increased to 309,000, which you have to admit is quite impressive. The model has since posted a number of pictures to her account for her increasing followers to see. You definitely can't buy that kind of following.