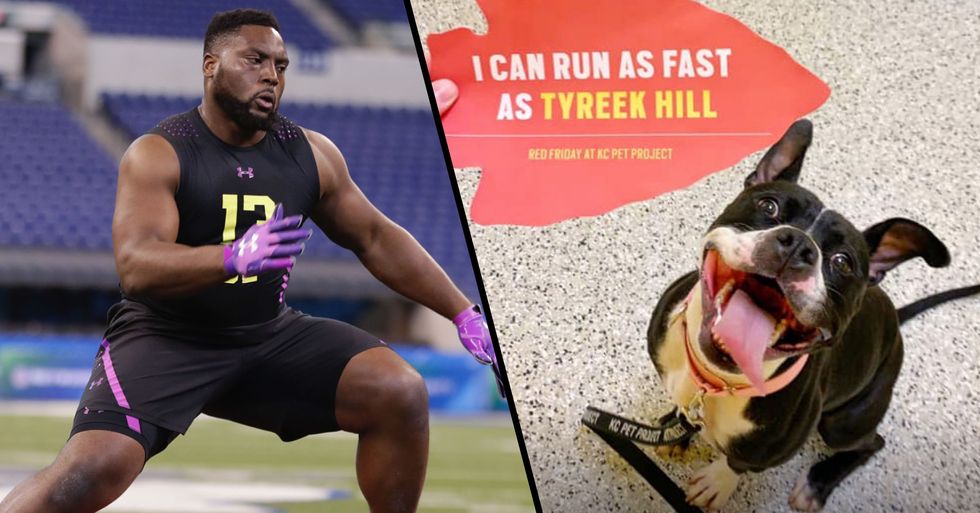 The Super Bowl for this year has been and gone.

On Sunday, The Kansas City Chiefs took on the Francisco 49ers in the 54th annual Super Bowl at Hard Rock Stadium in Miami Gardens, Fla.

And The Kansas City Chiefs ultimately came out on top with a 31-20 victory.

The entire country spent the evening celebrating the victory, but one of the Kansas City Chief players celebrated in the best possible way.

The Super Bowl for this year has been and gone.

The biggest date in the sporting calendar rolled around for the 54th time on Sunday, and it was everything we could have possibly imagined.

But back to the football... on Sunday, the world tuned in to watch the highly-anticipated Super Bowl LIV.

Kicking off at 6:30 pm ET, we watched as the Kansas City Chiefs take on the San Francisco 49ers. Kansas City finished 12-4 in the regular season, beating the Houston Texans and Tennessee Titans in home playoff game, while The 49ers, finished 13-3, winning home playoff games over the Minnesota Vikings and Green Bay Packers, Washington Post reported.

Shakira and JLo were this year's half-time performers...

The show marked the first time the music icons have ever performed on stage together... and they certainly gave us a show to remember.

But after the half-time show...

The Kansas City Chiefs won the Super Bowl, with the team swiping a 31-20 win.

Audiences and fans all around the world celebrated this victorious win...

But the Kansas City Chiefs were the ones who had the real celebrating to do.

Derrick Nnadi is a defensive tackle for the Kansas City Cheifs...

And he did something truly astounding to celebrate his win.

Derrick decided to pay for the adoptions at a Kansas-based dog sheltering service.

KC Pet Project announced the lovely news on their Facebook page, revealing that the twenty-three-year-old football star has now covered the adoption fees of every single dog at each of their locations.

The sheltering service are over the moon with Derrick's donation...

"We have had an amazing, season-long, partnership with Derrick and he couldn't have thought of a better ending," they wrote. "This partnership has been sponsored by the Derrick Nnadi Foundation. To learn more and to donate today, visit www.dnnadifoundation.org."

And he first announced the partnership between KC Pet Project and his own Derrick Nnadi foundation in September of last year.

More and more dogs have found homes because of the project...

Speaking with CBS News, KC Pet Project revealed each of the dogs funded by Nnadi throughout the season have since found their forever homes. "Thanks to his incredible support following this win, more than 100 available dogs in our care will have their adoption fees sponsored starting today."

A massive well done to Derrick and the people at KC Pet Project!

"We’ve had an average of 20 new dogs coming into our shelter every day recently so this comes at a great time as our shelter is full of wonderful pets looking for homes," they went on to say. It goes to show that kindness truly does go a long way!
20%