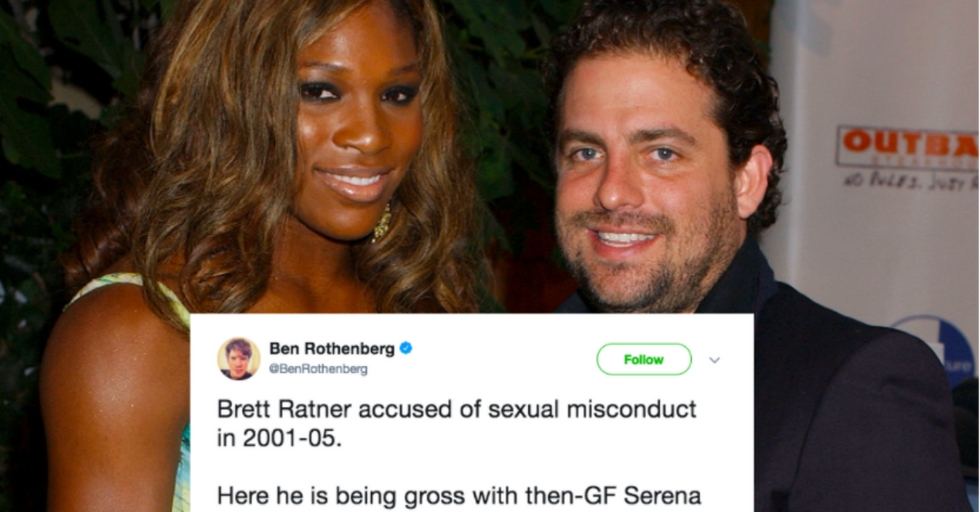 Now, a video has surfaced from a 2005 reality show that shows Ratner acting inappropriately toward his then-girlfriend, tennis superstar Serena Williams. It's so so gross, but beyond that, it's appalling that this was once considered acceptable enough behavior to be aired on reality TV without a second thought.

In case you didn't know, Serena Williams and Brett Ratner used to date.

Their relationship lasted for about two years, from 2004 to 2006. The video that's currently going viral is a 2005 clip from Serena and Venus Williams' short-lived reality show, Venus and Serena: For Real. In it, Serena seems to be breaking up with Ratner (though they didn't officially call it quits 'til '06) at one of her sister's tennis matches while he heckles Venus with sexual comments and keeps trying to touch and kiss Serena even though she pushes him off.

You can watch the nasty encounter here:

"Give me some love. Show me that you care," Ratner says while grabbing at Serena's hand. "Can you stop? Can you watch my sister play, please?" Williams chides. When Williams cheers for her sister, Ratner chimes in too, shouting, "Sexy legs! Sexy legs!" Whatta guy.

Since the recent allegations against Ratner became public, Warner Bros. dropped his co-financing deal, which was worth about $450 million.