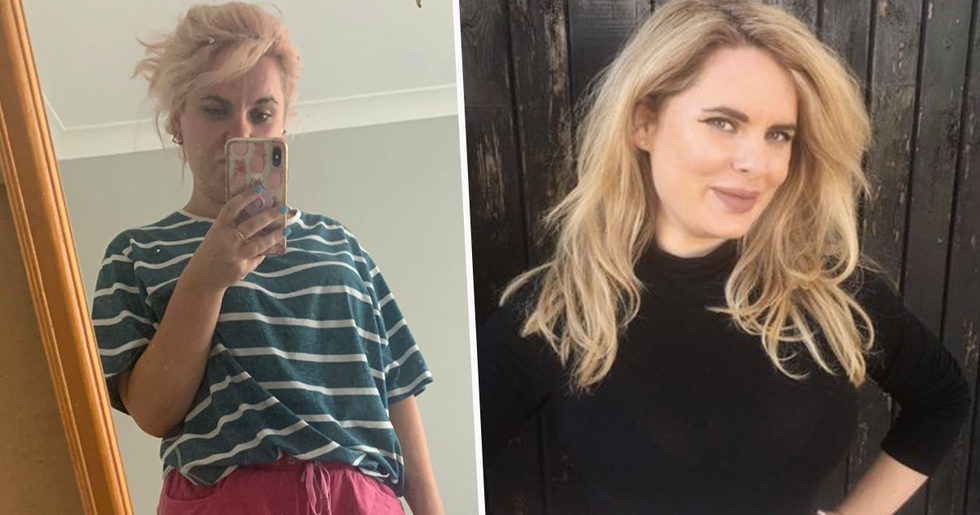 When the weather is hot...

It just feels impossible to have your legs constrained.

You've got to let your legs breathe!

But for some, shorts are more than just a method of keeping cool...

Some just can't help being offended by other peoples' bodies!

We were all born naked people!

And one woman had a particularly frustrating experience this week.

While simply trying to buy some groceries...

Some people just can't seem to get on board with others being comfortable!

It seems as though a lot of people are offended by some women's bodies.

And sometimes, it's even to the point where they actually tell women how to cover up. Annoying!

But one in particular has got the internet talking...

Lauren O'Connor, a PR Director, came under the wrath of a grocery store.

When she tried to pick up some groceries in a store in Surrey, UK, this week.

She was approached by a member of staff and asked to pull down her shirt to cover herself up.

"I was wearing a mask but can imagine the color my cheeks would have been."

"It’s a humiliating experience to have that happen especially in this sweltering heat."

"It’s double standards when men are allowed to walk topless in supermarkets and crazy that supermarkets can’t police people not wearing masks, but I can’t wear hot pants in the summer heat?"

We have to agree!

And many are feeling pretty outraged at her treatment, too!

Many have reached out with their own stories.

It seems being a woman in the summertime just isn't ideal!

She was wearing a mask - what do other parts of the body matter?

She also shared the picture.

Which hardly showed a "sexy" sort of outfit!

What do you make of this story?

Want another story of women being clothing-shamed? Scroll on.