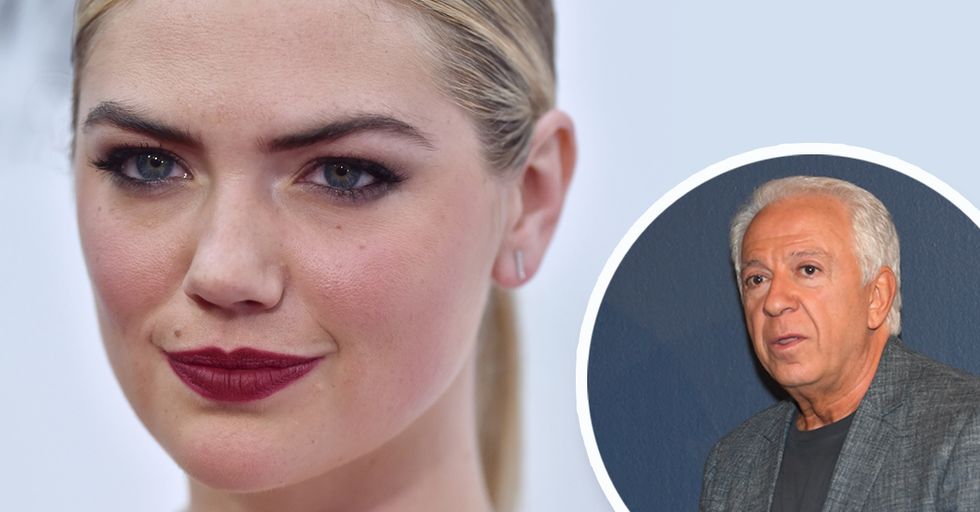 Unfortunately, it won't come as a surprise that sexual harassment and assault is rampant in the fashion and modeling industries.

Supermodel Kate Upton has now come forward with accusations of sexual harassment against Guess Jeans co-founder Paul Marciano and judging by the responses to her statement, she's far from alone in her experience.

Kate Upton might be the most high-profile supermodel today.

She's known for her Sports Illustrated Swimsuit Issue covers and her appearances in films like Tower Heist, The Other Woman, The Layover, and The Disaster Artist. Upton was the face of Guess Jeans from 2010 to 2011.

On Wednesday, Upton tweeted this:

She used the #metoo hashtag, alluding to the idea that she herself has been harassed by Marciano. She implicated the whole brand in allowing him to behave this way.

Paul Marciano is one of four French brothers who founded Guess.

According to The Daily Beast, Guess was one of the first brands to "reimagine denim as a fashion textile." They did so through their famously "provocative advertising campaigns."

Upton shared her statement on her Instagram as well on Wednesday:

Her caption read, "He shouldn't be allowed to use his power in the industry to sexually and emotionally harass women #metoo."

This is a story that has become all too common these days.

Women are preyed upon by men in positions of power over them, men who potentially hold the key to their professional success, and so they are harassed and assaulted while being coerced into silence. It's a poisonous culture that has to stop. As soon as Upton went public with her accusations, other women came forward with expressions of support and more, and Upton spoke with TMZ about her story...

Sade Sellers claims to have worked with Marciano for several years and had this to say on the matter:

No formal accusations have been made yet, but it's common for one story to open the floodgates. It's often dangerous and difficult for one woman to step forward, but, as we saw with Harvey Weinstein, women can make a strong statement when they band together.

It seems that several people have had experiences with Marciano, or they know of someone who's been harassed by this man.

TMZ caught up with Kate Upton as she arrived at LAX and hustled through the airport. When a reporter asked her about her accusations, Upton said, "I'm excited to tell my whole story but a walk to the car is not going to cover it." "What do you think should be done to keep people in positions of power from abusing that power?" the reporter asked. "I think a lot of people around them know about it and need to speak out," Upton responded. "Is this the end or are there more cases like it, you think?" the reported pushed. "Way more," Upton said as she got into a car.

Obviously, where there is a woman trying to fight for justice for herself and others, there are detractors.

The "Nobody made you do anything you didn't want to" argument is one that is completely ignorant of the power dynamics of professional relationships for women. Women perform a tight-rope walk on a daily basis to make sure we remain "likable," "hireable," not "bitchy" or "bossy" or "too assertive" or "difficult."

The vast majority of responses Kate Upton received were supportive (and from women).

Kate Upton knows that because of her level of fame, she holds a certain clout in the fashion world. And we applaud her use of her power to help other women who have been too afraid to step forward.