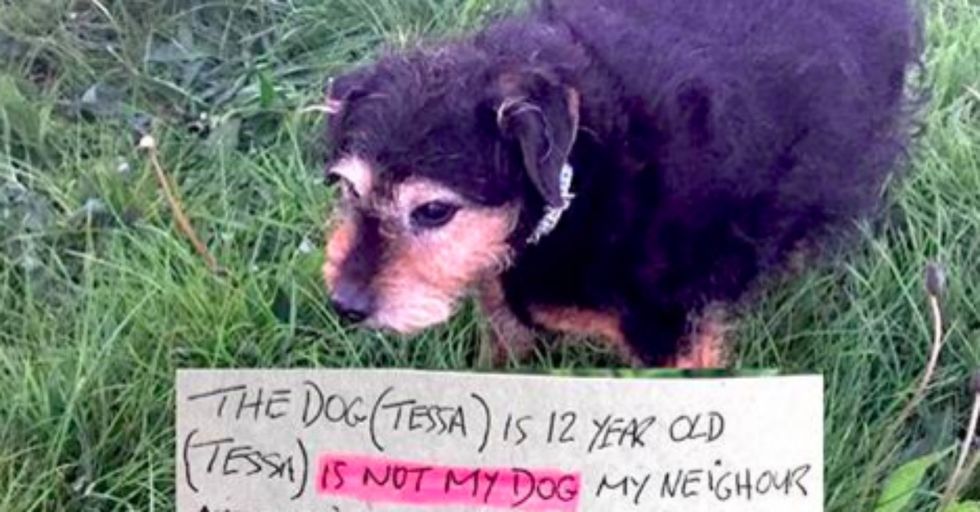 Animal lovers from around the world are sending their support for Tessa, a twelve-year-old sweetheart of a dog that was abandoned in the cruelest way possible.

The South Yorkshire Pet Ambulance (SYPA), an animal rescue organization in the UK, went viral when they posted that rescue workers discovered her abandoned in a field.

Tessa was found next to bags containing all of her stuff, like bowls and food.

The poor thing was even found lying on a wet blanket.

Even though she would have had every reason not to trust the rescuers, she didn't shy away they came to rescue her.

The SYPA also shared a note from the person who abandoned her explaining why, and spoiler alert, it's not a good explanation.

I will never understand how people can do this, but for every heartless idiot, there are a dozen people willing to help, and that's exactly what happened. As the posts about Tessa went viral on Facebook, tons of people from the Yorkshire area started reaching out to the SYPA to ask how they could adopt her. She has to be cleared by a vet before they can even think about rehoming her, but that process has begun.

It looks like she'll get a new home, and maybe even some justice.