T.I.’s Wife Responds After He Admits He Checks His Daughter Is Still a Virgin | 22 Words 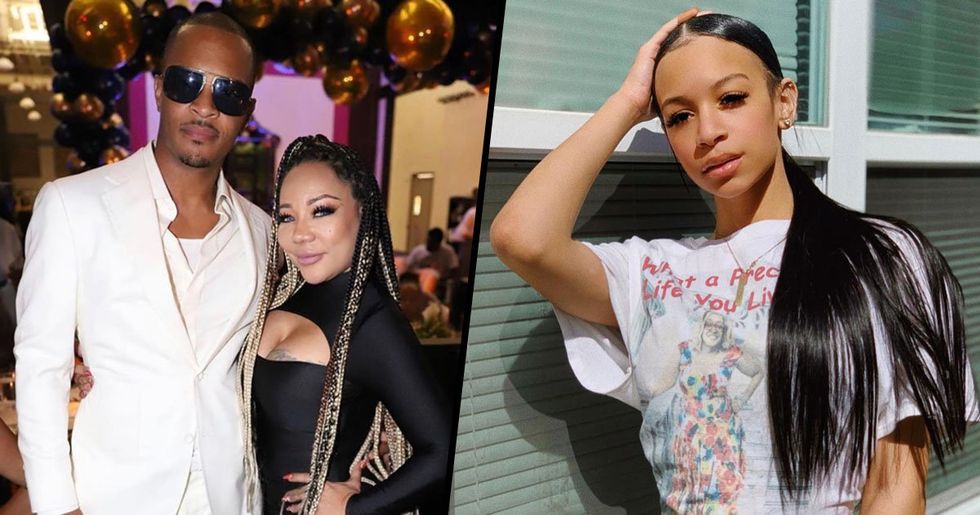 T.I.’s Wife Responds After He Admits He Checks His Daughter Is Still a Virgin

People are completely disgusted at the rapper's actions and have even labeled them as child abuse. And now, a number of different celebrities have spoken out about his actions, and let's just say - they are not impressed. And now his wife has broken her silence on the controversy.

The double standard of the patriarchy is truly insane. Young women are fully capable of making their own informed d… https://t.co/vwGEGzXkTC
— Padma Lakshmi (@Padma Lakshmi)1573066285.0

That a broken hymen doesn't necessarily indicate sex. Sorry T.I. but you're both perverted, creepy, and incorrect.

Either way, we're loving the drama.

But now there has been another twist in the tale.

Social media seems to be the site where all of this is going down - and people are noticing some pretty sketchy stuff.

Because in spite of Deyjah not actually saying anything ...

She is definitely communicating through her social media channels.

She seems to have unfollowed her famous father.

The hosts of the Ladies Like Us podcast have also distanced themselves from T.I.'s disgusting comments.

And the next to speak up appears to be T.I's wife, Tameka ‘Tiny’ Harris.

Tiny took to Instagram to post a snap of herself along with the rapper, along with the caption: "Mi amor por siempre," which translates to "my love forever."

But of course, her comments were inundated with people asking about Deyjah.

She may have tried to bury her head in the sand but it clearly didn't work, so she finally broke her silence.

And it was brief, to say the least...

"Is Deyjah okay? We care…" a user person commented, but instead of explaining how her stepdaughter is doing, Tiny replied with a series of eye-roll emojis.

Her support suggests she condones T.I.'s disturbing treatment of his daughter.

Looks like there's no breakup on the horizon for the pair...

As of now, T.I. has remained silent amidst the backlash.

But now that Tiny has had her say, we wonder how long he'll remain tight-lipped for.

We can't imagine this is an easy time for Deyjah.

We just hope she's getting enough support from her loved ones and keeps herself safe and happy.