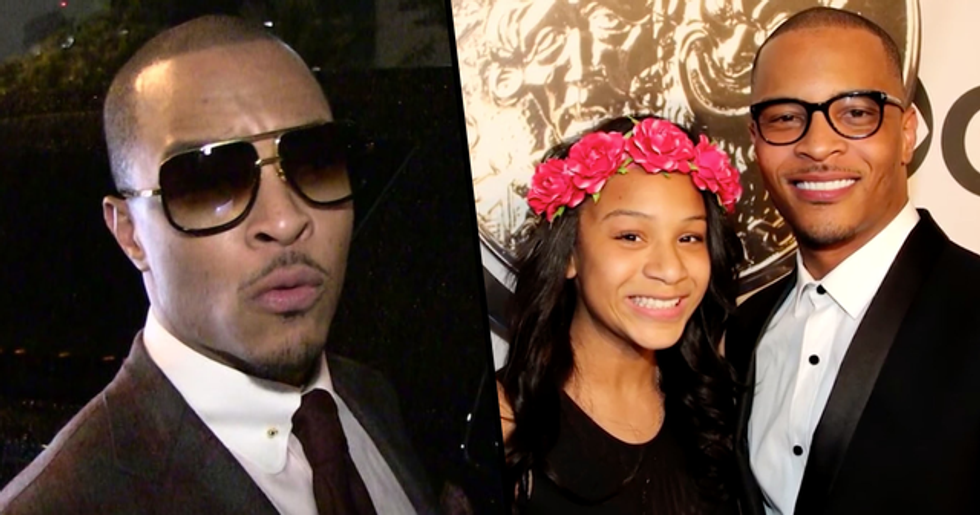 Last month, the world was left completely horrified after the rapper and record producer, T.I, admitted that he takes his eighteen-year-old daughter to the gynecologist every year to check if her hymen is still intact.

Yes, you read that correctly. A fully grown man, taking his fully grown daughter to the doctors to ensure that she is still a virgin. Quite obviously, the world was completely outraged, with thousands of people and celebrities alike slamming T.I for his oppressive and controlling behavior.

And now, the response has escalated into the realm of legal changes.

And, quite understandably, people were completely horrifed.

Many have slammed the rapper as “perverted", and have shuddered at the ownership he’s imposing over his daughter.

And some have even labelled T.I's actions as "rape culture"...

And his actions have even been taken seriously by law officials, with one New York lawmaker introducing a new bill in the wake of his announcement.

New York assemblywoman, Michaelle Solages, has responded by introducing a new bill that will combat such controlling behavior.

Solages, who represents parts of Long Island, recently introduced a new bill that would outlaw what she describes as "virginity tests" in doctors' offices across the state.

The bill was inspired by T.I's actions against his daughter.

And she wants to ensure that the new law, which is an amendment of the current public health law, will prohibit this kind of behavior from happening in other households across the state.

The bill will aim to protect other vulnerable young women like T.I's daughter.

Solages told the NY Post, "I was horrified to see this was happening. If a celebrity can impose his power to ensure his eighteen-year-old daughter gets checked, imagine what can be done in households across New York state?"

The bill will be a huge step in women's rights.

And it reads, "Section 1 of the bill adds 2 new sections ... to the public health law to forbid the performance of a hymen exam on women as a means to ascertain whether a woman is a virgin." A second section would address education law. For more on the violation of women's rights, keep scrolling to read about Alabama's controversial "Heartbeat bill"...