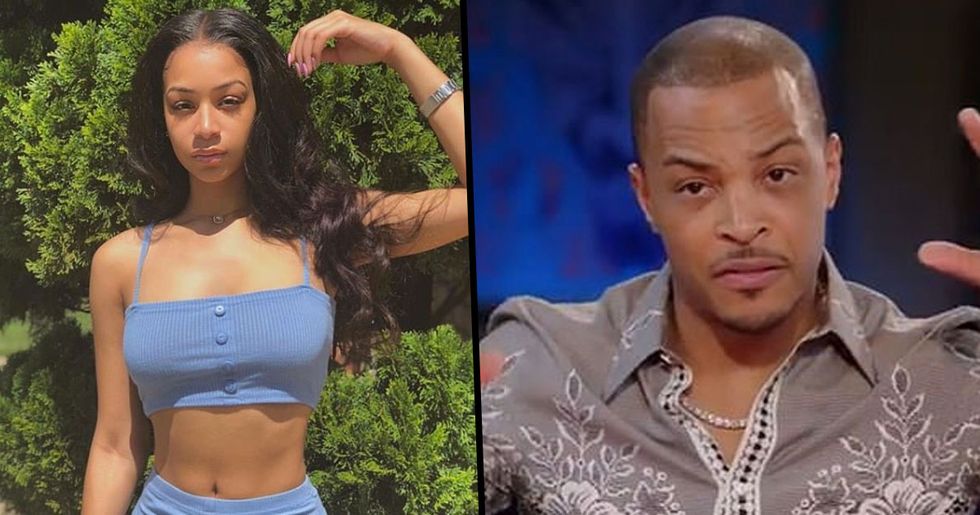 T.I. Finally Responds After Being Called out for Checking His Daughter's Virginity

There have been endless stories of controlling and obsessive parenting, and one particular story has dominated headlines in the past month.

People were completely disgusted at the rapper's actions and have even labeled them as child abuse. Many spoke out about his actions, and let's just say - they are not impressed.

But finally, T.I has spoken out publically about his actions, so keep scrolling to find out more...

The rapper featured on a podcast last month...

And others have commented on this invasive behavior.

Either way, it seems Deyjah is standing up for herself.

Another twist in the tale soon surfaced.

Social media seems to be the site where all of this is going down - and people were quick to notice that Deyjah unfollowed her dad on Instagram.

And after so much scrutiny on her own social media pages ...

Deyjah then made the decision to delete all of her social media accounts.

We can't say we blame her - after the weeks she's had, we'd be in need of a digital detox, too.

And that Deyjah's time away from the internet will give her the respite we're sure she needs.

But her dad has

T.I and his wife, Tiny Harris, appeared on the most recent episode of Red Table Talk, chatting to Jada Pinkett Smith and her mother Adrienne Banfield-Jonesto to "set the record straight."

T.I went on to blame others for "overreacting"...

Sitting down with sympathetic interviewers who often give him the benefit of the doubt, T.I. was quick to defend himself against the backlash. He argued that there was little fault in what he said and what he's done... and blamed others for overreacting.

He claims to have said what he said in a "joking manner."

"I just began to — from a place of truth — I began to embellish and exaggerate," he said. "And I think a lot of people kind of took it extremely literal. Because if you put any of my reputations, like who I am as a father, who I've been. I honestly thought people knew me better than that."

Jada pushes him, asking if he understands the sensitivity of the subject he was discussing...

T.I. replies that he didn't understand it at the time, but he does now... but he continues to blame the public for misunderstanding him rather than what he said or claims to have done.

"My intentions, I think, have been terribly misconstrued," he said.

The deranged father continuously insists he "wasn't in the examination room"...

T.I then goes on to contradict himself... again.

"I never said that it was being done present day as an eighteen-year-old," he goes on, while his wife interjects that Deyjah was 15 or 16 at the time. In the podcast last month, T.I confirmed that his eighteen-year-old daughter was still a virgin.

He most definitely forced her to go to the gynecologist this year when she turned eighteen.

"All of this false narrative has just been sensationalized," he argued.

T.I said that his daughter initially never had a problem with going to the gynecologist...

But she did have a problem with him talking about it publically... as anybody would! "And I understand that. And I am incredibly apologetic to her for that. To her. Not to any of these other strangers, any of these weirdos that just kind of toss lies around for fun," he said.

It's rather problematic how they are speaking on their daughter's behalf...

Tiny then chipped in, "I definitely understood why she would feel like that, it was personal to her. Deyjah's a quiet child. She doesn't talk a lot."

T.I has simply dug himself into a deeper hole, and we aren't impressed.

"I want to know, what is the purpose and place of a father in this society?" he said. "Because a father like myself, who wants to be as involved and as attentive as possible, we could draw the conclusion of, we just donate sperm and come pay for things and we don't have no say-so in how things are handled." Watch the full interview for yourselves here...