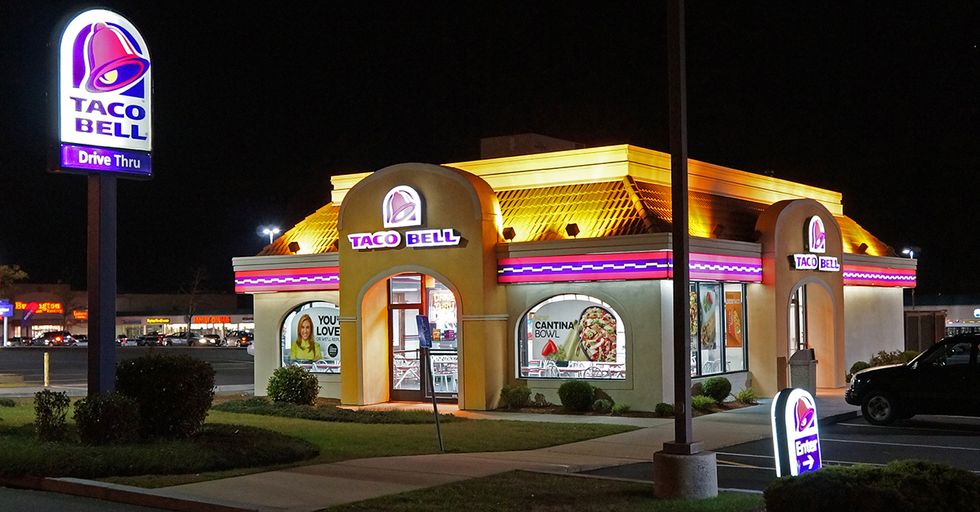 Sure, Taco Bell fans may think there's no room for improvement on the menus offerings, but if you're willing to trust the experts, you'll find there's a whole undiscovered world of menu options out there.

Substitutions, combinations, and preparations can all be tweaked to take your Taco Bell experience from "great" to "perfection." See how to do it with this handy guide.

Free extra cheese on everything!

Yup, all you gotta do is ask. Cause what's not better with more cheese?

Use the cheese sauce for...

...everything. And DON'T let anyone tell you that can't can't dip something in nacho cheese sauce. That's a lie.

The sauce on those things gets a little wonky as it cools, so go quesadilla first. Always.

Get sauce sent to your home.

Yup, you can order their sauces from Amazon. That changes everything.
Buy Now

Hot or not, you can toss your Taco Bell food in a panini press and get that stuff warm and crispy in a hurry.

You can substitute potatoes for meat in just about anything.

Because why have non-melted cheese when you could have the alternative?

Yup, you can even sub Doritos into Nachos Grande. Don't hesitate to do this.

I could see this working really well.

"Are you bored with your basic frozen pizza? life hack: cover it in tabo [sic] bell fire sauce." via @mackenxcheese

Or, go beans instead of meat to mix things up.

Vegetarian or not, sometimes you just want beans, right?

I don't even know what this is.

But I know I'm ordering it.

Put them on eggs.

Or, you know, literally anything you want to consume.

"Taco Bell Hack - Buy 2 mini chicken quesadillas, and 1 spicy tostado. Break tostada in half and put each half into quesadillas. [sic] You're welcome." via@ChrisNRC