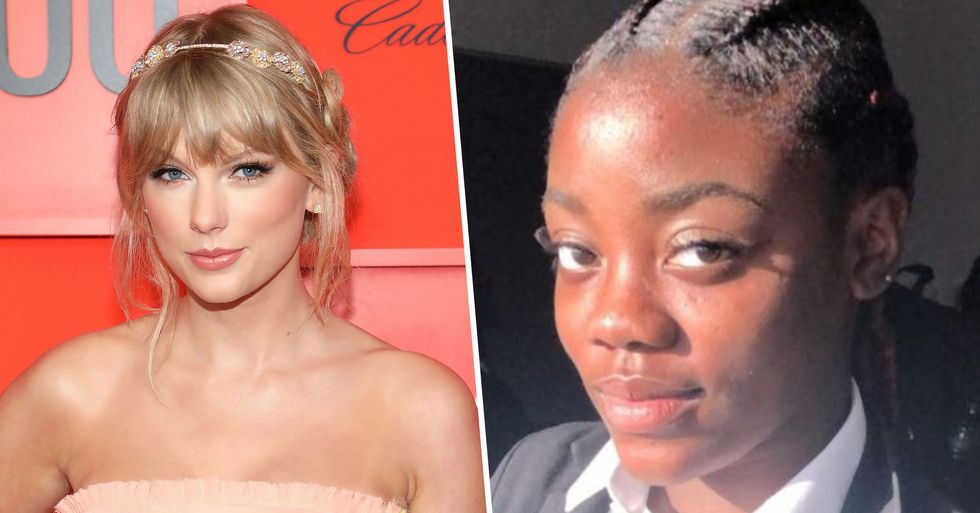 Taylor Swift Donates $30,000 To Student So She Can Afford To Go To University

Chloe Rowland
Taylor Swift has helped a student achieve her dream of going to university this week, and it's an incredibly touching story...

It's no secret that university comes with a hefty price tag.

Tuition fees, accommodation, textbooks, laptops... it all mounts up to a lot of money, that quite simply, not everyone has.

And sadly, because of this...

So many deserving and talented people miss out.

But, not if Taylor Swift has anything to do with it...

The star has hit the headlines this week for giving the ultimate gift to one lucky student.

And when you read the story of the student she helped out...

We all know Taylor Swift is an amazing songwriter and music producer, but there’s one thing she doesn’t get enough credit for… And that’s her overall creative talents.

After spending years trying to resist the negative press, she ended up giving in to the “psycho" image that they kept promoting thinking it would save her from any further damage…

Instead, people branded her as “arrogant" and a “try-hard" and noticed her obvious attempts to stay relevant in the industry. At this point, it seemed as though she couldn’t do anything right.

And after a year of healing, she came back with a gentle vengeance. And that’s where her new music comes into play…

She seems to be on a real winning streak with her music.

And it seems she's also no stranger to a good deed.

An aspiring mathematician who could not afford to pay for university in the UK has received the most surprising gift from the singer this week.

After receiving top grades, Vitoria Mario from north London had been offered a place at the University of Warwick.

But, having moved to Britain from Portugal 4 years ago, she is not eligible for maintenance loans or grant to help with the costs.

Tragically, her father has died and her mother lives in Portugal.

"Moving away from her was a challenge but it was a sacrifice worth being made in my family's eyes," she said.

Mario said her family lacked the finances to support her.

So, she set up a GoFundMe page to raise the money needed to pay for her accommodation, a laptop, textbooks, and general living costs.

And this week it received a shocking donation.

Taylor Swift donated a whopping $30,000 to enable Mario to accept her offer at university.

Mario says that the singer's donation is a "dream come true."

"I was worrying too much about the money, what I have to do, and if I have to look for a job. She actually made my dream come true," she told the BBC.

For more Taylor Swift, keep scrolling if you want to learn a little bit more about her turbulent scandal with her former company after it was bought out by Scooter Braun...