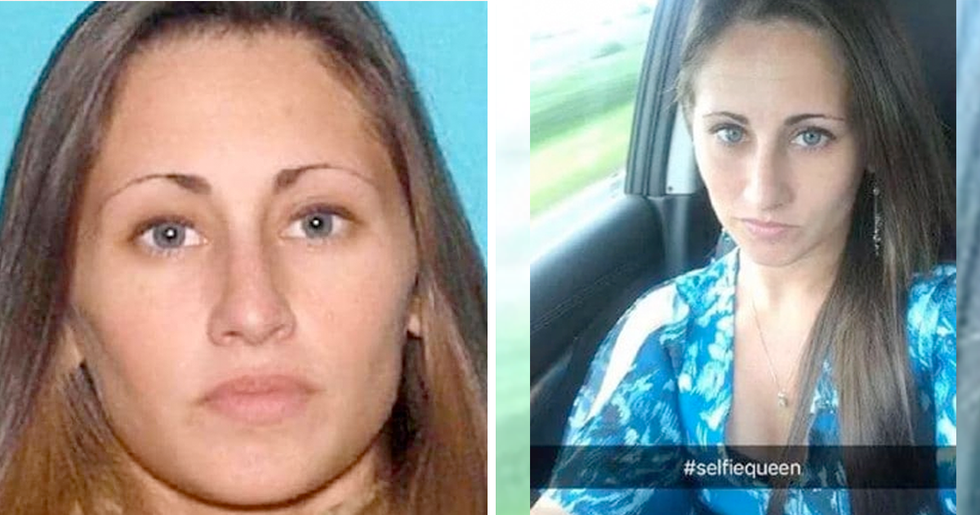 It's an unfortunate fact of life that often those in positions of power can end up abusing it. It's something that's always happened - but often a story in this conventional theme captures the internet's attention. For some reason, when it's a female teacher preying on young male students, the story seems even more shocking.

Such is the tale of one New Jersey teacher.

Details have surfaced this week about Michelina Aichele, an English teacher based in Montgomery County, USA. The reports of her misconduct against a particular teenage student have shocked the world. And what makes this story even creepier? The fact Aichele was using newer technology like Snapchat to pursue her victim.

We've got all the details of what exactly went down in this bizarre story - so scroll down to find out more!

The way society is set up always leads to some sort of power imbalance.

There is always going to be people with more money, influence, clout and power - sadly, that's just the way things are.

And this isn't always a bad thing.

Sometimes, it's necessary for one person to be "in charge" of many - for example, teachers in a school.

But this can, of course, lead to problems.

Because humans are fundamentally flawed creatures, there are always going to be some who have darker impulses that they find unable to resist.

Even though acting on some impulses is, of course, illegal.

For some reason, there are still certain individuals who believe they can somehow "cheat" the system, and abuse the power they have.

There's another problem too.

We often have a strange way of viewing these crimes - particularly when the perpetrator is a female, and the victims male.

We have a pernicious view that when the gender roles are reversed, it isn't "as bad."

When we should know that logically, this simply isn't the case. It's something everyone needs to work on.

Which can be a little bit tricky.

One thing that is probably partly to blame is the "sexy teacher" trope in popular culture, which seems to have leaked over into real life.

When really, any teacher's role should be the same.

Which is to share knowledge and improve intellectual curiosity - whether they're a man or a woman.

The vast, vast majority of teachers do an amazing job.

But, unfortunately, there are a few individuals who take the opportunity to behave in a predatory manner.

And there's a new way they can enact this dark behaviour.

Modern technology has given those with predatory aims even more methods through which to prey on potential victims.

Because now creeps have a whole new method of reaching out.

And predatory behaviour somehow seems easier to get away with thanks to the privacy of an online form of communication.

And there's one app in particular which predators can take advantage of.

Snapchat, which launched in 2011, is a perfect way to send more risque messages, as they disappear after they're sent.

This can make it particularly ideal for explicit photographs.

It appears to leave a lack of evidence or proof, meaning for some abusive teachers, it seems like a great solution.

Something on teacher in New Jersey took advantage of.

This is thirty-year-old Michelina Aichele, an English teacher who has been convicted of sending explicit images to her students.

She could serve up to a year in jail.

Aichele has pleaded guilty to endangering the welfare of a child, thanks to revelations that she sent nude photos of herself to a student via Snapchat and email.

Aichele was apprehended in October 2018.

School staff discovered the images and conversations, and handed the information to police. The messages in question were between Aichele and an unnamed seventeen-year-old student.

Aichele was a high school teacher based in a school in Montgomery Township in Somerset County.

The victim admitted to receiving images of his teacher.

He claimed to have received images of "her exposed bare breasts and buttocks," according to NJ.com.

The nudes were sent over a period of months.

The exchanges via various forms of social media took place between February and April in 2018, when the boy was a high school junior.

At first, both Aichele and the student denied the claims.

When accused by the school about whether they were having any sort of inappropriate communications, Aichele said she wasn't. It was only when the police became involved that the story came out.

It later transpired there was an abundance of proof.

Aichele had even communicated inappropriately with her student via the school's email server.

But Aichele tried to point the blame elsewhere.

She then claimed the students had hacked into her phone and sent themselves the images and messages from her accounts.

According to reports, Aichele had sent the student encouragement to take the "Rice Purity Test," which is supposed to measure a person's sexual experience.

AIchele could have faced up to five years in prison.

Her charge is third-degree endangering of the welfare of a child, as a result of her predatory behaviour.

Aichele made the decision to plead guilty.

This reduced her potential jail time to just one year.

Aichele faces further repercussions on top of this.

For one, she is banned from teaching for life, giving up her career and a job which reportedly earned her $72,500 a year.

She also has an even bigger punishment.

Aichele will be forced to register as a sex offender - a charge which lasts for the rest of her life.

Further images have emerged of the teacher.

It seems she was an avid user of social media - although we're guessing she may have to rethink her position now.

Clearly, sexual exploitation can come in a variety of forms.

It's important we try our best to look after and protect one another, as the world seems to get more and more frightening.