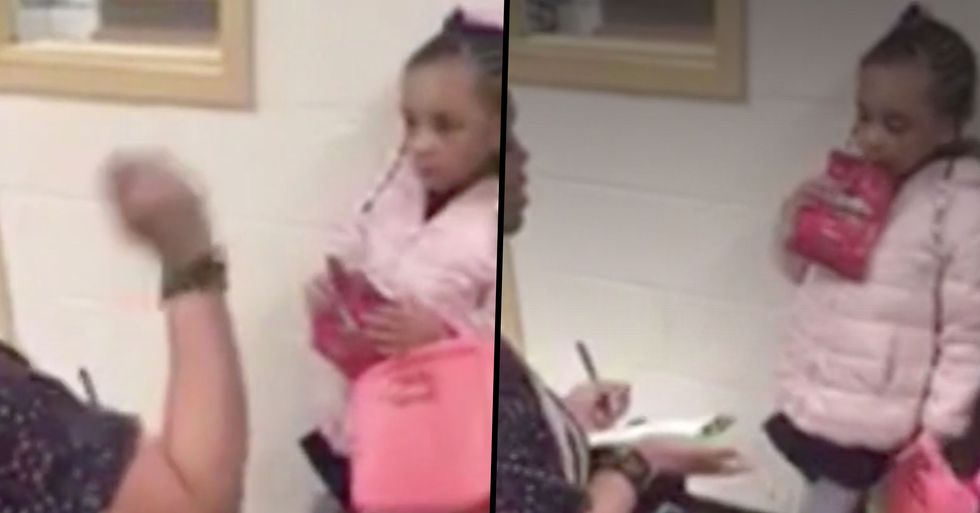 Teacher Divides the Internet With 'Disgusting' Punishment for Misbehaving Child

A teacher has come under serious fire after she was filmed inflicting a "disgusting" punishment on a misbehaving child...

It is a truly divisive topic.

How far is too far when it comes to punishment?

Now, we all know that children need a firm telling off from time to time.

But when is a punishment deemed as "over the line?"

We all have the classic go-to punishment methods...

The naughty step, confiscating their favorite toy... You get the gist.

But, sadly, there are some adults out there who abuse their power over a child...

And resort to physical violence as a means of punishment.

Especially when it's used against a child.

And, sometimes, this abuse of power is used in the classroom.

While most teachers are there to educate and help children, some sadly take things to a different level.

Some teachers have been known to become violent with their misbehaving students...

And the latest example of this has truly divided the internet.

It happened in Memphis, Tennessee.

Ciara Morgan was picking up her 5-year-old daughter, Hailey Turner, from kindergarten last week when she noticed something worrying.

Hailey had a large bruise around her eye.

Straight away, her mom knew something was wrong.

How else could a child get a bruise of this magnitude at school?

Speaking of the moment she saw the injury, Ciara said: “I actually cried because she had a big bruise around her eye."

And, when asked about her injury...

Hailey told her mom that it was her kindergarten teacher who had inflicted the bruise upon her.

It had allegedly happened because the children were misbehaving.

Ciara said that her daughter recalled: "The teacher reached into her desk, pulled out a ruler, walked over to her, and told her ‘no tattle tailing’ and popped her."

“Ms. Lewis hit me in the eye with a ruler and told me not to tell anybody."

Straight away, the family went to the Memphis school to report the incident to the Shelby County School District administrators.

The station has confirmed that disciplinary action was taken against the teacher in question...

In a statement, the district said: "We can confirm this employee was removed from the school and received disciplinary consequences in accordance with board policy."

She was allegedly back in the classroom. Hailey's family claim that the child told them: "Ms. Lewis is back in school and they removed me from my class."

It turns out that the Department of Education is yet to review the case...

So the teacher in question is still allowed to teach the class.

Meanwhile, the internet is truly divided.

Some have labeled the teacher as a "child abuser", with one social media user writing: "That is NOT a teacher; that is a child abuser! This trauma will stay with this child for a very long time, if not forever."

Whereas others don't quite see the issue with it.

One user noted: "We used to get our knuckles wrapped regularly and the blackboard sisters thrown at us. Did us no harm."

You can watch the family's interview here.

What do you think? Should the teacher be fired? Or is it a simple bit of old-school punishment taken too far?