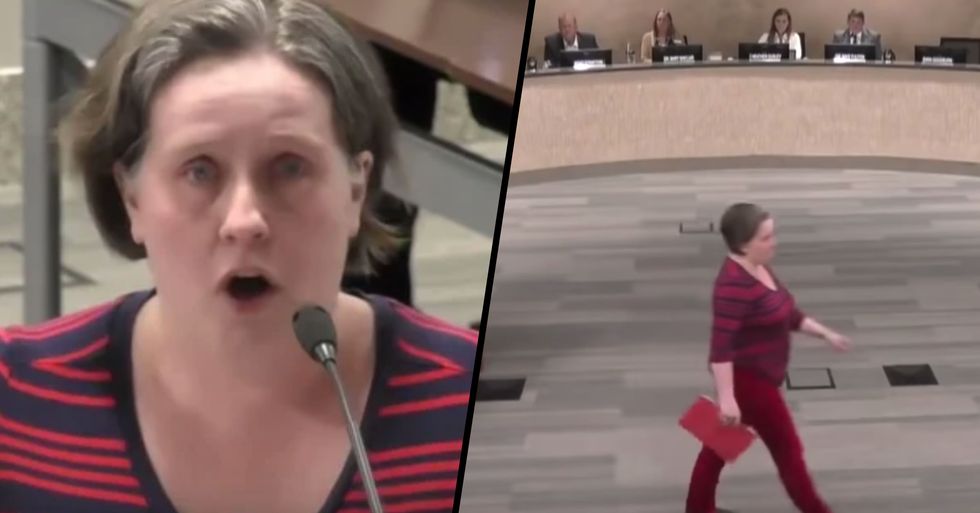 Teaching is one of the noblest professions out there.

Having the patience and energy to teach children on a daily basis truly takes a strong character.

But one teacher recently has had enough of the way teachers are treated in our country and she made a very bold statement.

Teaching not only requires a lot of patience...

But it also requires a lot of time.

To become a teacher...

A person must study very hard in order to obtain the appropriate qualifications needed to embark upon this profession.

But once a person is qualified as a teacher...

It's long hours and low pay for many years until they are deemed "experienced enough."

It's common knowledge that a lot of teachers don't get paid half as much as they deserve...

And this is truly devastating as so many teachers out there are super passionate about their work and helping young people to achieve.

And even though teachers have been promised change over the years...

Nothing has been done.

One teacher has decided enough is enough...

And the way she went about her resignation truly made a statement.

This is Amanda Coffman...

And she has taught for the Shawnee Mission district in Kansas City for twenty-one-years now.

Several years ago, severe funding cuts were made to the Kansas education system.

Appearing in a board meeting recently, which Amanda live-streamed, she said, "teachers had agreed to change their workload from teaching five classes per day to six classes per day."

This working schedule was simply exhausting.

"This year, the Kansas legislature was able to restore some of the funding to schools and the teachers wanted a commitment that the money would be used to hire teachers to reduce workload and class size," Amanda went on to explain.

She went on to say how she felt like the district administration was not willing to discuss things that affected the teachers' work-life and career trajectory.

"Teachers felt strongly that the district was attempting to silence them by issuing the three-year contract. Effectively, they would not have to negotiate with teachers over anything until the Spring of 2022. I have felt increasingly like my voice is not valued in the district over the last few years, and this public campaign to silence us all was the last straw for me," she said.

After discussing with her family, Amanda felt she had no choice but to resign.

"This isn’t the kind of decision you make impulsively. I had been pretty open with my friends and colleagues that if this was the way that the contract went, I was probably going to resign," she explained.

It wasn't an easy decision for Amanda...

Especially during the term-time. "This was a difficult decision to make. As a teacher, it is not even in your realm of possibility that you could leave in the middle of the school year. Several teachers in the district, in fact, have chosen to resign, but at the end of this year."

Amanda felt she has seen warning signs for years now...

"Several years ago, a good friend of mine left education and she said to me, 'Amanda, teaching is like a bad marriage... you never get your needs met, but you stay in it for the kids'."

Amanda is lucky enough to be able to do this...

"I recognize that I am in a privileged position, in that my husband makes a very good salary, and we could afford to do without mine for a few months," she explained.

But the reason she live-streamed her resignation was to make a statement...

"I thought it would make a bigger statement on behalf of the teachers - and draw attention to how important teachers are to the students - if I quit in the way that I did. There was also a sense that I was calling the district’s bluff. They didn’t think any teachers would leave."

Amanda went to parent/teacher conferences the day before her resignation...

"That Friday, I packed up my classroom, went home, and cried. Every time I would start to lose my resolve, the district would purchase an ad in the local paper or their spokesperson would be on TV telling everyone what a great deal this contract is for teachers and how happy everyone was with the outcome. That made it more important that I tell our story rather than letting the administration tell it for us," she explained.

Since quitting, Amanda has spoken to around half of her former students and their parents...

"I received a very nice email with personal messages from around twenty former students, organized by a former student. They seem to understand that I did not want to leave them, but rather that I am living the hard lessons I try to teach," she said.

Sadly, she realizes that she is replaceable.

via: Kansas Families of Education

"I was one of more than 2,000 teachers — a replaceable cog in a larger machine. To my students, I am one of 7 teachers they see every day. I have had some of these students the entire five years I was with the district. I’m a teacher. The students are always the ones that matter," Amanda added.

Amanda then had a powerful message to end with...

Learning suffers when teachers are overworked and undervalued...

Check out the full video above.