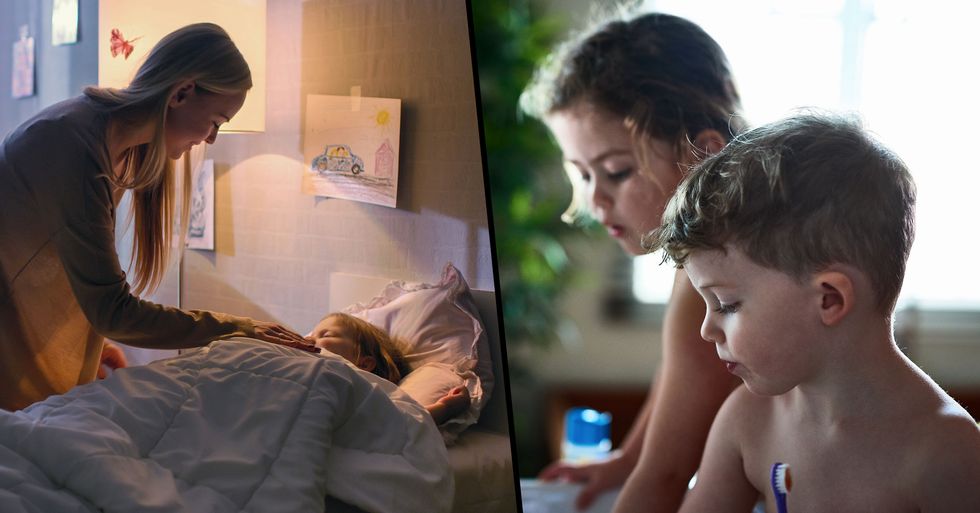 A teacher has shared a guide detailing what times kids should go to bed depending on their age, and it's really divided the internet...

Being a parent can be extremely tough.

Especially for first-time parents, you can feel like you have no clue what you're doing.

Whether that’s getting used to not sleeping properly, knowing what to feed your baby, or even how to change their diapers… it’s pretty overwhelming.

But there's one aspect that many parents struggle with...

When is the best time to put your kids to bed, based on their age?

It begs the question of how much sleep do your kids really need.

If you're a parent, it's definitely a question that's had you scratching your head.

There are tons of forums out there giving advice...

But there never seems to be one set answer.

But one woman claims to have the solution.

For those struggling with their kid's bedtime, we're about to make you very happy.

A teacher has shared a handy guide helping to settle the score once and for all.

The chart shows the exact time children should go to bed, depending on their age.

The guide also states what time your kids should wake up in the morning.

The helpful chart was first shared by Stacy Karlsen...

And it instantly went viral.

Which came as a huge shock to her...

"To me, it was a shock [that the post was shared so much]. I didn't make it up. I found it coming across my personal page and I thought, 'Wow, this is super helpful'," she told Fox News.

Since the post went viral, parents from across the globe have been praising the guide.

With many gushing over how useful it is, while others have claimed it "justified" the bedtimes they had already set for their little ones.

"I have 4 kids — and I catch a lot of flack for their bedtimes," one mom explained.

"I started out setting their bedtime years ago based on how much sleep they need... Glad to see this chart justify the exact times we have already set."

Although, the bedtime guide received mixed reactions from others.

With some comparing it to being in the military. Yikes.

Wherever you stand on the matter...

It's clear bedtime rules are a very divisive topic among parents.

Take a look at the chart below.

What do you think? Want to read another parenting story? Scroll on to read about the mom who has a divisive stance on ear piercings...