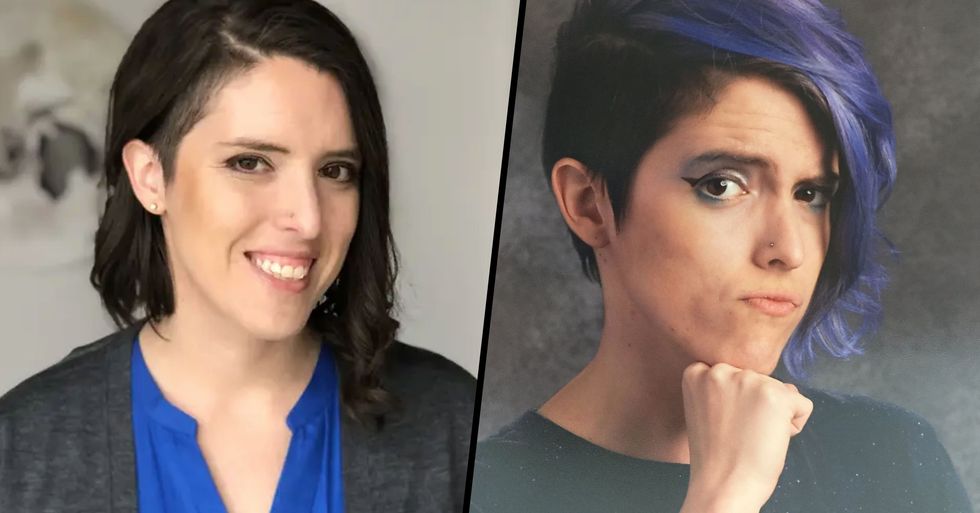 A teacher was suspended back in 2017 for simply being gay, but she has finally got justice 3 years later.

Keep scrolling to learn about how she won a huge settlement and what she plans on doing with it...

The LGBTQ community is stronger than ever...

Despite amazing development, an array of narrow-minded individuals who spread constant hatred and fear amongst this community are still in existence.

These hate crimes are happening all over the world and it's not okay...

And this is why education on the topic is so important...

But it is a sad reality that no matter what, there will always be people out there who are against the community...

And one teacher is a prime example of this.

This is Stacy Bailey...

The thirty-three-year-old worked as a teacher in Texas when in 2017, she was suspended from her position for being openly gay.

Parents felt her discussions with her classes were inappropriate...

According to a press release made by the school, Ms. Bailey received complaints from parents because of reports of her discussing her sexual orientation with elementary-aged students.

She apparently told her students about her then "future wife"...

And another parent had complained to the school district that the award-winning teacher promoted a "homosexual agenda."

Of course, Ms. Bailey was terribly upset with the suspension.

"When a straight teacher happily announces that she and her husband are expecting a baby to her elementary class, is she saying something inappropriate to very young and impressionable students? Is she announcing her sexual orientation? Is she presenting her life in a way that promotes her political beliefs?" she asked. "Of course not. She’s simply sharing facts about her life."

After 8 months of being suspended...

Ms. Bailey was ultimately reassigned to another local high school to resume her position as an elementary art teacher.

This was a big change for the teacher...

In a telephone interview on Tuesday, Ms. Bailey told BuzzFeed News that when she started at her new school, she was nervous about how students would react as news of her suspension for being gay had been all over local and national media.

But instead, fifteen LGBTQ+ students flooded her classroom with candy and they welcomed her warmly to the school...

Ms. Bailey decided to file a discrimination lawsuit against the Mansfield Independent School District (MISD), and in October of last year, a federal judge ruled that Bailey's lawsuit claiming discrimination and a breach of her constitutional rights could go ahead.

The case was heard at the Northern District of Texas federal court in Dallas...

"If the community’s perception is based on nothing more than unsupported assumptions, outdated stereotypes, and animosity, it is necessarily irrational and […] provides no legitimate support for Mansfield ISD’s decisions," wrote Judge Sam Lindsay. "The private antipathy of some members of a community cannot validate state discrimination."

But on Tuesday, the case was settled...

And Ms. Bailey reached a $100,000 settlement with the school district which was announced by her attorney.

This is the justice that she deserves...

"If you are a school district that thinks you can bully a gay teacher out of their job, I hope you remember my name and I hope you think twice," Ms. Bailey said during a press conference on Tuesday.

Ms. Bailey has big plans for her settlement...

She will donate $10,000 of her settlement money from the Mansfield Independent School District to a charity helping LGBTQ students in schools.

This is not only incredible news for Ms. Bailey...

But it is an incredible movement for the LGBTQ+ community. Make sure to keep scrolling to learn about the teenagers who pleaded guilty to brutally attacking a lesbian couple on a London bus...