Things That Are Technically the Truth | 22 Words 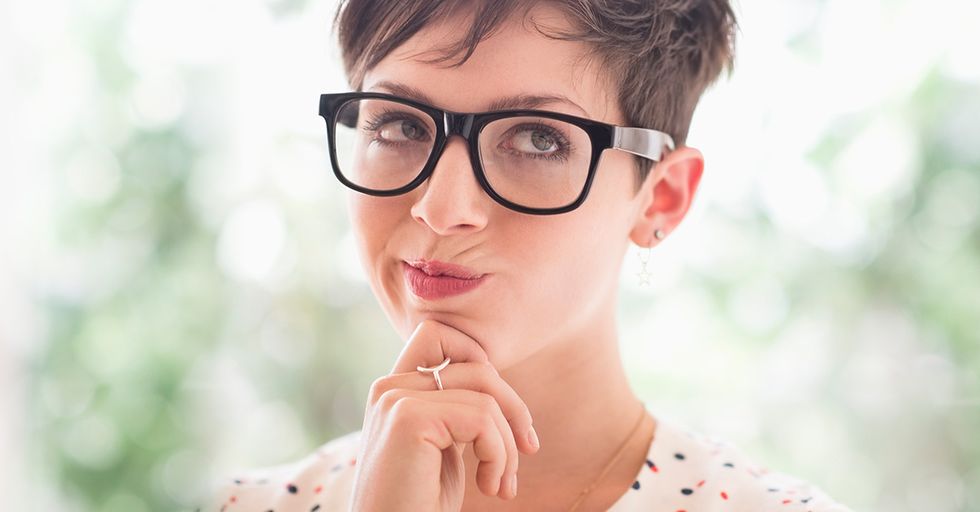 Things That Are Technically the Truth

There's no greater source of online strife than pedantic arguments. People tweet little clarifications at one another and argue over specific word choices so often, it almost makes you think no one with an internet connection has had a class on understanding theme since 9th grade English.

And yet, as frustrating as it can be to be on the wrong side of an argument, it's even more frustrating to know that an argument feels wrong but is, technically, the truth. These tiny little moments that force you to say "I hate it, but you're not wrong" are maddening, but a lot of times, for those of us just watching the argument play out in the comment thread, they're also really, really funny.

Check out these truly hilarious statements are rebuttals that are just, you know, wrong but are technically the truth. No matter how you approach them, you'll end up conceding that there is, in fact, no lie.

You telling me Julius Caesar, who has been dead for well over 70 years, made this salad? - @goodbeanalt Technically you aren't wrong with that number but I just hate it. - @unrealizzztic

How you'd write "I changed a lightbulb" on your resume:

Justin Trudeau wrote, "Today we marched for our planet, for our kids, and for their future."

You don't need to march bro you're literally the guy in charge. - @n_thanki

"These huge companies all started from a garage... what's YOUR excuse?"

I don't have a garage. - @el_branbran

Both born to parents who had thrice defied the Dark Lord.

"Would you eat six donuts?"

Honestly my take-away from this chart is that donuts are healthier than I thought. - @imlowkeycool

A professor left this little nugget in one of his lectures:

More Americans have been married to Kim Kardashian than have died of Ebola. - shaunakchacha

How deep does the armchair rabbit hole go?!

Arms for your chairs are just chairs for your arms. - ya-biooooooii-body

Astronauts don't look that different than people about to pull off a heist.

AFP reported, "NASA is investigating what may be the first crime in outer space, with astronaut Anne McClain accused of identity theft and improperly accessing her estranged wife's private financial records while on the International Space Station." Despite making up roughly 49 percent of the population, women are responsible for 100 percent of the crimes in space. - LemonSauxe

In reality, plants are farming us, by giving us oxygen daily until we eventually decompose so they can consume us. - jl88jl88

Maybe it's not that rare then.

Robert Downey Jr. said, "Well, I could never lend this shirt to anyone." You could lend it to your wife. - Majorhavoc01

Their stats are not what they should've been padding.

Car companies always advertise how quickly their cars go from zero-to-100 but not 100-to-zero, even though it's a lot more important. - Boston54 It's too easy to cheat in that category by using a wall. - ParaspriteHugger

It's a common misconception, but no one has to get married.

To be honest, it's not premarital sex if you just never get married. - pablomcpablopants

Isn't it weird how we pay money to see other people? - @tigertae You mean prostitution, concerts, or the movies? - @chimchim Glasses. - @tigertae

"Who's the real queen of the sea? Let's argue."

"Chefs of Reddit, what do you make when you're drunk?"

In 1977, we received a radio signal from space that lasted 72 seconds, and to this day, we still don't know where it came from. - @MichaelGalanin Yes we do, it came from space. - @AlanFeldstein

I love that "take out" means food, dating, and murder. - @the_omega_sin If you're a praying mantis, it can be all three at once. - hobbitsetal

If anyone were to go back, say, 1000 years with a gun, they could bring down entire empires. - MasonKowabunga You'd need bullets too. - Waxor44

A new scientific discovery claims that fertility is hereditary. If your parents didn't have any children, chances are you won't either. - @Mr_DrinksOnMe

Pretty sure this is what Spider-Man's uncle meant.

I work in a grocery store. - @CowlonFullerton

Or, another possible explanation:

"Millennials aren't buying diamonds — why?" Too busy filling out job applications that ask them to attach their resume and then enter what's on that same resume on the next page. - Gshaw1995

You see, elephants make a specific noise that means "there are bees here let's leave immediately."

"What smells better than it tastes?"