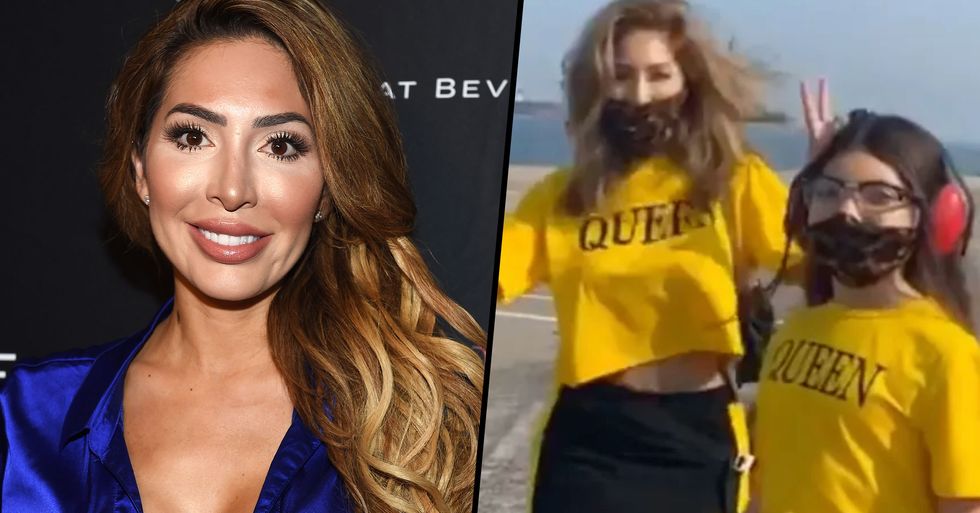 Teen Mom's Farrah Abraham is under fire, yet again, for taking her 10-year-old daughter out for a helicopter ride.

The show followed a group of teen moms through their pregnancies, showcasing the realities of being a pregnant teenager...

Although she didn't fall short of controversy during her time in the Big Brother House. Fans of the show called for her to be removed from the house after she threatened to "kill" her housemates.

Fans of the show called for her to be removed from the house after she threatened to "kill" her housemates.

The reality star has tried her luck with a singing career, too.

And as for her love life?

She is happily raising her daughter and says she doesn't have that much time for dating.

However, Farrah has never been one to shy away from controversy...

And more than often, her parenting skills are the usual fixation of criticism.

Remember when Farrah was spotted doing some rather raunchy dancing?

And standing right next to her? Her ten-year-old daughter, Sophia?

Farrah eventually spoke out in her defense.

She released a statement to TMZ hitting back at the mom-shamers. "The yacht's kind of big, so if some of us are in the front and we're just dancing and having fun — like my friend's playing his violin and his girlfriend's there. I didn't do anything that nobody else is doing. I actually think I live my life a little bit more conservatively than some people do."

She claimed it was nothing her daughter hadn't seen before.

"We live in a household together, we are fairly open. I think when I am single, gorgeous, young and beautiful, I would almost regret looking back at my life not living a happy, outgoing life, and I would definitely hope my daughter's never shamed to cover up herself, and not be her happiest."

Well, it's true when they say trolls are never far around the corner!

Because Farrah is now being mom-shamed yet again.

Farrah took to Instagram over the weekend to document a mother-daughter day out.

She and Sophia were seen wearing matching "Queen" outfits and were walking hand-in-hand toward a private helicopter. She captioned the post, "Queens weekend 🚁🚁🚁 #laborday for all who work and never take a day off! 💯🇺🇸"

Wrong! Mom-shamers were quick to slam Farrah for taking her daughter in a helicopter and for spending "too much time with her." Okay, then.

Do you feel Farrah is being a bad mom by taking her daughter out for a helicopter ride? And do you think that she spends a bit too much time with Sophia? Keep on scrolling to read about the time the reality star mixed up 9/11 with 7 eleven...